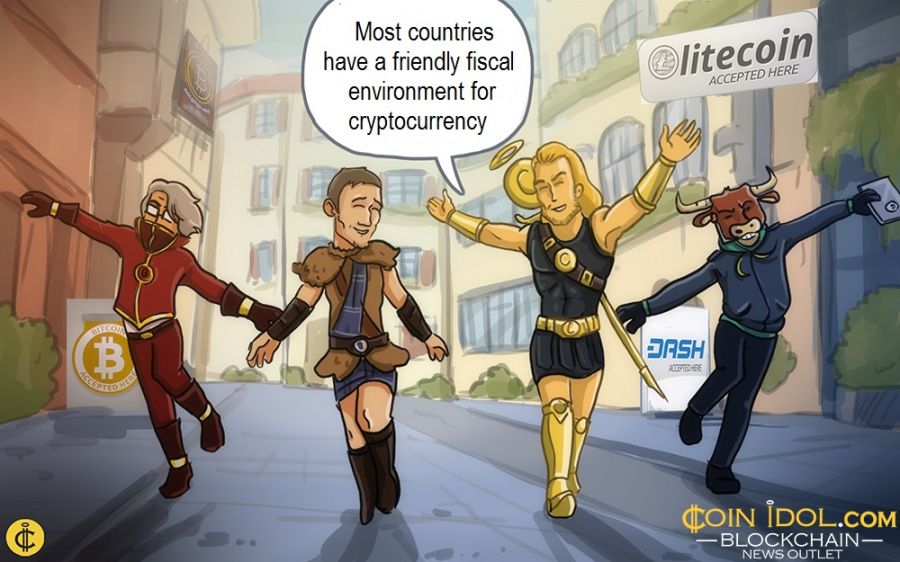 As cryptocurrencies and blockchain technology gain root in the world, governments are becoming more involved in the industry through taxation.

Various countries have expressed various moods to cryptocurrencies. The truth is, cryptocurrencies have taken the world by storm, after it first launched in 2009 and grew a hundredfold in a short span. Many countries are still in the process of developing laws that touch every aspect of the crypto industry, including taxation. Given the volatile and virtual nature of cryptocurrencies, it has been a bit of a challenge to policymakers to cover it in full.

For instance, the United States now wants every citizen with savings in their cryptocurrency wallets to pay an income tax. The US Internal Revenue Services (IRS) sent at least 10,000 emails to cryptocurrency users urging them to clear off their taxes, as coinidol.com, a world blockchain news outlet, has reported.

Recently, Singapore has also joined the league of countries presently imposing some sort of fiscal policy to guide the crypto industry in the world. The Inland Revenue Authority of Singapore (IRAS),  in a 14-paged statement titled “Income Tax Treatment of Digital Tokens” released on its official site on April 17, 2020, clarified on a number of income tax treatments for transactions involving digital tokens. The same modification also touched Initial Coin Offering (ICO) operations.

The good news is that the countries that are regulating cryptocurrency operations through fiscal policies are not totally banning the use of such tokens, but want some return. Most countries are friendly to cryptocurrency in this or that way. According to the list of the most tax-friendly countries for cryptocurrency, compiled by Law & Trust international law firm, Australia has the best taxation climate for the growth of the industry, followed by Argentina, Belarus, Bulgaria and the UK.

What does the renewed government fiscal changes mean to the crypto world?

Generally, governments are concerned about the issue of cryptocurrency taxation. Without a proper framework, cryptocurrency might be used for concealing profits and avoiding being taxed, which is good for the shadow economy growth.

Notwithstanding the recent government interventions, cryptocurrencies are here to stay and the growth of digital currencies is inevitable.