A New State to be Created on Blockchain, Soviet Land Welcomes USSR Admirers 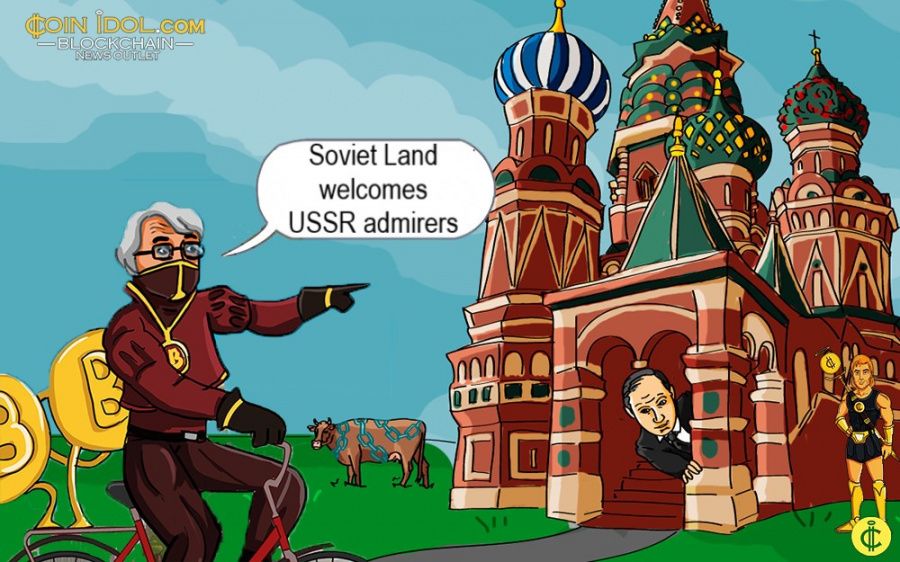 The Crypto market has seen many uses for blockchain technology and has started to get bored with all of them. A brand-new concept of decentralized blockchain state brought excitement to the public. Soviet Land is built on ideas of Communism and imitates the foundations of the USSR.

The fintech project called Soviet Land was registered on the Personal State platform. It has a number of necessary state attributes, including own constitution, citizenship, and social security program.  All people that lived within the USSR borders and their direct successors can join the initiative.

Besides, it also important to mention, that there will be circulating its own cryptocurrency called Soviet Land Crypto Rubl (SLCR). The virtual coin will be accepted everywhere in the state and will be available for international payments and different kinds of transactions.

Founders of Soviet Land promise citizens to return their USSR deposits in Sberbank. The pay off will be performed in the national digital currency, taking into consideration inflation.

The Dark Side of the Moon

It is also anticipated that the state powered by blockchain technology will provide retirees with pension benefits according to Soviet standards. The proposal seems very attractive but the real outcome is not so prosperous. For example, in the days when Stalin ruled, qualified specialists, civil servants and scientists received pension benefits in the amount of 60-100% of their wages, but benefits for workers were much lower than the cost of living, while farmers had no pension benefits at all.

Coming back to the Sberbank deposits story, it is dubious how many virtual coins depositors can receive, as inflation in Russia has grown tremendously since the Soviet crash. Moreover, it is also unclear if it will be possible for people to trade the crypto coins for fiat. One definitely clear thing is that CoinMarketCap has currently no data about SLCR.