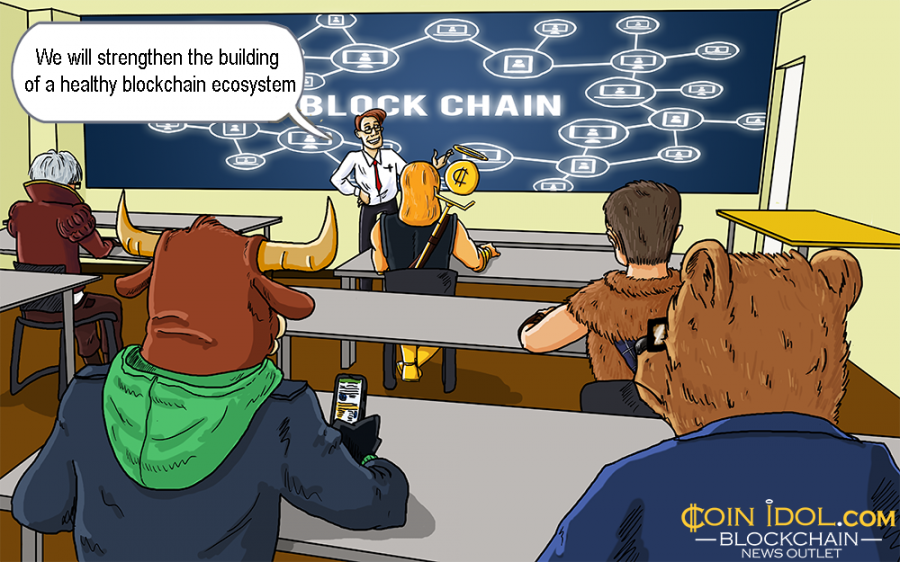 South Korean authorities have decided to establish a blockchain course to help boost development of distributed ledger technology in the country. After an intensive study of the matter, forty-two residents will be immediately set up for a job on the domestic market.

“We will offer one-stop support for employment and business start-ups as well as education for the professional training of employees, and we will strengthen the building of a healthy blockchain ecosystem,” the Secretary-General of the Walton Blockchain Institute, Wang Sang Hyeong, said in a statement.

South Korea will partner with the Walton Blockchain Research Institute to bring this idea to life. The Korea Standards Association and the Ministry of Science, Technology, and Communication will also take part in developing the strategy, the local news outlet Kinews reports.

Blockchain Tech for Everyone

The project is expected to be carried out over 10 years and will cost the government $100 billion. The picked participants have been selected only after a detailed examination of their CVs and personal interviews.

The applicants will have classes every day that last eight hours. After six months, aspirants will finish the course. There is an opportunity for the most successful students to get financial support for the training. Besides, the participants who will show the best results during all period of studying will quickly obtain a good job.

If we take a close look at Asian countries, China (which banned cryptos such as bitcoin), for example, it becomes obvious that South Korea is far more advanced in a number of fields, including blockchain and the cryptocurrency behind it.

Korea continues its rapid development, making the most of blockchain’s potential. The country is reported to aim at creating special cryptocurrency and blockchain zones. Moreover, Korea Telecom announced in July this year, that it is working on a blockchain network that would be used in a range of economic sectors.