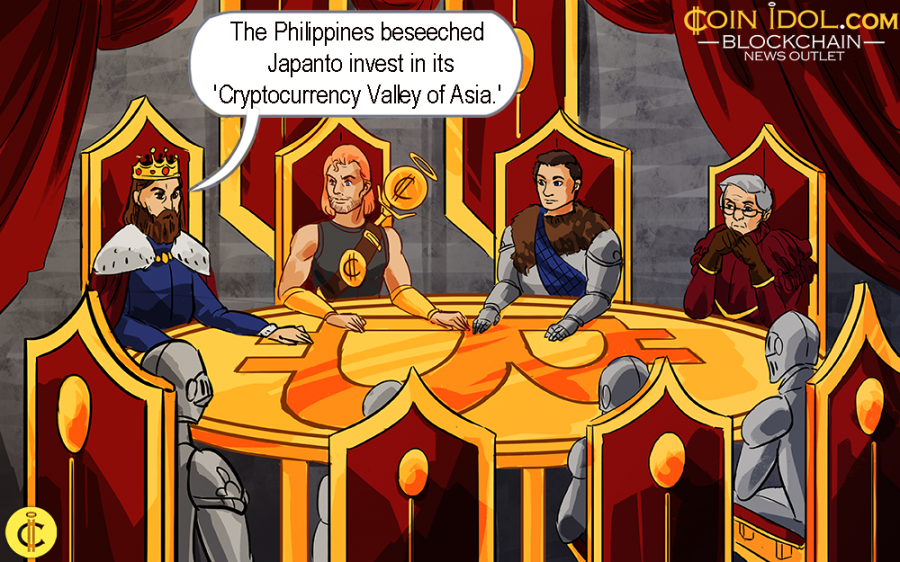 The Special Economic Zone in the Philippines, a Southeast Asian country composed of over seven thousand islands in the Pacific Ocean, has declared a plan to attract Japanese, Australian and South Korean firms to its 'Cryptocurrency Valley.'

The Cagayan Economic Zone Authority (CEZA), government-owned, revealed that it had partnered with Rare Earth Asia Technologies in marketing the 'Cryptocurrency Valley of Asia (CVA)' as the optimal investment destination on the continent for Blockchain technology, Cryptocurrency and FinTech firms.

It will have the undivided right to be CEZA's only marketing and technical partner to elevate the unique Economic Zone within the Pacific nations and change their rising interest in CEZA into actual investments.

CEZA revealed that Rare Earth is considering whether to issue a token which allows its exchange partners to earn a portion of transaction fees. This very establishment will be subjected to CEZA FinTech and OVCE rules and regulations and also the upcoming framework and regulations on initial coin offerings and STO.

Rare Earth Asia Technologies will comply with the set rules and regulations of the responsible regulatory agencies such as Banjo Sentral ng Pilipinas (BSP) and the SEC.

Complying With the Rules & Regulations

CEZA is well positioned in a great cryptocurrency active area in East Asia, where massive volumes of digital currency trade are recorded in nations such as Singapore, China, Korea and Japan.

CEZA provides potential investors distinct guidelines and transparency, alluring tax incentives, access to fertile areas of Blockchain technology and FinTech, plus other advantages. The plan for the Cryptocurrency Valley of Asia includes the rollout of a distributed ledger technology (DLT) and FinTech University to offer skilled workers to firms in the Special Economic Zone.

CEZA has also noted that its main goal is:

"To make the Philippines the regional center for new FinTech innovations as well as a thriving hub for Blockchain and Crypto startups".

CEZA's revenue from Jan - Sept this year purportedly hit around 531 million pesos (approx $10 million), double the earnings for all of last year, thanks to its investment in Crypto and Blockchain technology.

“The CVA will consist of a 25-shop housing development inside the cyberpark developed in compliance with the strict security requirements for licensed overseas virtual exchanges (OVEs) located in CEZA. It will include co-working and living spaces, business incubation and acceleration hubs as well as back offices of OVEs and service providers to the global crypto space.”