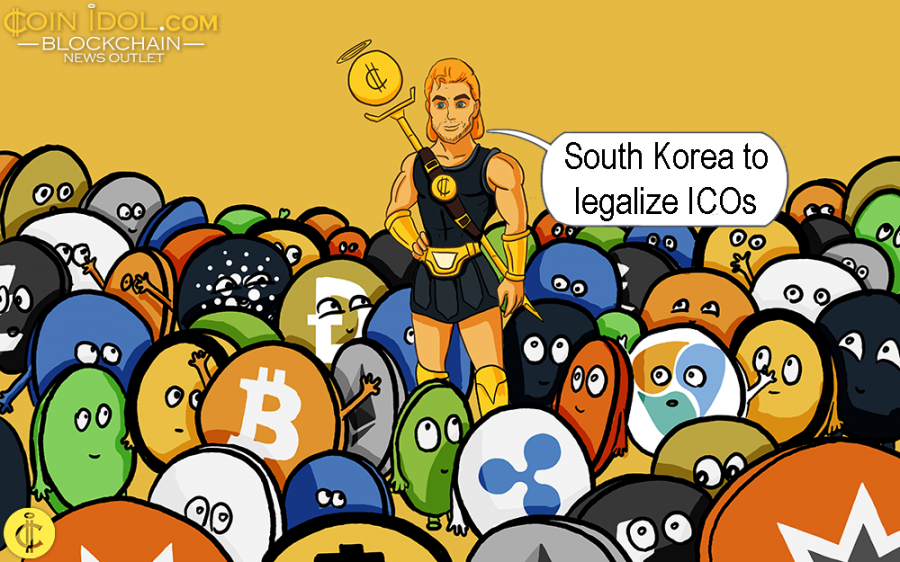 “Regulation is not bad. Regulation is necessary, it is the only way to legitimize the market and allow investors to build trust towards the cryptocurrency market,”  chairman Byung-Doo said.

Chairman Byung-Doo, while at the meeting of the National Assembly of S.Korea, greatly emphasized the significance of welcoming new technologies and avowing new trends in the world finance and technology.

He elaborated that the efficacious $1.7 billion ICO of Telegram and also the $4 billion token sale of Block.One/EOS have indicated rising interest in ICO projects, that the nation can't ignore.

“The government cannot dismiss ICO. It needs to allow companies to conduct ICO. ICO has become a new trend in the global market and it is the responsibility and ability of the government to embrace new technologies,” he said, adding “We can see that the flow of investment is clearly changing compared to ICO and angel fundraising. The ICO has raised $1.7 billion for Telegram and $4 billion for Block.One, It is getting bigger and bigger.”

Recently, Choice Jong-ku, the current chairman of the Financial Services Commission (FSC), Stopped Kakao, the largest Internet conglomerate in the country which has more than 80% market share over domestic Fintech, social media, messaging, online stock trading industries and ride-hailing, from carrying out an ICO in South Korea.

As the legal conglomerate set up as a firm in Switzerland to carry out an ICO overseas, FSC chairman Jong-ku noted that the nation could deem the ICO to be an illegal fund generating method.

“Even if there is no prohibition on cryptocurrency or digital asset trading, there is a possibility that it [Kakao ICO] may be regarded as fraud or multi-level sales according to the issuance method. Since the risk is very high in terms of investor protection, the government has a negative stance on the ICO,” chairman Jong-ku said.

Eventually, Bithumb and Kakao, the second largest Crypto exchange in S.Korea, discarded their plans to carry out token sales.

The first introduction of the legislation led several investors within the domestic market to be non-pessimistic about the long-term boom of the market. With the future-thinking approach of chairman Byung-Doo, S.Korea is hoped to observe significant changes in the domestic regulatory framework engrossing and surrounding the crypto market.