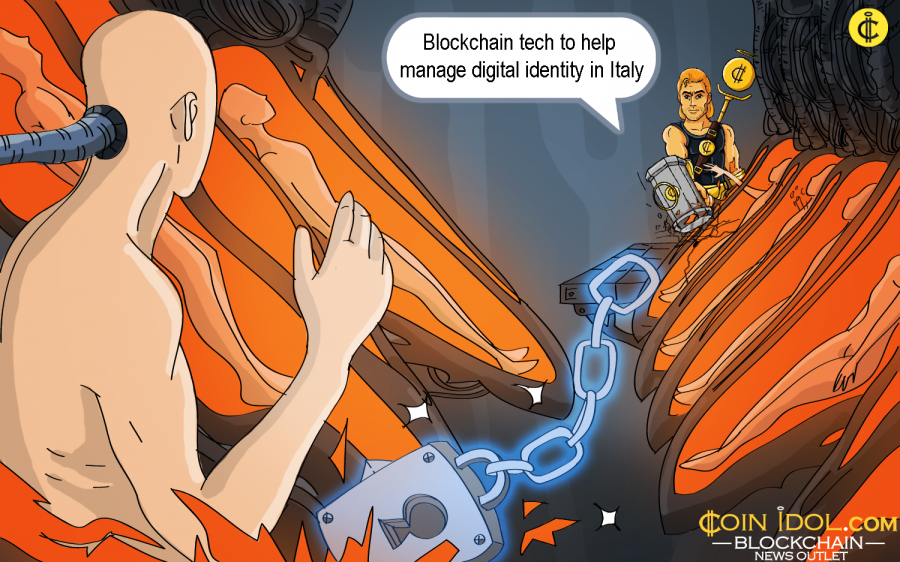 The management of digital identity on the blockchain through smart contracts must essentially split the difference with full decentralization - the requirement for sufficient legal assurances of transactions achieved via smart contract doesn’t appear to be able to work without steadfast third parties, particularly when there are tax effects.

According to the law decree of 14 December 2018, n.135 encompassing pressing provisions concerning support and simplification for businesses and the public administration. Article. 8-ter. (Technologies based on distributed ledger technology and smart contracts) defines smart contract as:

"A computer program that operates on technologies based on distributed registers and whose execution automatically binds two or more parts on the basis of effects predefined by them.”

Smart contracts meet all the requirements of written form following the computer identification of the concerned parties, through an exercise having the requisites set by the Digital Agency for Italy with guidelines to be legally implemented within 3 months from the date it was approved.

In general, the principle must be established that "smart contracts meet the requirement of written form subject to the computer identification of the parties concerned." Digital identity, it is important to define the digital public identity with consideration to the present effective European regulations and to the grounds of application where it can be applied.

For the EU the reference legislation is the eIDAS regulation. By working in line with this regulation, Italy has acquired recognition of the SPID system and is now identifying the Electronic Identity Card.

The elementary nature of Blockchain and distributed ledger technologies based technologies lays the ground for an entirely decentralized identity management system. The foundation of trust in this new formation is no longer the dominant patron authority, but the distributed and equal nature - in the nous of accord methods - of the system.

Individual owner of an identity has a key-value pair with which it can be exclusively identified, whose indexed key is named Decentralized Identifier (DID) and its value is the Description Object (DDO).  To exploit a DID on a certain blockchain network it is essential to delineate the means in a discrete specification of the DID, including the procedure that execute the method in which a DID is registered, managed, updated and cancelled on a blockchain.

The design removes the need on centralized registers for identity identifiers and also excludes the central authorities executing key management in the typical models of graded public key infrastructure (PKI). With DID records on a blockchain, every identity owner can perform as his own root authority: a design known as DPKI - decentralized PKI.

The domain of Blockchain was excessively anonymous, so it is potential for users to exploit those same technologies to generate and manage their own identities on the internet.

Likewise, digital identities find in blockchain technology potent methods by which to execute a decentralized and resourceful system helping network users, offering them comprehensive and disintermediate entree to their digital identity and accordingly of their online presence.

In order to connect and interact with your individual digital identity implanted in a blockchain network it is indispensable to use access points, or else go through distributed ledger technology nodes. These nodes possess fickle requirements depending on the particular distributed ledger apropos computing resources and management times.

For instance, supposing a realization based on Bitcoin (BTC) we can observe that it is comparatively low-cost to perform and uphold a node which acts as a transitional for the transactions crucial for the utilization of one's digital identity, while the same configuration applied on Ethereum (ETH) ends up being very costly apropos calculation resources but give the leeway of using multipart functions like smart contract and decentralized applications (Dapps).

Blockchain technology can’t do anything to a user who puts wrong data, and certainly in this feature lies the utmost criticality of the blockchain, that still ends up being impossible owing to the founding principle unless it totally twists it.

However, these methods are valid and have been tested in different projects, though they are now limited to specific application fields, a characteristic which will possibly fade in the sooner or later when new support technologies will be applied in this field, like the development of "oracle" devices and the enhancement of prevailing deep learning algorithms and hence the use of artificial intelligence (AI).

Tags
Digital identity Blockchain Identity Italy Management Smart contract Contract Transaction Tax
Most Popular
May 16, 2021 at 11:30
News
3 Reasons Why Payment Service Platforms Switch to Blockchain, Facilitating the Adoption of the Tech
May 16, 2021 at 10:35
News
Chainlink Rally Stalls at High of $52 as Altcoin Retraces for More Upside Momentum
May 16, 2021 at 09:29
News
Uniswap Range-bound Between $36 and $44, Attempts to Breach Recent High
May 15, 2021 at 12:40
News
Low Orbit Crypto Cannon LOCC Lottery Draft Occurs Every Hour | Stake Once to Enter All Upcoming Drafts
May 15, 2021 at 11:20
News
Dogecoin Resumes Fresh Uptrend as Buyers Recoup Above $0.40 Support
More