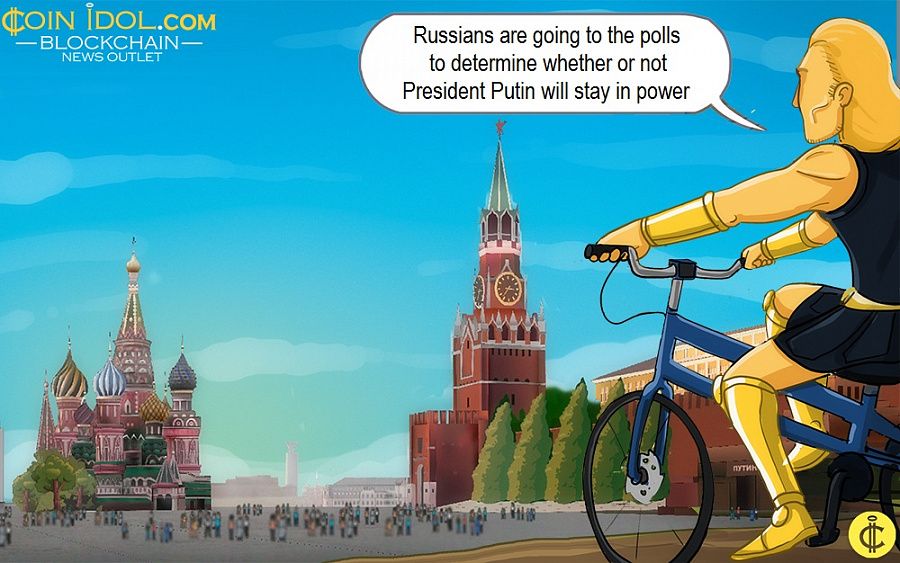 Russians are going to the polls to determine whether or not President Putin will stay in power as the president of the Russian Federation for another 12 years. Two regions including Moscow and Nizhny Novgorod were confirmed to use the e-voting system powered by blockchain technology.

In March, lawmakers approved constitutional amendments that would allow Vladimir Putin to extend his rule on the position of the president for two more terms of 6 years each, but that has to be approved by citizens in the upcoming voting scheduled for July 1.

The voting, in which two large Russian regions have agreed to employ a blockchain voting system was initially scheduled for April 22 has now been pushed back to July 1. The tests of the new voting system will begin on June 12.

In 2019, a blockchain voting system was used, but just about a month ahead of the exercise, a French security researcher discovered a critical vulnerability in the platform, raising concerns over the reliability of such a technology. The old system, according to experts, could be broken by attackers in just about 20 minutes using publicly available software on standard computers.

This is perhaps why the Central Election Commission (CEC) had to review and consider the application of the technology in this year's voting on a case by case basis. Some cities and regions, including St. Petersburg, Karelia and Krasnoyarsk Krai, were not okayed by the commission and are unable to use the blockchain-based voting system in the forthcoming voting.

The Deputy Chairman of CEC, Nikolai Bulaev, explained the reason why only two regions were approved for e-voting:

“The technical capabilities of the system do not yet allow to conduct a remote voting for more than 10 million voters, so we would not want the system to work in an overloaded mode.”

Although the new system is still crafted on the technology of the 2019 blockchain e-voting system, it seems to present more convenience and safety. It hasn’t, until now, displayed any serious vulnerabilities.

An expert at the Golos vote-monitoring NGO, Vasily Vaisenberg, told Kommersant that he is not sure whether “that this time Moscow will conduct e-voting in a way that all voters could trust its results”.

Due to its anonymity feature, most governments have opted for blockchain technology for executing elections, while the technology is praised for its ability to accommodate many users at a time. The Russian CEC has mentioned the new blockchain voting system is capable of handling up to 10 million voters at a time.

Last month, CoinIdol, a world cryptocurrency and blockchain news channel reported that West Virginia was among US states considering going forward with the use of blockchain in their elections after successfully applying the technology in the past.