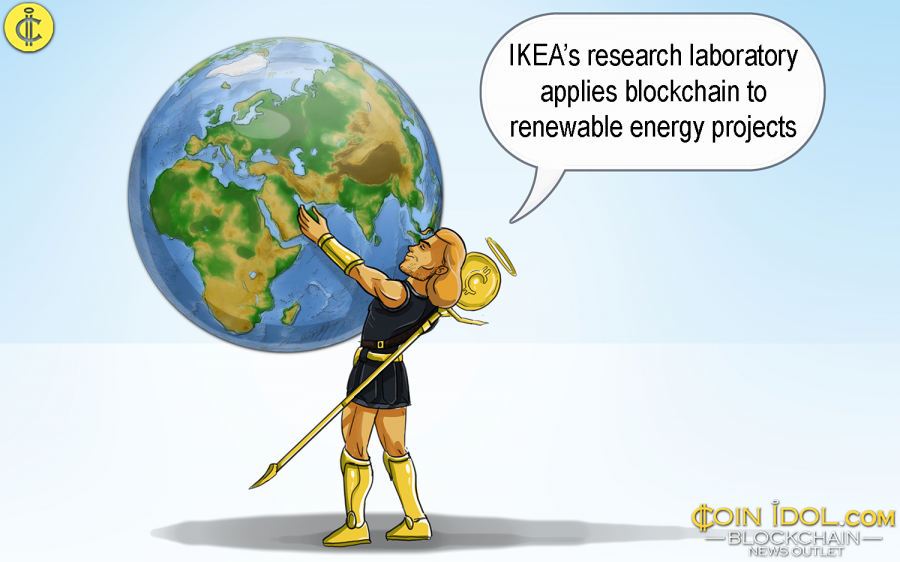 “Centralized energy systems are often too slow and economically inadequate to reach the billion people who remain locked in energy poverty”.

Space10 and Architecture practice SachsNottveit developed the idea together with the blockchain technology experts BLOC, WeMoveIdeas as well as Blocktech, that would enable miniature towns to create and share their own cheap, renewable energy.

The system is a functional prototype of a village known as SolarVille, constructed to a 1:50 scale. It encompasses a wide range of small wooden houses that are irradiated by a pendulous lamp to emulate the sun.

"Our design approach was to turn a very complex, technical project into something acquainted, friendly and playful," revealed SachsNottveit co-founder Anders Nottveit.

The idea sees households produce their own renewable energy with the help of solar panels, excess electricity produced can be bought by other homes within the community straight from the power generator using blockchain.

It targets to give free and full access to renewable energy by launching co-operative micro-grids in several miniature village communities.

"SolarVille is a determined yet fully realizable concept for the future," Space10 noted. "[It's] power to the people in its cleanest form. People purchase renewable energy from their own community, which implies the money remains in their community."

Space10 and SachsNottveit decided on building the village from hardwood because of its "warm and natural" potentials, which they sensed compared with the technical form of the project.

"Another vital design decision was to develop an inclusive architectural language that pooled building details and city structures from diverse cultures and republics – so SolarVille didn't speak to one part of the world while isolating others," they enlightened.

Rows of small LEDs rooted in facade of each house on the installation brighten to demonstrate the energy traded in the community, while a hatch (flap) on the side of the table lets visitors to perceive the real-time energy transactions taking place through the blockchain.

All these features enable visitors to perceive and interrelate with a working and scalable system of power resources being traded in a peer-to-peer (P2P) blockchain technology network as it's trending.

"Solar power is already cost competitive in numerous areas of the world and we can only expect a continuous plunge in prices," said Space10. "[And] after a century of inactivity, batteries have begun to quickly develop, resulting into much better storage and much economical prices, that makes batteries commercially viable."

In conjunction with the concept, Space10 also issued a report into the application of solar photovoltaics as a main technique to decarbonize energy. It underlined how 90,000 terawatts (TWs) of solar energy equated to 900 TWs of wind energy can be tapped universally – and biomass or water energy were “additional orders of magnitude secondary even than wind.”

It further underlines the problems of nuclear energy which it said “both fission and fusion have stern glitches” with the next generation of nuclear power stations attesting costly to build and running into interruptions and budgetary problems. Moreover, storing waste was still a major concern with an affordable and safe way not yet being discovered.

The concept comes after the Ikea’s ruthless complete business goals particularly on sustainability. It has an aim for plummeting greenhouse gas (GHG) emissions from its stores and operations by more than 80% by 2030, an effort that has been appropriated by the Science-Based Targets Initiative (SBTi).

Ikea’s People and Planet Positive stratagem plans how the international retailer wants to support  the circular economy beside headline objectives of becoming “climate positive” and sourcing 100% renewable energy in addition to a single-use plastic veto by 2020. It will also struggle to create all items using specifically renewable and recycled materials by the year 2030.

It also pledges a policy to employ electric vehicles (EVs) for all its last-mile home deliveries in Amsterdam, Paris, Los Angeles, Shanghai and New York by the year 2020, after declaring a 2025 plan of using zero-emission vehicles to make all of its last-mile distributions globally in 2018.