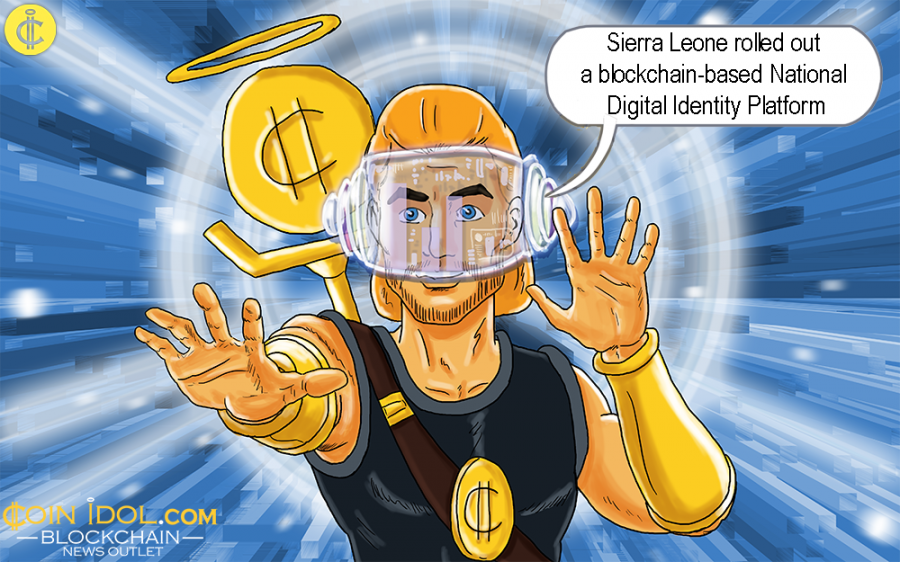 Sierra Leone set a record of becoming the first country in Africa to have national blockchain-based ID system. On August 21, the government rolled out a decentralized National Digital Identity Platform that is based on the distributed ledger technology (DLT) and the platform was designed by both the National Civil Registration Authority and KIVA. The launch happened at Radisson hotel in Freetown and was headed by President Julius Maada Bio.

The aim of this launch is to achieve the promise that was made by President Julius during the United Nations (UN) General Assembly in the United States in 2018. During the event in New York, Julius revealed that his government is planning to collaborate with the UN and KIVA, an American multinational financial services nonprofit company, so as to roll out a big novel project that will help offer more than 7.5 million nationals access to effective financial services, in a secure and transparent manner.

The President was happy to see his government developing the NDIP in just less than a year after making the promise. In his own words the President said that “I am informed, and I announce with pride that this is Africa’s first Blockchain and decentralized NDIS.” Julius is optimistic that advent is going to completely transform the country’s financial sector and enable to access and provide massive business opportunities to potential citizens. Citizens and other organizations will also use this facility to authenticate identity and form credit histories.

There are a wide range of cryptocurrency blockchain projects that could be of more help to the African continent. For instance, the Ugandan government is trying to use blockchain technology to combat counterfeit drugs - this innovation will help to improve the life and mortality rate of the citizens. The project will further spread to other sub-Saharan African countries where indescribable suffering and death due to tropical diseases such as malaria are rampant.

The financial technology (fintech) sector in Africa is also trying to use digital money. That is why many mobile operators such as MTN, Airtel, Moov, Orange money, etc. developed networks that allows people to transfer money electronically or even pay for other utilities such as electricity, water, TV subscription, etc. the continent has popular examples including MTN mobile money, M-Pesa, Flooz and many others, that are wanted for domestic money remittances through USSD, as we reported. Developers now know that blockchain is another best alternative to resolve the issue of remittances in Africa.

Also, there are effective identity management systems that are trying to extend beyond the DLT using the concept of Self-Sovereign Digital Identity (SSID), Know-your-customer (KYC), etc. furthermore, a plan by the European Union to develop a database linking user identities to digital asset wallets is underway. Generally, there are many significant blockchain-based ID systems that are being used or are planning to be deployed in various sectors globally.