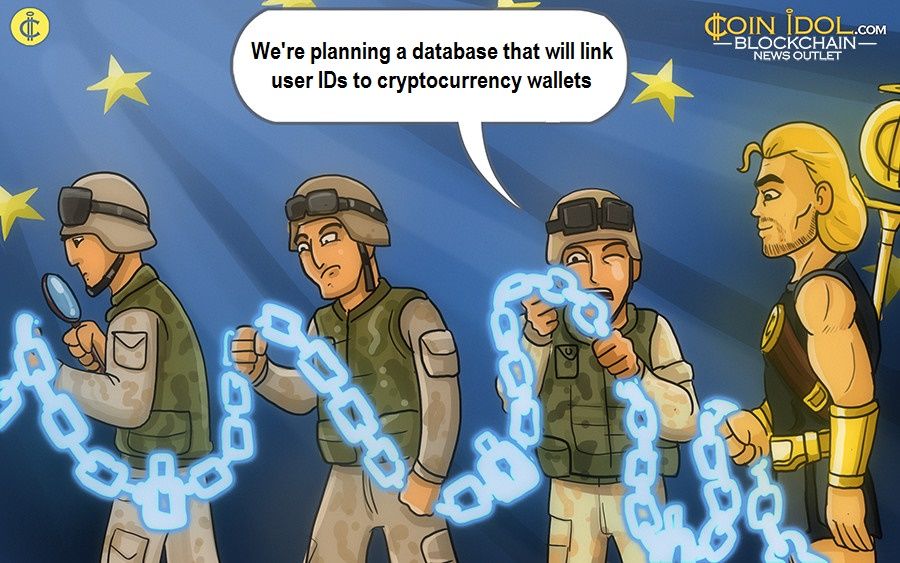 The European Union is planning a database that will assign every cryptocurrency wallet to its holder’s identity. After recently being hit hard by Terrorist activities, the EU believes a lot of the funding for terrorism is done anonymously through bitcoin.

The current anonymity means you can send payments to a wallet without your identity being known. With the planned move of the EU, this won’t be the case. EU governments will be able to attach a user ID to every transaction done within the EU zone for incoming and outgoing transactions.

Will this move help reduce terrorism in European countries?

European governments look at bitcoin as at medium risk of terrorist use to transfer funds meant for wreaking havoc in Europe. Coindol.com spoke  to Board Member of the Dutch Bitcoin Foundation, about his thoughts on this claim, he responded by saying:

How will the people who use Bitcoin and other cryptocurrencies respond?

To assess the possible impacts this move would have on Bitcoin users, Coinidol.com spoke to the Founder of Cashaa (Auxesis Group), a peer-to-peer blockchain market,  Kumar Gaurav, who gave his views in a statement:

“Linking user ID with cryptocurrency address is a good move to monitor the movements of cryptocurrencies quickly.  This step apparently not good for people looking for privacy. But at the same time, it can help to prevent misuse of the cryptocurrencies.”

What are the disadvantages of this move?

Coinidol.com spoke to Peter Trček, CEO & co-founder at Bitnik, a Slovenian bitcoin company, about what he thinks are the most prominent disadvantages of linking users IDs to wallets. He said:

“Connecting regular user's identity to his wallets is impractical if not almost impossible. The a    verage user would own more than one cryptocurrency and would use multiple wallets.No disadvantage for businesses. It might even help. Maybe soon crypto wallet address would be listed next to bank account in business registry. Governments could force popular wallet apps/services to require KYC, sure. But they can't prevent users from creating wallets in numerous other ways.
Sooner or later, EU will have enough knowledge about cryptocurrencies to realise such requirement is unrealistic one.”