The Type of Blockchain Business You Can Do in Africa Today 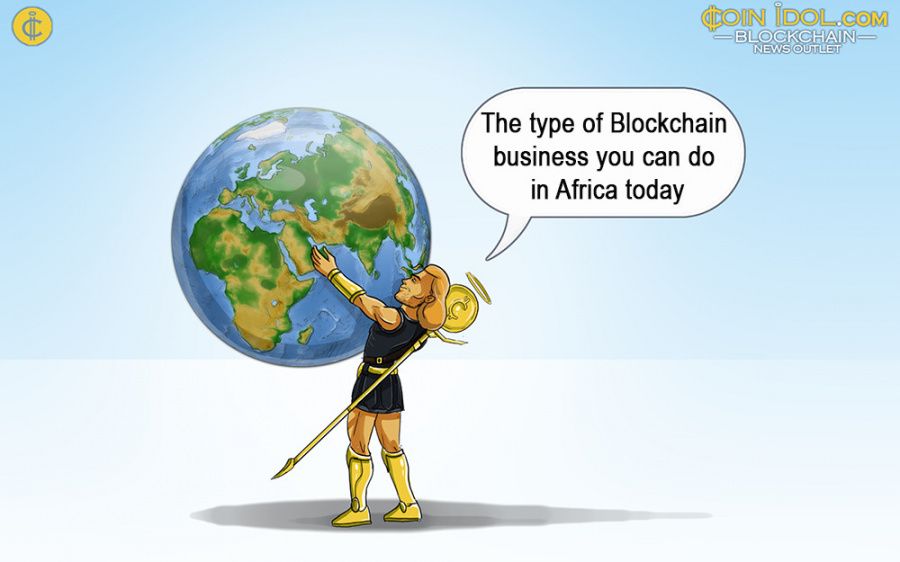 The World Bank are estimating that money flows from migrant workers to developing countries were worth US$ 440 billion last year, more than double foreign aid.

Many founders of new fintech business which want to work on the African market think that when they start to use bitcoin or blockchain it will be a revolution. Obviously, if they don't know where people have problems exactly, they will fail.

Indeed, if the market of money remittance in Africa, is valued at about $429 billions in 2016, it is possible to draw conclusions that from year by year money transfers will be more convenient, faster and cheaper from one place to another

The two main problems for money remittance in Africa are high fees and difficult access to bank services for the majority of people. The average fee per transaction via Western Union is 8-15%, while banks charge even more (up to 29% when transferring from certain countries). Unlike in Europe, fees are taken for every operation: for refilling balance & withdrawing money in-office as well. Moreover, as a rule, remittances are not instant and the intended recipient must wait for a few days to get their money.

To transfer value, either in cash or mobile money form from place A to place B, the A agent must take cash or mobile money from the sender, and at a place B another agent must give it out to the intended receiver. The more such places A and B there are on Earth, the better the service works. Another reason is performing clearing operations seems to be more dangerous in the case of cash.

As for domestic money remittance, every African country has mobile operators which have created mobile money. People like it, because it's very simple to pay bills, for electricity and other needs.

The main African mobile operators are Orange (Orange Money), MTN (MTN Money), Moov (Flooz). Also, M-Pesa is very popular as a service for money transfers in some countries like Kenya and Tanzania.

Mobile money is needed for domestic money remittances via USSD. This technology is very old. It means that, even with an old mobile phone without Android you can use this service.

People are used to this way of owning money. To deposit or withdraw money from your Sim Card account you need to come to the nearest office of your operator, that is very simple.

The problem of introducing new technologies is that they are too complicated for the majority of the population of Africa. For example, many people simply do not know how to read and write. Others do not even have a phone with Android, so they have no opportunity to install an application that might make life easier for them. With Mobile money, which belongs to mobile operators, all of this is not necessary. Their success is the simplicity of technology and low commissions. The only obstacle to total success is the fact that most of the largest mobile operators do not allow you to instantly send money from one country to another. Most recently, Orange money tried to introduce international money transfers into their system and fell under the ban of the regulator almost immediately. BCEAO (Banque Centrale des États de l'Afrique de l'Ouest, i.e., "Central Bank of the West African States") does not allow international money transfers, arguing that they are not a bank and they do not have a license to do so. The BCEAO is in charge of regulating and supervising MFSPs (Mobile Financial Services Providers) in 8 countries in West Africa (Cote d’Ivoire, Benin, Togo, Senegal, Burkina Faso, Mali, Guinea Bissau, Niger)

It turns out that progress has stopped only because of the bureaucracy. On the other hand, if the largest mobile operators establish a monopoly on both domestic and international transfers, this could negatively affect the economies of many countries. Already, a huge percentage of the funds of many countries are concentrated in the hands of private corporations.

In the next 5 years, developers will understand that blockchain technology is the key to solving the problem of remittances in Africa.

In March last year, I took part in the organization of a conference in Côte d'Ivoire. I met many representatives of the banking and cryptocurrency sphere to discuss existing problems. It is a very difficult task to give people technology, the use of which will greatly improve their lives and will be so intuitive that they will not require any special training.

In conclusion, I can add that if developers want to change the African world, they need to think not about how many technologies to integrate into their applications, but about whether people will understand these technologies. Turn off your internet and then you will find a way to use blockchain or cryptocurrencies in developing countries. 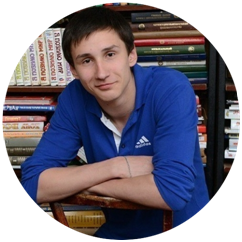 Dima Voloshchuk is a 21 y.o bitcoin and blockchain expert. At the age of 15 Dima started earning money by creating websites, promoting social network groups, advertising a variety of goods and began to study business. In this period, Dima also made his first attempts to manage the team. At the age of 18 he decided to devote himself to study of cryptocurrency. He developed a media project called «CR!PTO Travel», took part in development of decentralized online storage Bitdust, and then worked with Fintech experts in the team of George Gor at the cryptocurrency mass media CoinTelegraph. He is co-organizer of the conference " Blockchain Africa" in Abidjan, Côte d'Ivoire.