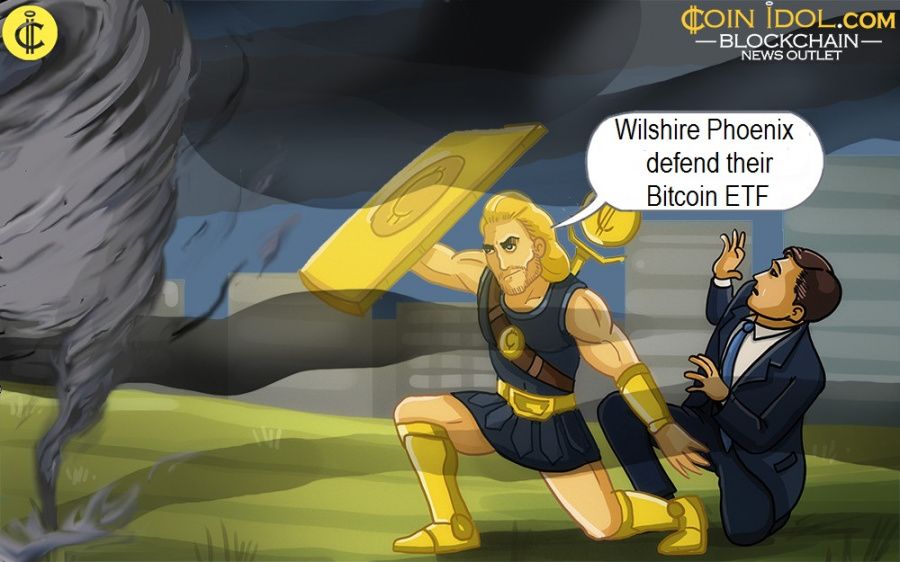 The SEC recently responded to Wilshire Phoenix’s Application for the approval of a proposed rule change to launch a Bitcoin ETF. SEC rejected the citing insufficiently weak strategies for combating major common  financial crimes such as Market manipulation and Money laundering.

As coinidol.com, a world blockchain news outlet, has reported, the SEC refused to approve the proposed rule change filed by Wilshire Phoenix for a proposed Bitcoin ETF. In response, Wilshire Phoenix said SEC is unwilling to accept advancing technologies within the financial Sector. The company referred to the commission as stodgy, citing the Commissioner Hester Pierce known as the CryptoMom.

Wilshire commented on SEC decisions referring to it as a great disservice that causes the investing community frustration. However in SEC’s paper explaining why it couldn’t approve the proposal which was submitted along side NYSE Arca, the commission said the latter failed to satisfy the board regarding market manipulation queries.

In a press release, the company revealed that the commissions feedback was lacking and unsatisfactory. The company revealed frustration after it made every possible effort to get SEC’s attention towards approving the first Bitcoin exchange traded fund. The submission according to Wilshire included extensive analysis equipped with key vital data.

A Bitcoin ETF May Never Happen

The SEC has already rejected a dozen Bitcoin ETF applications from several companies across the United States including Bitwise Asset Management and VanEck. The chances of the regulator approving the first cryptocurrency exchange traded fund to close to none. However companies are still optimistic that they could prepare a good paper that would convince SEC to approve their proposals.

Cryptocurrency and mainstream finance experts believe that the approval of the first bitcoin ETF will open the gate for institutional use of Bitcoin. Once Bitcoin goes to the ETF institutional investors are free to put money into the cryptocurrency industry. This move is expected to balance the boat in terms of streamlining and maintaining fairly stable cryptocurrency prices.