Crypto Newbie: The Scary Word “Blockchain” and What It Means 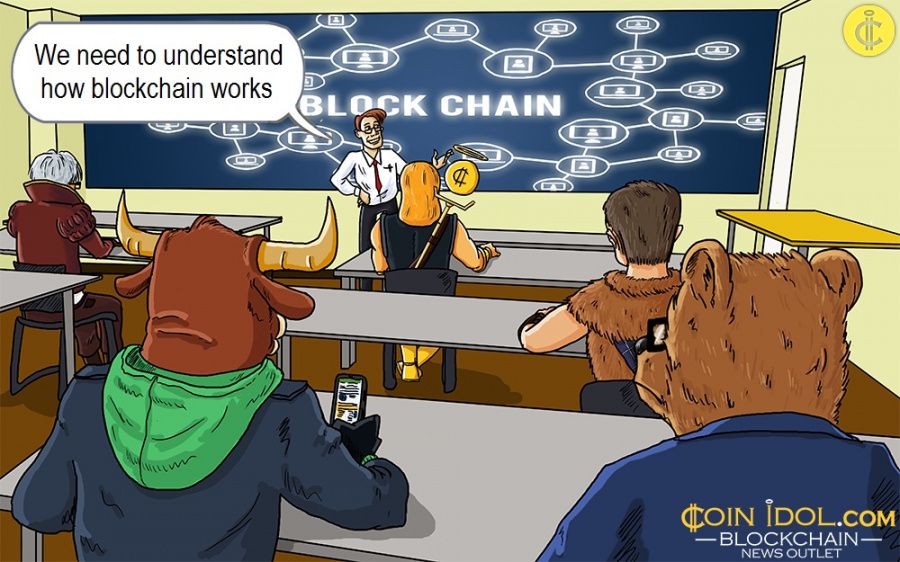 Blockchain has been a buzzword for a while now. However, only techies are able to actually understand what it means and realize all the potential of this technology. For common folks, it is just another “scary” word they hear every now and then without the slightest idea of its meaning. But what does it actually mean?

Blockchain is the chain of blocks, which is quite clear from the word itself. But what is the chain used for? It is used to record various data contained in the blocks. So, roughly speaking, it is a database. However, a peculiar feature of this database is that it is not stored anywhere in a single place, each block is stored on a separate computer (node) connected within a single chain. So there is no single operator of the entire chain, which means it can’t be manipulated.

New word in security and immutability

Such a structure allows for unprecedented security of the network. For if all data are stored on a single server, the information becomes vulnerable. Anyone could break into the server and steal or damage the entire database, making it sometimes impossible to restore the information.

With blockchain, all information is stored on many independent nodes at the same time, thus making it impossible to steal, damage or forge it. Even if someone manages to hack one node, all the others remain undamaged, thus allowing for fixing of the flow.

To confirm and verify the authenticity of the information, blockchain uses a mechanism of consensus. Let’s say, a user has bought a luxury car and recorded its ownership right on the blockchain. Sometime later the car was stolen, and the thief managed to break into one node to forge the ownership right and make it look as if the car was his own.

However, after the police have found the car, they have checked the register and found out that the ownership right was “fixed” only on a single node, while all others have it that the car belongs to the user.

That is the essence of consensus - as copies of the blockchain are contained on numerous independent nodes, it is impossible to forge all of them, and the majority defines the truth. Once the information is recorded on the blockchain, it can not be changed or deleted, and entries are marked with a timestamp, that is the time the entry was made. Therefore, it also ensures for an easy confirmation of information recorded. The first entry is the true one.

However, if a user decides, say, to give the car to his friend, he makes another entry in the blockchain stating the transfer of the ownership right to another person. If we compare it to the case of stealth, we will see that in the second case the information will be recorded to all nodes containing the copy of the blockchain, thus, it can be verified with consensus. Such a mechanism is impossible with any centralised registry or database.

Blockchain was initially designed by Satoshi Nakamoto to back up his digital currency bitcoin. The initial idea was to ensure the decentralised operation of the network while preventing the double-spending flaw. As bitcoin was entirely digital with no physical value, it might be easy to send the same amount to several wallets simultaneously.

However, blockchain prevents double-spending thanks to timestamps. Thus, if you try to make several transactions with the same amount, only the first one will be legit. Then the system will know you don’t have enough funds to make the other ones.

Besides, all entries, i. e., transactions are confirmed by the next ones entered in the network, meaning that all the following transactions contain all the previous ones. This feature is what ensures the consensus mechanism.

Over time, as developers started exploring the disruptive potential of blockchain, it became clear that the technology is quite eligible not only for cryptocurrency and finance. Other industries can also benefit from it greatly, first of all, because it allows avoiding intermediaries, thus allowing to reduce operational cost and ensure fairness and transparency.

As of now, blockchain has been actively explored and applied in various industries including real estate, music, arts, healthcare, fashion, food, tourism etc. with new use cases being introduced almost every day.