For many people who have interest in the development of modern technologies, the term "blockchain" has become something like a synonym for "hype".

Cryptocurrencies have emerged from the underground, they have been openly spoken about on the mainstream TV channels. Over the last two years, Bitcoin has shown a profitability that was could not have been dreamed of by the best portfolio managers on Wall Street. In a wave of excitement, the world has become flooded with thousands of projects whose teams are trying to attach blockchain technology to everything they see - and in so doing collect multimillion-dollar capital at the time of their ICOs. Such industry growth, a pattern that can sometimes even seem frightening, was last seen immediately preceding the dotcom crisis, and this is one of the reasons why cryptocurrencies are often compared to marketing pyramid schemes and investment bubbles.

I'm glad that investors are getting smarter. At an earlier time, many people seemed ready to do anything just to buy this "magical" Bitcoin, but now we see at least a partial disappearance of such market euphoria. Not only professionals, but also people who are distant from this technology are beginning to understand that there are no fundamental reasons for such a rapid growth and such a high appreciation of the world's cryptocurrency.

But, meanwhile, Bitcoin, Ethereum, and other cryptocurrencies are growing extensively - at the expense of a number of proposed solutions, and presently the most important challenge today is this intensive development, and the need to find a solution for the scaling problem (that is, this massive and swift increase in scale of use of the blockchain technologies).

According to the well-known researcher Willy Wu, the number of Bitcoin users doubles every twelve months. Ethereum demonstrates a systematic increase from 50 to 150 thousand unique wallets per day. This is quite impressive, even taking into account the fact that a unique wallet is not equivalent to a unique user.

These significant growth rates will sooner or later lead to the fact that the networks of the two leading cryptocurrencies will not be able to perform their basic functionality in an efficient manner: to quickly transfer and create value. (We have actually already seen this take place, if one remembers the phenomenon of CryptoKitties.)

Such limitations on the current state of the blockchain technology are a consequence of the principles of network operation. Bitcoin adapts the complexity of calculations so that a new block is formed about once every ten minutes. The fact is that the block size and the time of its generation are related to the block propagation delays on the network between the edge nodes of the network. And it must not be any longer than this time - otherwise all nodes will each have their own version of the chain of blocks and everything will collapse.

So then, Why Do We Need Enecuum?

The Ethereum team is actively exploring possible ways to solve the scaling problem, mainly due to shading (splitting the network into several parts), and also by switching from PoW (Proof-of-Work) to PoS (Proof-of-Stake). The latter can entail the problem of "rich rich people": a situation where owners of large funds will receive more rewards for the block simply because "big" wallets give a greater likelihood of participating in the formation of the block. However, despite the fact that the Ethereum team is doing a tremendous amount of work on improving the network, the speed of implementation of new solutions is still not high.

An alternative solution to the problem of scaling is the introduction of the directed acyclic graph (DAG). The essence of the solution is that transactions are not "packaged" into blocks, but are instead confirmed by each other; that is, the links of new transactions to previous ones confirm the latter. This solution is used by colleagues from ITC, IOTA and Byteball. Its benefit is a higher speed of transactions, due to the lack of the need for building blocks; for example, IOTA can boast a bandwidth of up to 800 transactions per second. However, scaling with DAG does entail some security problems. The latter are, unfortunately, the result of the choice between speed and security that are faced by projects using a single-level consensus algorithm to increase the number of operations per second.

To solve the problem of creating a secure network with a large bandwidth, the Enecuum platform was developed.

We came to the conclusion that the problem of scaling can be solved by using the basic principles of DAG and the elements of the "block" transaction system - and we call this the HyperDAG solution. This is a mechanism that features highly flexible settings that open up new possibilities for using blockchain software, including applications suitable for business. 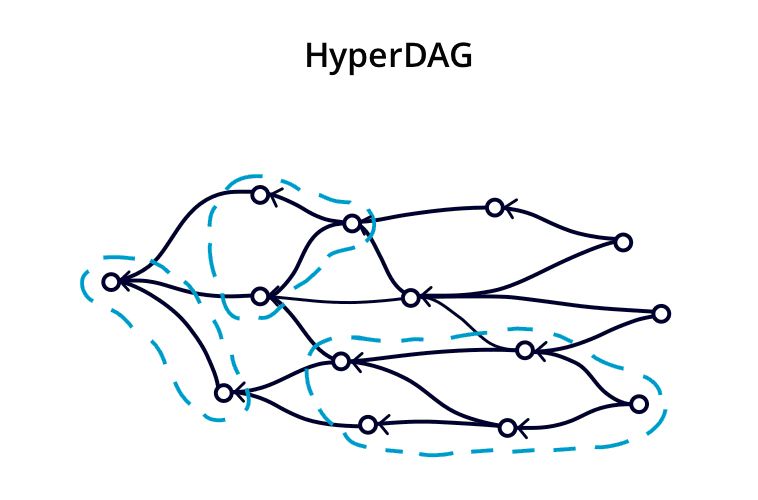 The essence of HyperDAG is that it combines the principle of confirming transactions by subsequent and forming blocks based on a hybrid consensus algorithm, which also includes the PoW element as the most stable from a security viewpoint. The key difference from the older form of DAG is that transactions entering the system can refer not only to one of the previous ones, but also to the group included in the block.

As a result, we gain a solution to the bandwidth problem, the ability to process tens and hundreds of thousands of transactions per second. At the same time, security is achieved through step-by-step use of PoW- (when building blocks), PoA- (for transaction verification) and PoS- (when verifying the purse balances) of consensus algorithms.

Using multi-level algorithms makes the confirmation of transactions within the network much safer than in standard cases (by the way, this opinion is confirmed by colleagues from Microsoft). This also allows us to solve a number of key problems with each algorithm separately (such as the concentration of computing power in one country, as happens with PoW in the case of Bitcoin, or the problem of "rich rich" that exists in basic variations of PoS), and is also connected to the process of forming blocks, confirmation of transactions and verification of almost any device, right up to smartphones.

Among other things, we are already actively working to integrate the sidechains (chains of third-party networks and applications based on Enecuum) into our solution. Such a measure makes the Enecuum platform so flexible that it allows one to create practically any solution for B2B and B2C segments, from payment services to secure exchange systems. Only the holder of the token will be able to decrypt and read the "branch" with transactions with these tokens.

One Million Transactions Per Second

Obviously, the problem of scaling is unlikely to be solved without the implementation of shading, so the nodes of our platform are not required to store the entire block. If organizations (or DApps) plan to concentrate only on their own solution and store only relevant information, this becomes possible. Thus, in parallel, the task is not required to store gigabytes of unnecessary information.

We have opened our own testnet, and now we can predict a network bandwidth of over 1,000,000 (!) transactions per second, which completely covers the existing needs of business and traditional payment solutions. Even operators of the IIoT infrastructure will be satisfied. 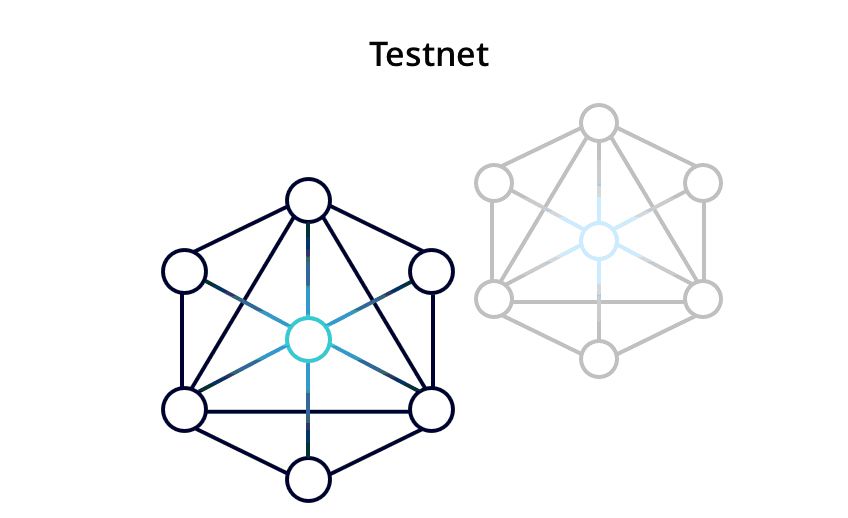 In addition, we try to take into account the experience of Ethereum and the community's recognition of the benefits of smart contracts, so we simultaneously introduce the appropriate functionality into our platform. Cross-connects, high bandwidth, security and automatically executed agreements - all this, in our opinion, allows us to create the most automated, transparent, reliable and flexible ecosystem. This is the outcome that we in fact strive to achieve.

Now anyone can join our testnet. Its PoA emulation is already in operation, and soon the opportunity to work with emissions will be added. Enthusiasts can visit us at GitHub, and more details about the technology can be found in our White Paper. 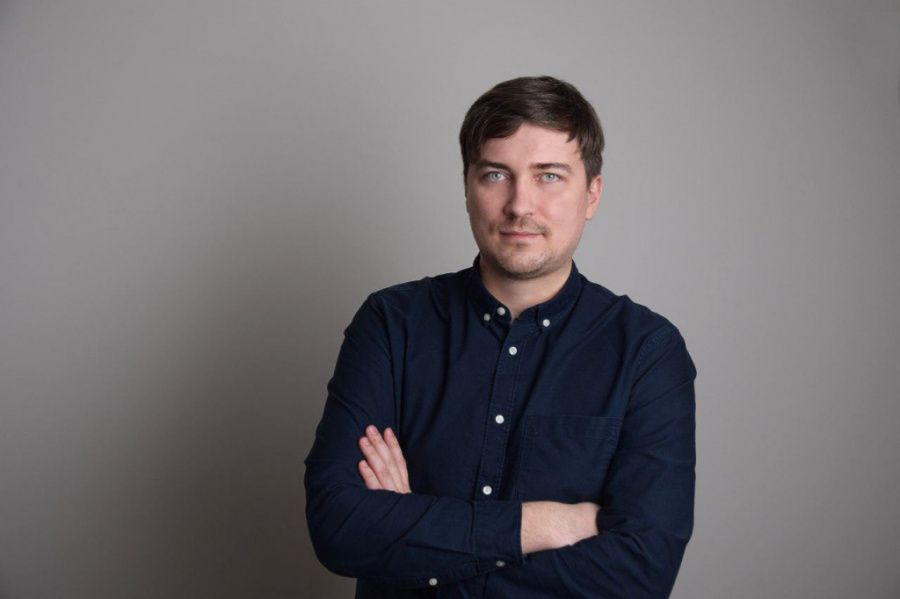