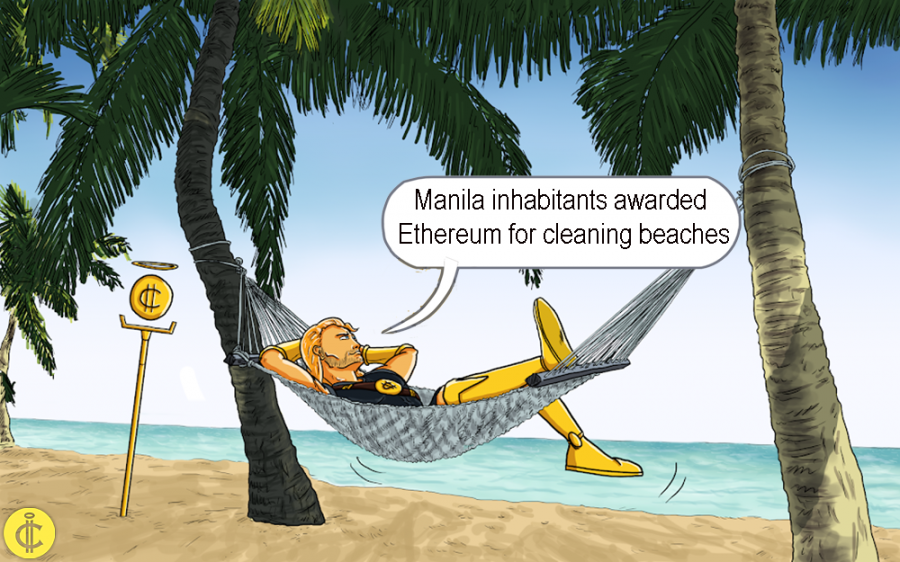 The people of Manila, Philippines' capital city, will be paid Ethereum (ETH) for tidying a highly polluted beach in the region. The payment is enabled via a decentralized application (dApp) called Bounties Network - on the ETH Blockchain, that also works as a freelance platform for the accomplishment of different key tasks.

Bounties Network allows everyone on the platform to make a bounty and reward all participants involved in cleaning using Ethereum. If the similar project was to be done and participants paid using fiat currency, it would be almost impossible to be accomplished, according to CCN report.

This is because all participants would be required to possess bank accounts, and high fees charged during the transfers, legal & accountancy exercises would deter the whole movement. They would even take over 14 days to complete an international transfer. Every partaker is given 0.03 ETH as a reward after the completion of the task.

ConsenSys Impact is an auxiliary of ConsenSys, and recently rolled out the reward on Bounties Network, popularly dubbed "Bounties for the Oceans: Philippines Pilot, Sustained, Verifiable Plastic Cleanups." The effort motivates residents to stand up and make the beaches tidy by themselves rather than depending on the centralized institutions:

“Plastic pollution costs the lives of 1 million seabirds and 100,000 marine mammals per year. Fish eat plastic, and we eat the fish. Plastic causes $8 billion in damage to marine ecosystems each year.”

The project aims at doing two things at once - making the environment clean and evolving from fiat currencies to cryptos. Residents of underdeveloped areas also require to get understand and get used with the new type of finance to elevate world adoption, but not just in first-world people in developed Manhattan bars. According to Joseph Lubin, ETH co-creator:

“In Manila, participants will be paid in ETH for spending a few hours cleaning up one of the most heavily polluted beaches in the world. Bounties Network and ConsenSys Impact are proving a new model where people fund causes directly without intermediaries.”

As a lot of these decentralized small-projects multiply, people will know that centralized government isn't important, and has failed when it comes to financial distribution, environmental concerns and global poverty.

Energy has to be put back to minor regions helped with artificial intelligence and distributed ledger technology for both localized and democratized decision making. It has an added advantage of being cheaper since not a single dime is wasted on supporting a third-party. Eventually, the world will become better when we promote individual action through suitable incentives, instead of waiting for a political and economic structure which won't materialize by itself.

Recently, the Philippines came out to ask Australia, South Korea and Japan to invest in its "Crypto Valley," as reported by Coinidol.