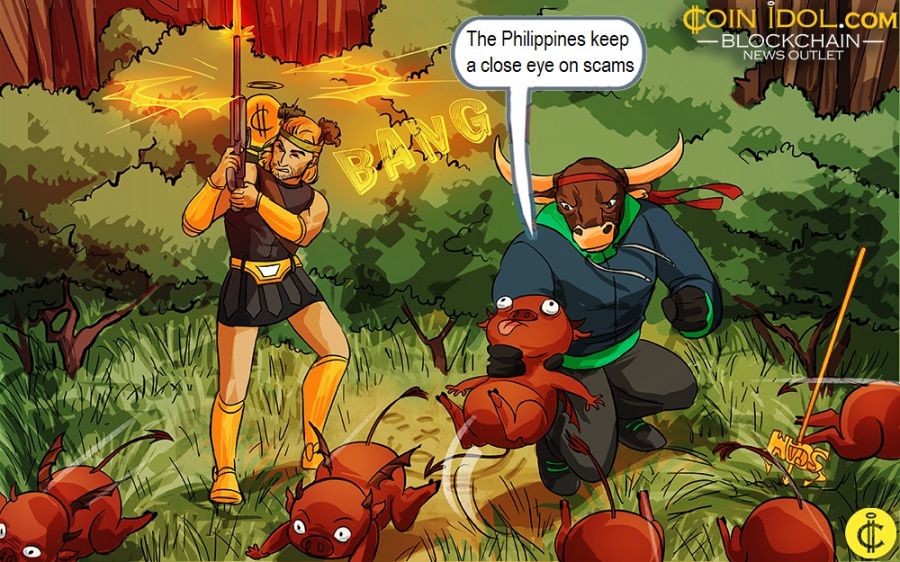 As the cryptocurrency market has been attracting more and more users, governments are forced to watch over the industry to protect the citizens against numerous scams and risks. Thus, the government of the Philippines issued a warning against unauthorized Bitcoin and cryptocurrency projects that might be scams.

As per the official warning issued on Wednesday, July 1 by the Securities and Exchange Commission (SEC) of the Philippines, people should be cautious while dealing with three cryptocurrency projects such as Forsage, RCashOnline and The Saint John of Jerusalem Knights of Malta Foundation of the Philippines, Inc.

The first two startups have not been properly registered within the SEC, while the licence of the third one was revoked by the watchdog back in 2003. So the SEC warns users against dealing with them due to doubts in their legitimacy. The warning was aimed at protecting the country’s citizens against possible losses.

Other regulators are also keeping an eye on suspicious projects to protect people before they are harmed by scammers. Back in March 2020, the Department of Finance (DoF) also issued a warning against destructive get-rich-quick online projects such as Bitcoin Lifestyle allegedly rolled out by the government.

The country’s regulators also continue to warn any party engaged in or working on behalf of scammers about the responsibility they might face for breaching the existing Securities Regulation Code (SRC) as well as the Bayanihan Law.

Malevolent players and operators in these hard times of coronavirus could come under the scope of Republic Act 11469, or the “Bayanihan to Heal As One Act,” that punishes parties engaging themselves in cyberattacks and any cyber-related events or victimizing the populace via potentially harmful scams, deceitful emails, phishing or other akin acts with 60-days in prison or face a fine of P1 million PHP (approx. $20,180 USD), or both.

Last year, the entire world registered a total loss of about $4.4 billion from digital currency-related crimes. This means that the number of losses caused by fraudulent schemes increased by around $2.7 bln in a period of just 12 months.

However, notwithstanding the protracted bear markets, cryptocurrency adoption is gaining momentum in the Philippines. The country was known for its friendly stance on crypto even before the COVID-19 pandemic. The SEC has played a big role to see this acceleration in the growth of the cryptocurrency industry by actively drafting crypto guidelines to help regulate this nascent lucrative sector. The active digital currency community full of crypto-friendly millennials make it possible for the cryptocurrency industry in the country to flourish.

By August 2019, the Bangko Sentral ng Pilipinas (BSP), the country’s central bank, registered more than 13 crypto exchanges. Also, there are over 35 other cryptoasset exchange operators that are registered and approved by the state-owned Cagayan Economic Zone Authority. The Philippines’ pragmatic methodology seems ready to enable financial technology including blockchain and cryptocurrency to grow, develop and succeed.

With the outbreak of coronavirus, the interest in cryptocurrencies in the Philippines has grown even further as people were forced to isolate themselves and minimize physical contacts. As CoinIdol, a world blockchain news outlet reported, about 80% of the country’s population own cryptocurrency due to lack of banking services. In fact, the Filipinos have even invented a special word “Rebittance” meaning “Bitcoin Remittance”.  With more than 10% of GDP being contributed from remittances, Filipino working abroad are using crypto assets as a way to remit money back home.

On the other hand, the rise in interest triggered the rise in fraudulent activity. It seems the Philippines have also fallen victims to the increase in scam projects that affected most of the globe. However, the country’s regulators and watchdogs are on the alert to protect their citizens against criminal activity and keep their money safe while they are dealing with digital currencies.