What are the legal, regulatory and tax policy prospects for the token sales sector in India? This question will be answered by panel discussion participants at Blockchain & Bitcoin Bengaluru conference on February 22.

Currently, the Indian authorities haven’t created specialized laws for ICO regulation. However, despite this fact, the country’s government didn’t prohibit the release of tokens. That is why, global blockchain startups consider India as a platform for token sales launch.

During the Panel Discussion, crypto experts will discuss legal aspects of carrying out ICO in Indian jurisdiction that will appear in the future, including not only the token status, but also the digital assets taxation. Participants of the Panel discussion are: 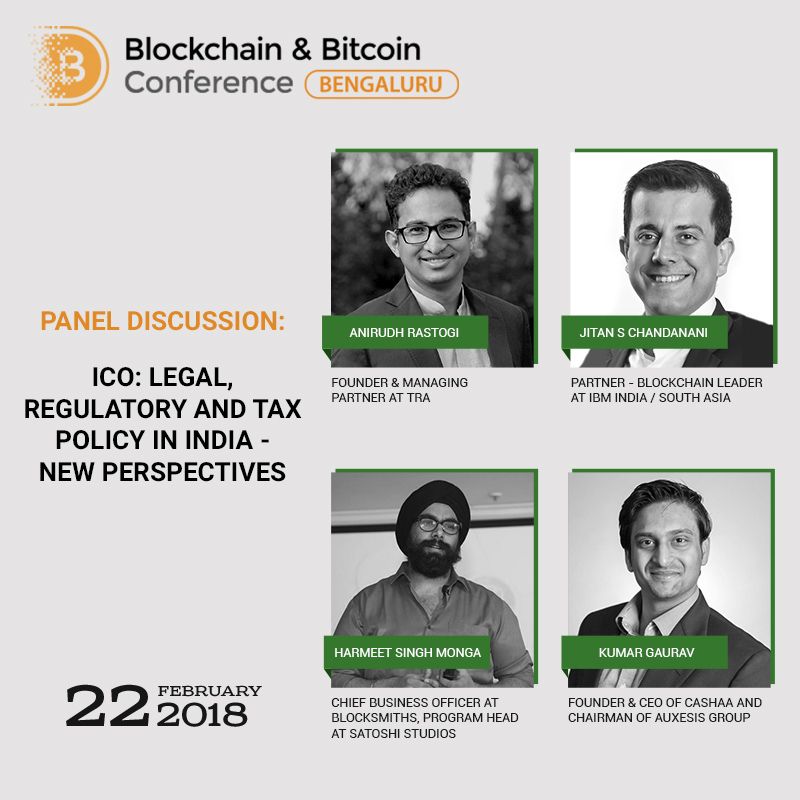 The attendees will be able to take part in the discussion and ask questions to the Panel Discussion participants.

The event program and other details are available on the website of Blockchain & Bitcoin Conference Bengaluru.