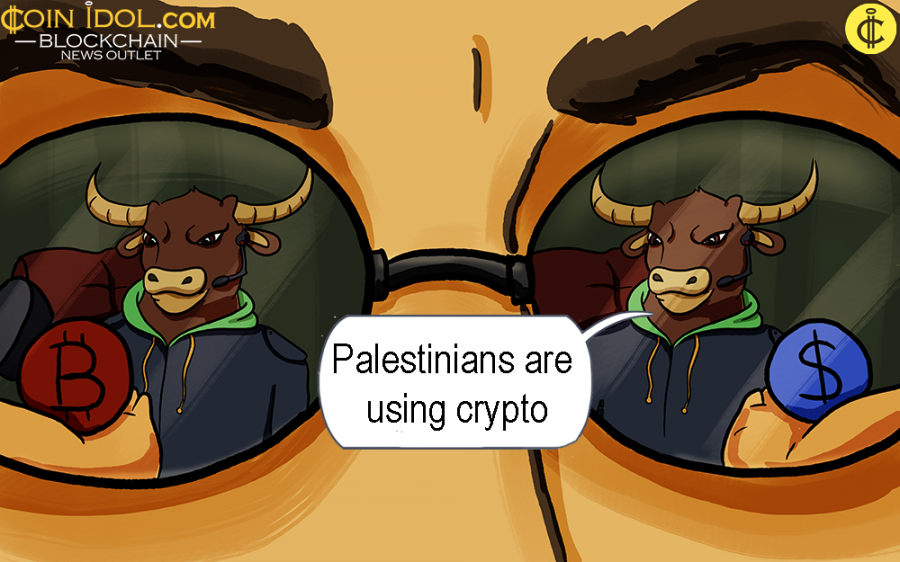 In a tiny but multiplying community of Cryptocurrency users in the largely occupied Palestinian territories of the Gaza Strip and the West Bank, Bitcoin (BTC) has become a source of salvation in a crisis.

An experienced financial analyst in Gaza, Ahmed Ismail, estimated that there are almost 20 illegal exchange offices trading virtual currencies to local users. Ahmed himself assists 30 clients in using BTC to buy various investments abroad, such as stocks, because there exist no local options where locals can put money to work.

Bitcoin, a Lifeline for Palestinians

Mohammed, a Crypto trader in Gaza, told Coinidol that over the last 4 years he assisted over 50 different families per month to buy an average of US$500 worth of BTC each to transact money abroad or shop online.

"Bitcoin, in their opinion, is cheaper, safer, and quicker," he said. "Nothing works with Palestinian banks. Bitcoin wallets are alternative banks."

While Palestine is not suffering alone both economically and politically in an era where virtual currencies are paving the roads, it's more or less unmatched among these markets in terms of catalysts and barriers to adoption.

For instance, Palestinians are not suffering from the hyperinflation that hit Turks, Venezuelans and Iranians to hodl Cryptocurrency with a limited supply, since they lack a national currency, but continue to use more stable foreign currencies.

But another crucial property of public Blockchain networks is certainly attractive in the Palestinian territories.

Any individual can carry out a peer-to-peer BTC transaction. And when the transaction is settled, it can't be disapproved by an intermediary. This would seem to combat a major problem for a community with circumscribed access to the world economy amid the continuing conflict with Israel. Even several supporters in the West saw their accounts in banks closed down for sending money to citizens of Palestine.

"There is no payment gateway, like PayPal, for entrepreneurs to receive payments internationally," Laith Kassis, CEO of the nonprofit Palestine Techno Park in the West Bank, told CoinIdol. "So here comes solutions on blockchain with private nodes."

However, an electronic currency can operate very well in a region where power outages can be a day-to-day occurrence and to some extent, traditional banks sometimes hustle to transact with outside world.