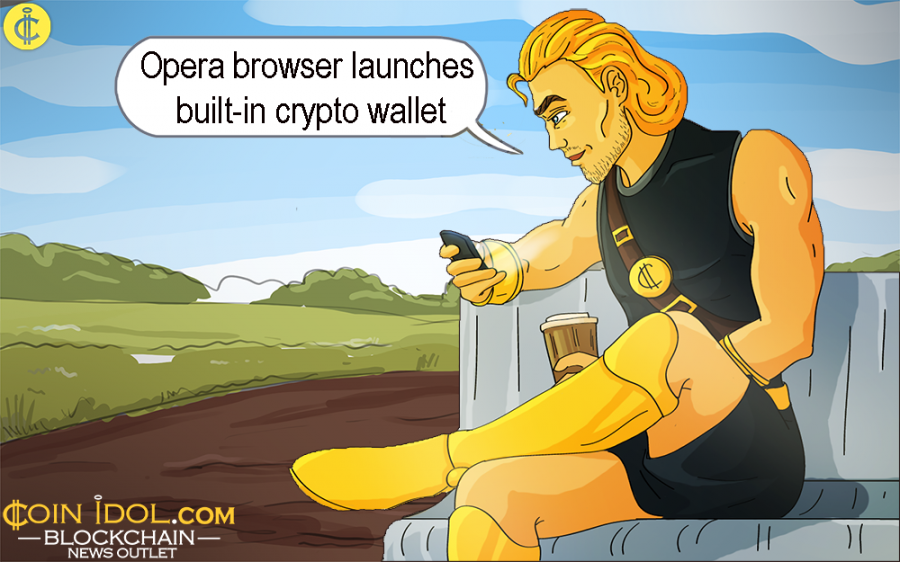 Opera browser has announced officially that is soon releasing a “Web 3-ready” Android browser that has an in-built crypto wallet.

The product manager of Opera Cryptocurrency, Charles Hamel, revealed via a statement that:

“Until today using cryptos online and accessing Web 3 needed special apps or extensions, making it hard for users to even try it out. Our new Opera browser discards that friction.”

Charles further disclosed that while the new commodity appears similar to the beta version, the company took the feedback and response on board and updated the interface of the App, since it needs to reach a vast audience. Due to that, it uses simple language & interface. The overall steps required to get the crypto wallet have been decreased significantly.

In July 2018, as coinidol reported, Opera was planning to ship a new mobile Beta browser with an in-built crypto wallet for all devices running Android OS. At that time, Charles said:

"We believe the web of now will be the interface to the decentralised web of tomorrow..... by becoming the first significant browser to open up to Web 3.0, we would like to contribute to making the Internet of the future more accessible.”

Opera supported ETH because of its higher number of developers creating dApps and the effort it has gained at the back. Charles also revealed that Opera had acquired howlback from several developers planning to make certain that their dApps performs as minted and intended to work in the browser, and thus, improved stability & improved dApp compatibility is achieved. The crypto wallet is highly secure more than the browser extension.

As I write now, the Android browser is already in the Google Play store. Opera plans to add similar updates to its own Desktop browser running on Mac, Windows, Linux (Ubuntu) by next year.

In September 2018, Opera rolled out its Desktop browser which was specifically for testers, the browser enables users on its network to handle funds on the ETH blockchain tech and browser dApps, as coinidol reported.

“Our hope is that this step will increase the transition of cryptos from speculation and investment to being used for actual payments and transactions in our customers’ day-to-day lives,” said Krystian Kolondra, Opera’s executive vice president for browsers.