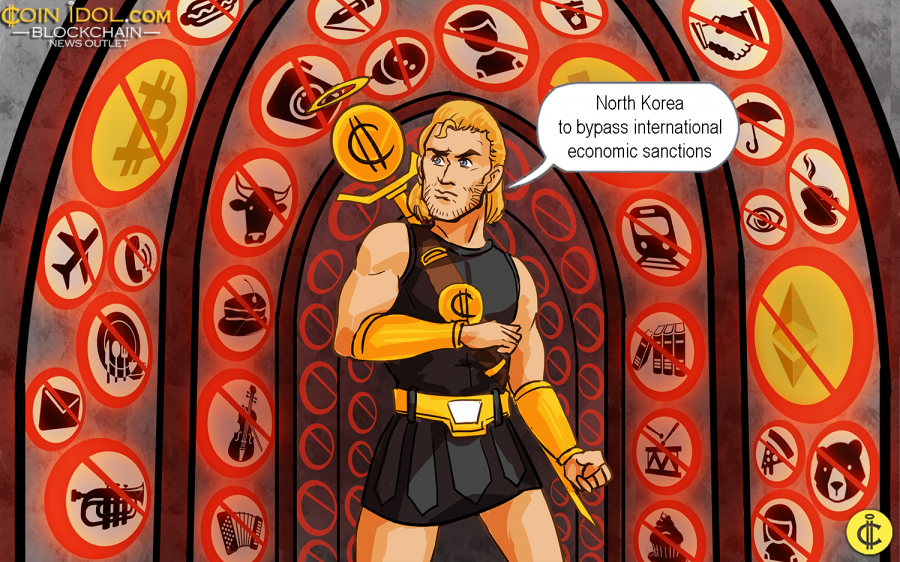 “Regardless of recent diplomatic progress with the U.S., DPRK remains the globe’s greatest significant weapons of mass destruction (WMD) proliferation threat,” the report says. “The country has gone to extremes to collect funds and dodge international sanctions, recently increasing these efforts to include the exploitation of virtual currencies like Bitcoin (BTC).”

As Coinidol has reported, the meticulous role DPRK plays in cyberwarfare, and crypto-based campaigns expressly, is conditional on extensive suspicion. The notorious WannaCry cyberattack by the Lazarus Group back in 2017, remain somewhat assumed.

According to the RUSI report, a deficiency of verifiable data makes it very difficult or close to impossible to judge those menaces and attacks.

“Digital currencies likely play only an outlying role in overall fundraising and sanctions-dodging activity,” the summary from the report continues. “Albeit, the sophistication of wider cybercrime actions and its general demand for continuing financial resources present the risk that its crypto activity could become a sustained security challenge, mainly as international sanctions lead the country to seek financial lifelines outside the mainstream sector.”

Pyongyang, the capital city of DPRK will contribute in buying crypto and further convert it to fiat currency (won), it will also help in hoarding digital currencies including Bitcoin, Ripple, Ethereum and others, and exploit them to transact circumventing international sanctions especially those set by the United States due to its nuclear and missile plans.

Besides using Bitcoin to bypass economic restrictions, lifting of these sanctions is more important to the country. It was to some extent due to divergence over sanctions that saw the flop of a second summit assembly that took place back in February 2019 in Hanoi, the capital of Vietnam, between its president Kim Jong Un and the U.S. President Donald Trump.

Countries such as Iran, Venezuela are also doing the same thing (use crypto), to dodge economic sanctions. Some have even created their own cryptoassets (such as Petro by Venezuela), since it is one of the ways they can use to survive.