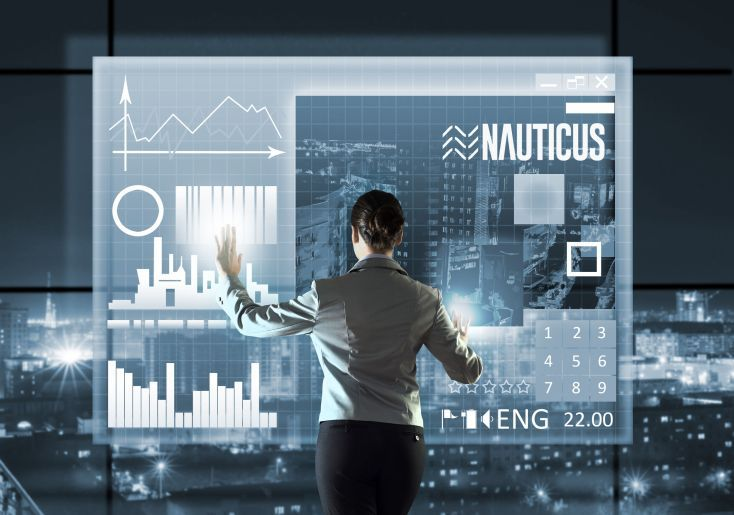 The Nauticus project proposes a new digital currency to facilitate six ethical eCommerce and crypto banking solutions. Deeply rooted in the moral and sustainable use of blockchain technology, Nauticus harks back to the ideals of social change that underlined community interests of the world’s earliest cryptocurrencies.

With over 120,000 users registered in just three weeks, the Nauticus Blockchain-based exchange has had a huge response in the first two days of its ICO presale. With a hard cap target of $88 million, it’ll be the largest token sale ever seen in Australia. In a world’s first, the Melbourne based fintech company is raising funds to launch an international standard Government approved exchange with 100 crypto and six fiat currencies. In addition to a green blockchain mine to give vital server capacity and additional revenue.

The Nauticus Coin is modeled on the popular Binance Coin (BNB) and offers a similar 50 percent reduction in trading fees, which has seen  the value of BNB skyrocket. The Nauticus vision and strong team have seen the ICO attract glowing reviews, including 4.7 stars from  ICO Bench, 4.45 stars from  ICO Marks, 4.15 stars from  Trudex, and a Gold rating on  Top ICO List.

The Australian Government’s AUSTRAC last week approved Nauticus registration as an independent remittance dealer. This guarantees the exchange complies with all KYC, anti-money laundering and counter-terrorism financing laws. Nauticus is in the final stages of engaging one of the big four international auditing firms to make sure transparency in the use of ICO funds.

Ambisafe has audited the security and function of the Nauticus smart contract and the code has been posted on Github. Nauticus is excited to announce it has received backing and support from large-scale international investment funds and crypto specialists  Fundify,  BellAcre, and  Whisper.

The company has been highlighted in articles on CoinTelegraph, The Merkle, Coinspeaker, Bitcoin.com, and Blockonomi among dozens of other crypto news sites.The Nauticus community is growing in strength, with 120,000 registered users; 27,000 Facebook likes; 9000 Twitter followers, and more than 5000 highly engaged users on Telegram.

Co-founder and Nauticus CEO Bryan Ng offered his appreciation for the communities support of the project so far:

“We want to thank everyone for the overwhelming level of support they’ve shown. It’s truly humbling and we won’t let you down. We’re determined to create the best crypto exchange in the world.”

To ensure this vision is realized, Nauticus has signed up more than 20 of the world’s top blockchain, IT and finance experts as advisors. They include former global managing director of Accenture’s Ecosystem of the Future David Hayat, former Vice President of Nomura Securities Kin Wong, founder of Scandinavian Capital Markets Arif Alexander Ahmad, Director of Trade.io Remigio Bongulielmi, and the founder of ABA Technology Patrick Roberts (ex-IP Australia).

Dr. Theodosis Mourouzis, a cryptologist with the UCL Centre for Blockchain Technologies offer these words on the potential of the project:

“The Nauticus solution is among the most integrated that I’ve seen in the crypto-world, regarding exchanges and payments, and utilizing all existing state-of-the-art technologies.It has an ethical dimension by introducing a green blockchain mining center to help the developing world.“

Giving Back to Society with Nauticus

The Nauticus team are also keen on leading by example, having already pledged as much as 41% of coins reserved for the development team to two identified social causes: the Salvation Army Sponsor A Child Program and The Ocean Clean Up program.

How it works is simple. Every friend or person referred to Nauticus will earn  100 Nauticus Coins (NTS) for the referrer, but every second referral will receive a bonus of 200 NTS. This bonus can either be kept or donated by the referrer to either of the causes – and every coin donated will be matched by Nauticus.

Nauticus co-founders have already sponsored over a dozen children through the Salvation Army in the past ten years and hope that this current campaign will continue to benefit children, especially in developing nations:

“They deserve clean water and an economy that values the individual,” said COO Jonathan Chang.

Nauticus also wholeheartedly supports the Ocean Clean Up program, which is dedicated to cleaning up the 5 trillion plastic pieces currently littering oceans all over the world.

Profits will be reinvested in the business to support the development of a low-cost eCommerce marketplace, along with merchant and peer-to-peer payments. These new platforms will be underpinned by the Nauticus Coin, Exchange, Mobile App, and Wallet.

The company will offer ‘one and done’ Know Your Customer (KYC) verification and create an ICO community, which will offer resources and services for new ICOs as well as a quality verification system. For more information and to read our white paper, interested parties can visit the  official Nauticus website

The Nauticus ICO presale began on March 18 and the token-sale itself runs from April 2 to May 18, 2018. Early supporters of the Nauticus ICO will be provided a bonus of us to 35% in tokens.

Nauticus is the new blockchain-based currency exchange built on the principles of ethical and sustainable use of technology. Prioritizing user-friendliness, efficiency, and security, Nauticus banking and payments will facilitate six global eCommerce solutions, powered by the Nauticus Coin.

Nauticus is the source of this content. This press release is for informational purposes only and should not be viewed as an endorsement by CoinIdol. We take no responsibility and give no guarantees, warranties or representations, implied or otherwise, for the content or accuracy. Readers should do their own research before investing funds in any company.