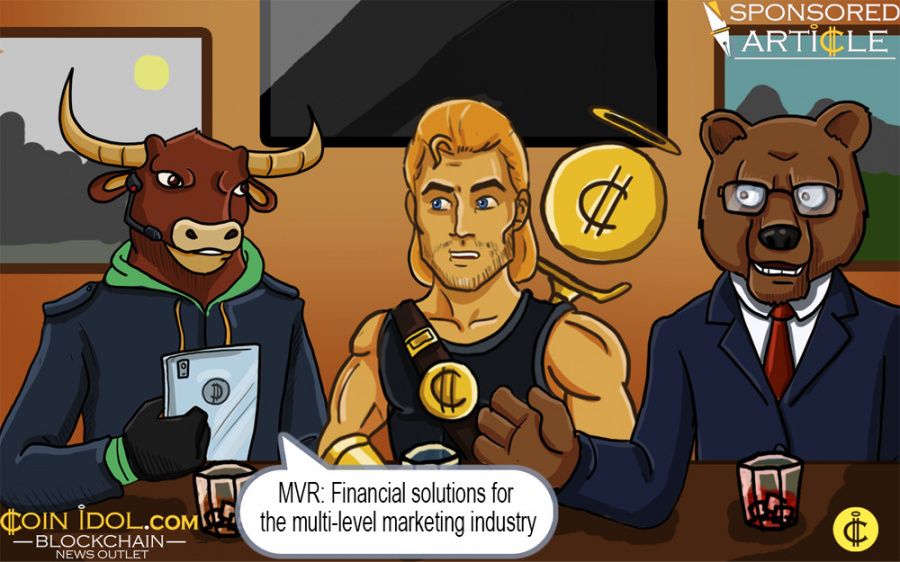 The new MAVRO uses blockchain technology. Blockchain is a distributed database that does not have data storage devices connected to a shared server. All information is distributed among millions of computers, it is impossible to forge or remove even a part of this information. Each block contains a timestamp and a link to the previous block.

Editors note: Coinidol does due diligence in researching the content matter before the publication of any text. Our team has received several reports that this project might be a scam. Find out more in the end of this article.*

The MAVRO system no longer functions only by connecting new members. The new concept no longer has a single sign of the financial pyramid.

Mavro is protected from outside interference, a collapse of traditional institutions and actions by the authorities.

Mavro is an algorithm for the distribution of tokens and the functionality of the system is registered in smart contracts powered by Ethereum.

The platform provides useful functionality for other MLM systems and allows users to create their own decentralized structure with open transactions and their own internal cryptocurrency.

Why will the Mavro tokens grow?

All the token purchases are registered in a smart contract on the Ethereum network, on which all the MAVRO functionality is based upon.

The share of tokens for the operation of multi-level marketing is limited to ten percent! Expansion of the system will no longer be carried out at the expense of its participants. Therefore, take part in the development of MAVRO and earn on invitations to the system. Which will be available only to the first participants, because after the exhaustion of the affiliate balance of the tokens (10% of the total issue), the affiliate program will be closed.

The shutdown of past projects occurred only because there was not enough technology to completely protect the system. Now these technologies have appeared, which the MAVRO platform is based upon.

There will be no fixed interest on which the value of the investment will increase. Mavro Tokens will grow in price in accordance with the rules of the economy - due to increased demand for tokens, the emission of which will be limited.

The system is completely reliable and secure due to the use of cryptography. The algorithm for allocating funds is registered in a smart contract.

There are no large tokens holders who could manipulate the exchange rate, the maximum amount for which one account can buy Mavro tokens is equals to 100 ETH. Token issuance will be completely stopped after the end of ICO, thus completely eliminating the possibility of depreciating tokens.

Absolute protection and decentralization. No outside interference can any longer harm the stability of the system.

The usefulness of the platform for the entire global segment of the MLM business is based on the MAVRO platform. Any MLM company will be able to implement its own cryptocurrency and use the opportunity to instantly distribute partner rewards, thus making all distribution of partner program funds between all levels absolutely transparent, automated and instant.

Coinidol's team searched for information about the Mavro project on Google and found suspicion from users that it could be a scam:

This is not the only project interconnected with Sergey Mavrodi that experts warn to to be risky: https://coinidol.com/mmmglobal-pyramid-scheme-a-way-to-earn-or-get-robbed/

Coinidol didn't carry out in-depth research of the project to prove or disprove this fact. But we have asked the CEO of Mavro, to comment on the main questions of the community.

Here is the official statement from Mavro that we received: 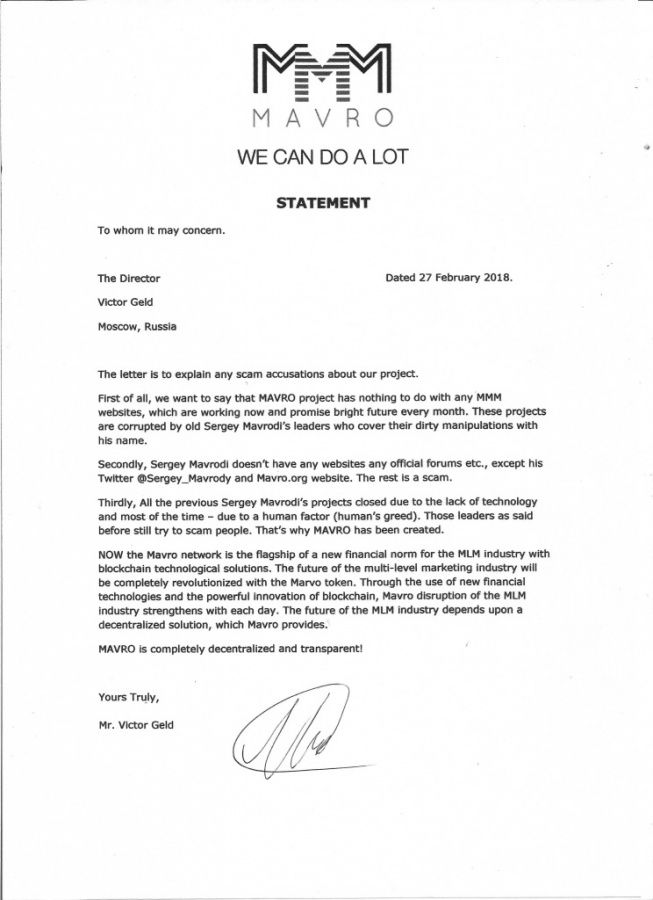