MMM Global Pyramid Scheme: A Way To Earn or Get Robbed? 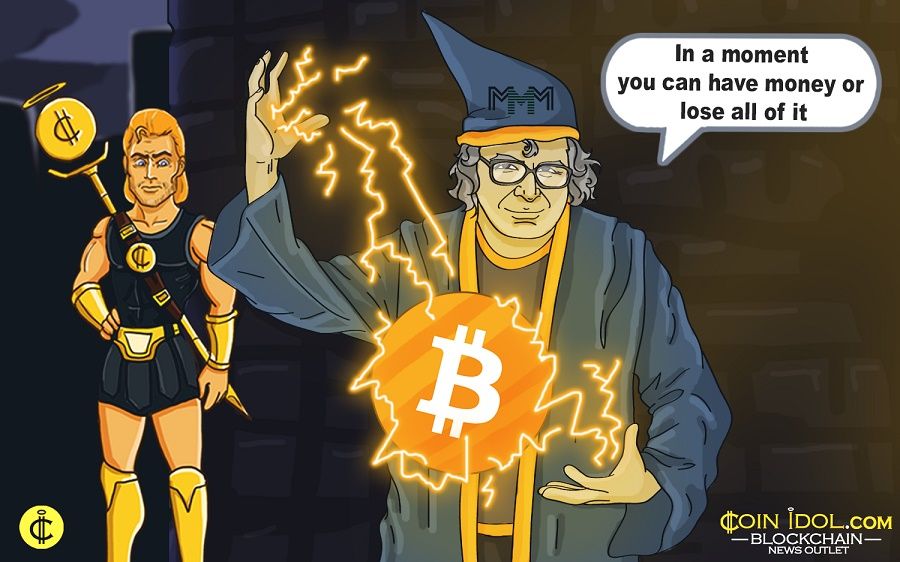 Mmmglobal is a pyramid scheme authored by Russian fraudster Sergei Mavrodi. The scheme has numerous localized websites for every country or region where it operates. Recently, BCC authored a warning on mmmnigeria, the Nigeria chapter of mmmglobal citing it’s a scam aimed at stealing funds.

Sergey Mavrodi,  CEO or Founder of mmmglobal, is a Russian fraudster with a long history of crime and fraudulent activities. Mavrodi was previously behind “MMM”, the largest Ponzi scheme in Russia in the 80-90s that affected more than 5 million depositors. He was rebuked by the Russian government which confiscated millions of rubles of the company’s funds packed inside buildings for storage.

A complete biography of Sergey Mavrodi shows that he was a science and mathematic genius. In 1994 Mavrodi served a prison sentence in Russia, where he registered his name as a candidate for state government elections just for the sake of parliamentary immunity. He was later released and elected to the Russian parliament.

In 2003, Mavrodi was arrested again on charges of falsification of documents and evasion of taxes. In 2007, a Moscow court sentenced Sergey Mavrodi to four years and six months in prison for large-scale fraud and imposed a fine of 10,000 rubles, however, almost the whole sentence had already been served and the fine was later canceled. It is worth noting, that he still has about 300 unpaid fines of 1,000 rubles ($16) each.

In 2011, Mavrodi revived his Ponzi schemes in Russia, Belarus and Kazakhstan, and in 2015 closed them, stating that all the websites operating in those countries to date are fraud.

In 2014 he launched the MMM Global Republic of Bitcoin and announced the closure of that project in April 2016. However, some local projects still have a global presence in Asian and African countries.

How does MMM Global operate?

Mmmglobal is a pyramid scheme where participants get help and give help to others monthly in the network using bitcoins. The company claims it does not have any single account where participant’s money is kept. Coinidol.com talked to Byron Dittberner, a former strategist at mmmsouthafrica about the operation of the scheme. He commented:

“At mmmglobal, people provide help to others for a minimum of 10$ and get help over a period of one month with a 30% premium on top of what they provided before. Mmmglobal does not keep money for participants, all the money is transferred fr om individual to individual via secure bitcoin transactions”

Did MMM Global pay participants at any time?

We got in touch with former participants and some current participants of mmmglobal and questioned them on whether they have ever received any payment fr om MMM Global or the local chapter in their country. Aaron Themba  a former participant of MmmSouthAfrica says, “MMMSouthAfrica was a very good scheme I could invest 5000$ and do simple tasks for about 2 minutes daily and after one month I got a profit of 100% on my investment, later mmmglobal realized it was not possible to sustain the 100% giveback profit due to behaviors of some participants and started giving only 30% on invested monthly. I have participated in this myself. Mmmglobal was legit but it collapses due to its own participants in south Africa."

Coinidol.com spoke to Hon. Kasaija Matia about the legitimacy of MMM in Uganda which collapsed this year. He said:

“The internet has brought a lot of both good and bad things to our community, I would like to clarify that mmm is a scheme aimed at robbing people of their money, when the finance ministry learnt about the operation of mmm in Uganda many people had already lost their money and it was too late.”

Why did mmmglobal stop paying people who invested in the scheme and wh ere does their money go?

Coinidol spoke to Aleksey Chetyrkin a former marketing expert with mmmglobal and he said, “Mmmglobal chapters fail because of negative attitudes of the participants wh ere one wants to get help but is unwilling to provide help making people who invested earlier in the system lose trust in it.”

He continued by saying the money for those who did not get help is not with mmmglobal but rather the people they provided help to.

We still don’t have a conclusion on whether to tag mmmglobal a scam or not, and whether Sergey Mavrody still stands behind it. However, history shows again and again - MMM projects collapse sooner or later, and leave millions of people without money.

We warn users that the pyramid scheme cannot sustain itself economically, so the chance of losing your money is very high with MMM Global.