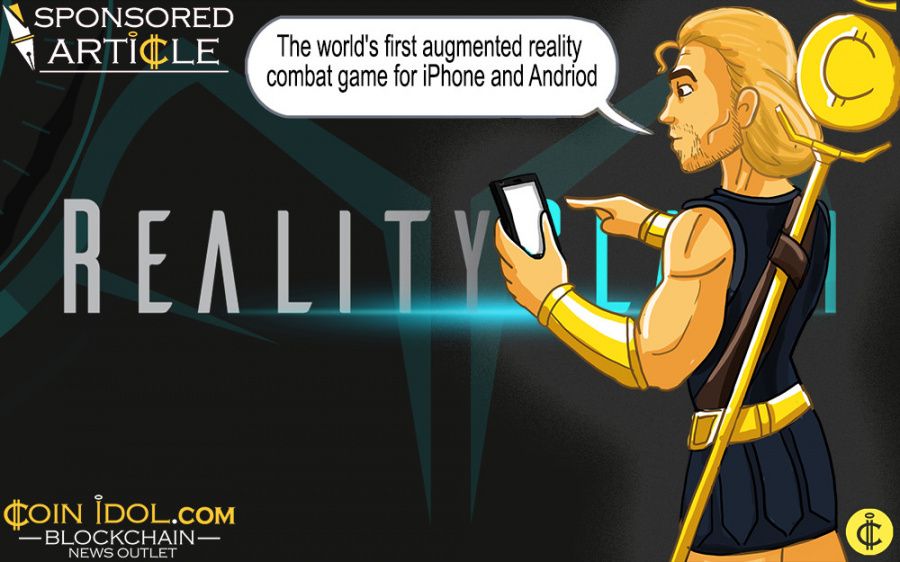 Familiar places are now your battle fields and the people in your surroundings are either your allies or enemies. Reality Clash will now offer its in-game currency RCC at a token sale in August, allowing early participants to take control of exclusive weaponry that they can use in the game or trade on.

The free-to-play game will use the phone’s camera to render an AR view of the world on-screen, with geolocation gameplay inviting players to enter face-to-face combat with each other in real time and real locations – they can invite friends, join tournaments and set up battles in urban areas, parks and woodlands. Players will build and protect their own headquarters, defend territory and explore their surroundings, with the ultimate goal of conquering their own city. They will also be able to visit locations in the real world to collect ammo, health packs and add-ons.

As well as switching between available weapons during combat, players will be able to speculate on in-game items and become virtual arms dealers using Reality Clash Coins (RCC), which can be traded on the Reality Clash platform or secondary markets.

To fund the development of the game, Reality Gaming Group is embarking on an Initial Coin Offering (ICO) using Ethereum blockchain technologies, from which it aims to raise a minimum of $1.5 million. The ICO opens fully on August 29th, following an initial pre-sale period for the investment community. It will give gamers the chance to buy special RCC Gold tokens at the rate of only 1/30 of the regular RCC price, obtain exclusive weapons that will never be available again, plus earn access to special tournaments and extras.

The special ICO weapons will be available from November 1st 2017 and can either be used in the game at launch or traded and sold through the Reality Clash platform, or secondary markets immediately for money. Crucially, all in-game content will be ERC-20 tokenized with a Blockchain-based trust list.

“Reality Clash is a tremendously innovative game that also gives gamers a unique opportunity to get into the fast-moving world of ICOs and crypto-currency trading. Players can speculate on weapons and become a virtual arms dealer, or simply enjoy a tactical advantage by playing the game. Reality Clash was created and crafted by people who truly love video games and understand what players want.”

Reality Clash will be available for iPhone and Android devices in 3Q 2018. More information about Reality Clash, the ICO process and Ethereum blockchain can be found at:  http://reality-clash.com. The teaser trailer is out now: https://vimeo.com/210474982