Mayor of Seoul to Integrate Blockchain into City’s Infrastructure 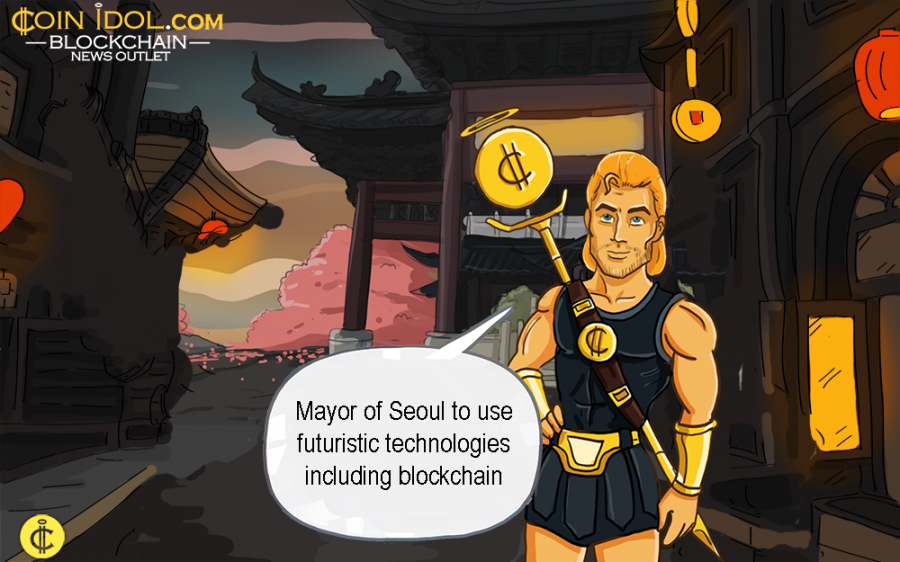 Won-soon underlined the starring capacity of innovative technologies in keeping information, uncovering that the significance of information is now more imperative than ever before. The mayor believes that the city will launch various novelties like blockchain tech in gathering urban and administrative information with the aim of allowing fresh services, for instance, integrated verification system of resident cards plus implements for quick access to different managerial services.

Even in the previous periods, Park has shown unmatched strength, buoyancy and coolness about innovations.

In autumn last year, Won-soon launched a 5-year mega plan aiming at growing and evolving the technology sector in the City and South Korea at large, and the city administration is considering to invest more than $12 million (1,497 Bitcoin) into a $88 mln (10,998 Bitcoin) DLT & blockchain tech fund.

The initiative was titled “Blockchain City of Seoul” and has a multitude measures for transforming DLT-related projects plus also uplift education in the city from when the project was commenced to 2022, Park revealed. In fact, the new services will be provided as a part of this plan.

Back in February this very year, the Metropolitan Administration of the city declared an inventiveness to plant o'er $1 bln in blockchain tech and financial tech startups by the year 2022. Just of recent, the monetary watchdog FSC, permitted 9 financial technology firms to carry their activities in South Korea comprehended as a regulatory sandbox.

Korea is tussling it out with giant countries such as USA, United Kingdom, China, Russia as far as innovation is concerned. The country is also giving more financial support to its blockchain startups compared to what other blockchain startups from other localities like the Silicon Valley, London, etc., get – and that shows a high level of commitment from the government.