Mafias in Italy Use Bitcoin & Cryptos for Money Laundering 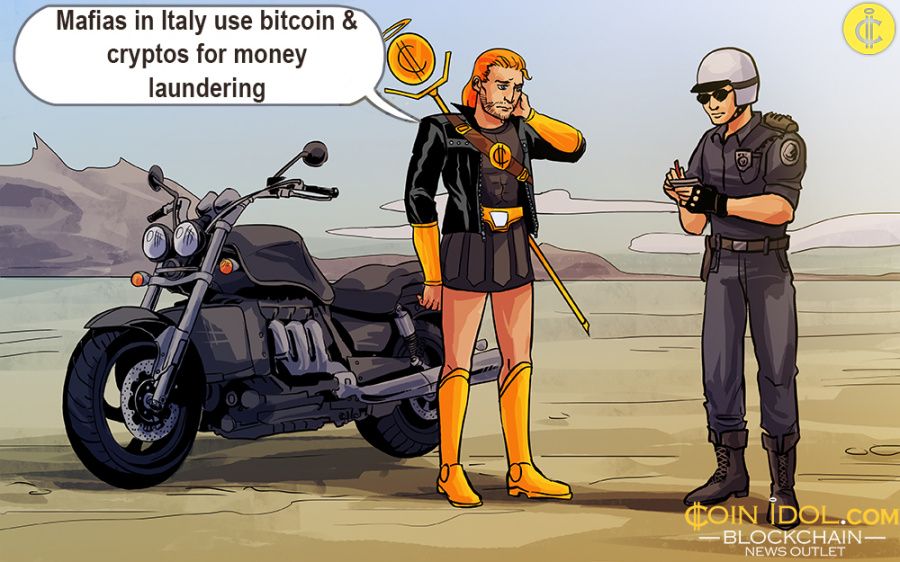 The rate of illegal activities including money laundering through Bitcoin (BTC), is alarming in Italy and throughout Europe at large. Crypto startup Eidoo, founded by Italians, which allows users to store, convert and spend digital currencies, selected an apartment in 2017 in a building structure that was sequestered for ndrangheta in Chiasso, Switzerland, just 0.4 kilometers from the Italian border.

As LinkIesta and Valori news outlets report, one of the owners of the property is Oliver Camponovo, a man that was sentenced to 36 months in prison by the Swiss court after finding him guilty of laundering money from a gang via Giuseppe Motta, un regulated crowdfunding known as Ico, to fund the firm which made over $27 million. This is the largest figure ever collected by an Italian crypto startup.

However, according to the Antimafia Commission, it is alleged that a small amount of that funding came from unknown users – who seem to be connected to the ndrangheta gangs – salvaged their money via Bitcoins.

Currently, there is no Italian or European regulation preventing laundering of mafia activities via Bitcoins and other major cryptocurrencies.

“We cannot exclude that someone linked to mafia associations has purchased our token utilities (a voucher to use startup services in the future)", explains a spokesman for Eidoo, "but it would have been risky and stupid to do so with Eidoo because there are foreign sites easier, faster and impersonal to achieve that goal.”

The national anti-mafia and anti-terrorist prosecutor, Federico Cafiero de Raho, confirmed that the ndranghetist clans of the locride needed to pay for each batch of cocaine purchased in Brazil using Bitcoins but the deal failed since the Brazilian drug traffickers were ignorant on how to handle this kind of transaction.

Furthermore, 48 hours later, the President of the Antimafia Commission, Nicola Morra, further clarified on Studio24, the Rai News program, that:

"The mafia have become professionals in using technologies such as bitcoins for criminal purposes."

Most of the Ico to finance crypto startups were carried out during the blockchain bubble that happened between 2017 and 2018.

“Unfortunately it is thought that the ‘ndragheta is still coppola and lupara, but it has not been used for decades. Imagine with the new generations of mobsters: they are all graduates and in step with technological developments. Don’t be a boss because you’re a killer. You become a boss if you are capable of killing when you have to do it, but above all if you are able to think and make money without having problems,” said Luigi Bonaventura, former Crotone boss of the Vrenna-Bonaventura family.

Considering the density of the event, the objective of the investigators should be to create a specialized network at a world level. In 2018, not surprisingly, a meeting was held in Basel with Europol and Dia to develop "an intercontinental network of experts engaged in the field of fighting money laundering via the use of cryptocurrency," that follows the "Global Conference on Cryptocurrencies," held in Qatar in 2017.

Coinidol does due diligence in researching the content matter before the publication of any text.

Coinidol's team searched for information about the Eidoo project and its possible relations to mafia.

We have an obligation to inform our readers on what we have found out from the sources - https://www.linkiesta.it/it/article/2019/04/03/ndrangheta-bitcoin/41655/,  https://valori.it/chiasso-dove-riciclatori-ndrine-e-criptovalute-sincontrano/

On April 5, a representative of Eidoo Team, Cesare Pozzoli, reached out to Coinidol via email to express the company's official position, which we quote below:

"We would like to strongly distance ourselves from what this article is stating: our company has never had any connection whatsoever with companies operating outside of the applicable legal frameworks. You can read here our official position paper on the matter.

Our company, while being a strong supporter of the freedom of the press, is working on legal actions to protect its rights, but also the ones of our shareholders and token holders - other than the dignity and reputation of our employees, collaborators and partners which this article is seemingly questioning.