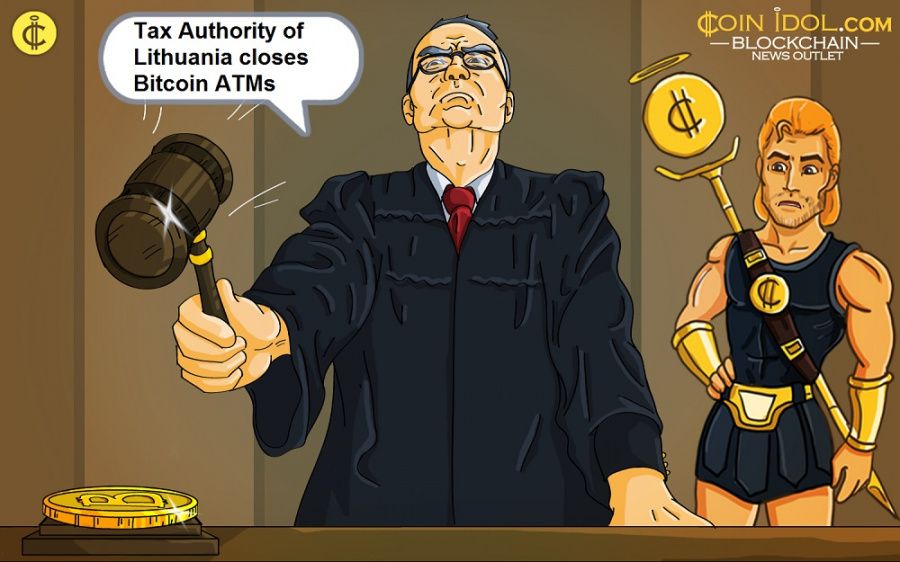 Two Bitcoin ATMs had been working in Lithuanian shopping center GO9, but the State Tax Inspectorate of Lithuania (Valstybinė mokesčių inspekcija - VMI)  asked the owner company to shut them down. The authorities explained that the ATM can’t work on the financial market until they have appropriate certifications.

"Such equipment should ensure the safety of the data received, it means that the data on the number of sales or services provided and the amounts coming through the terminal should be accumulated in its memory. They must meet the following requirement: in case of their disconnection from the power supply, the financial data must be stored for at least 30 days, and the work of the terminal should be automatically blocked if someone attempts to turn off the memory or the counting system”, the spokesman of the tax office Rolandas Puncevičius told DELFI.

These machines accept cash to sell cryptocurrency. Bitcoin ATMs are still in the mall, but no longer available for use. They are considered to be the property of Dmytro Akheev, a Ukrainian businessman and owner of the Brolexy company.

During the verification process, it was found that bitcoin exchange ATMs are not certificated and are not included in the list of vending machines and cash registers authorized by STI informed Rolandas Puncevičius.

“In Lithuania, similar equipment can be registered and used for providing various services with the help of it, but it is necessary to satisfy one requirement - experts of Infostruktura should check them for compliance with technical requirements and add them to the list”, he added.

Dmytro Akheev told DELFI that he understood that ATMs had to get registered in order to work on the cryptocurrency market. He said:

“We have to maintain it and so on, but these requirements are more of requirements to the manufacturer than a user. And we are users actually. So we are trying to figure out what to do and how it can be done.”

Akheev claimed, that if for some reason, Bitcoin ATMs cannot be used in Lithuania, they will be relocated to the Prague crypto market.