Litecoin Struggles Below $102 High as Altcoins Threaten Another Crash 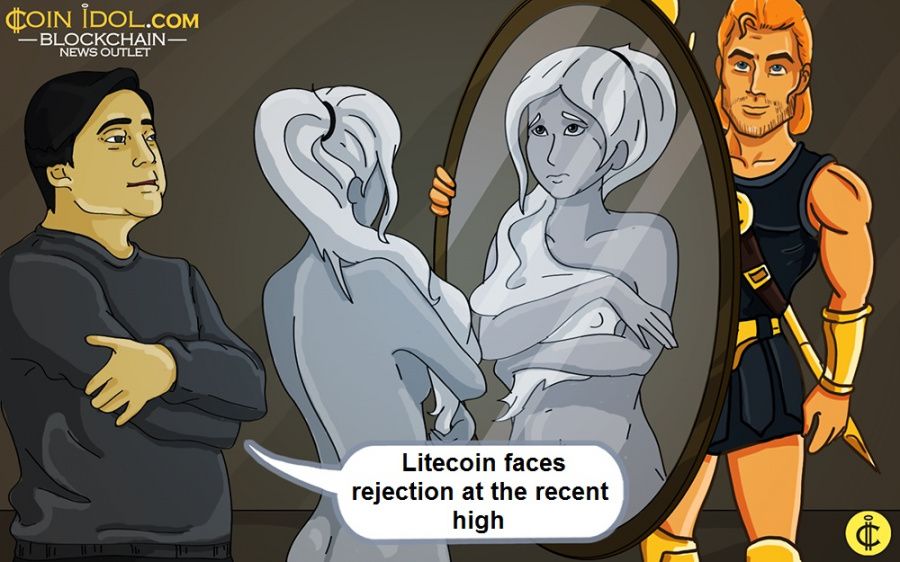 Litecoin (LTC) price is in a downtrend and has fallen to a low of $94.

The bears have broken the support of $102, which has held since February 21. The altcoin fell to a low of $94 as the bulls bought the dips. On April 28, the cryptocurrency took an upward correction that was staved off at the high of $102. Support at $102 is now a resistance level, which was the previous price level. Litecoin faces rejection at the recent high.

However, if the bulls overcome the resistance at $102, the LTC price will rally above the moving average, which is the bullish trend zone. In the bullish trend zone, the altcoin will rise to $130. Currently, the upside is doubtful due to rejection. Therefore, it is likely that Litecoin will continue to fall to another low at $91 or $85. Meanwhile, LTC/USD is trading at $100.90 as of press time.

Litecoin has fallen to level 42 on the Relative Strength Index for period 14. The altcoin is in the downtrend zone and faces a possible downward movement. Litecoin is below the 20% area of the daily stochastic, but has risen above the 25% area as buyers appear in the oversold region. The 21-day line SMA and the 50-day line SMA are sloping downward, indicating a sideways trend. 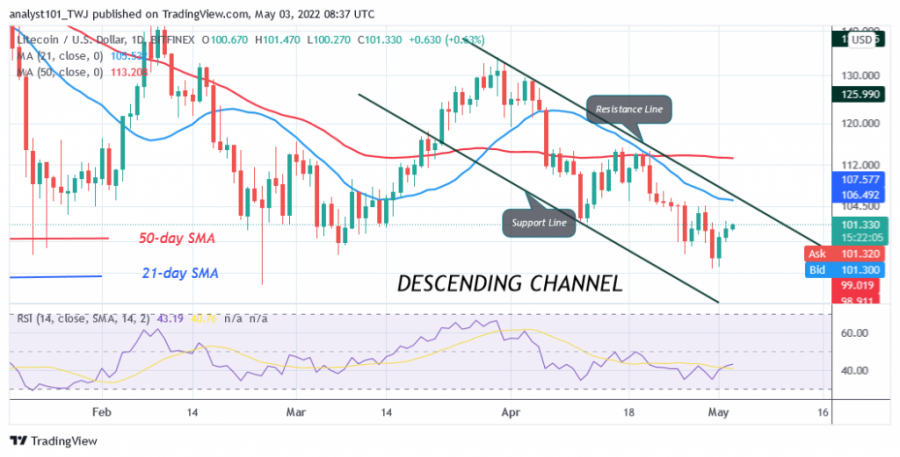 Litecoin is in a downtrend, but correcting upward to previous highs. Meanwhile, on April 11, the downtrend; a retreating candlestick tested the 61.8% Fibonacci retracement level. The retracement suggests that LTC will fall to the Fibonacci extension level of 1.618 or $85.63. 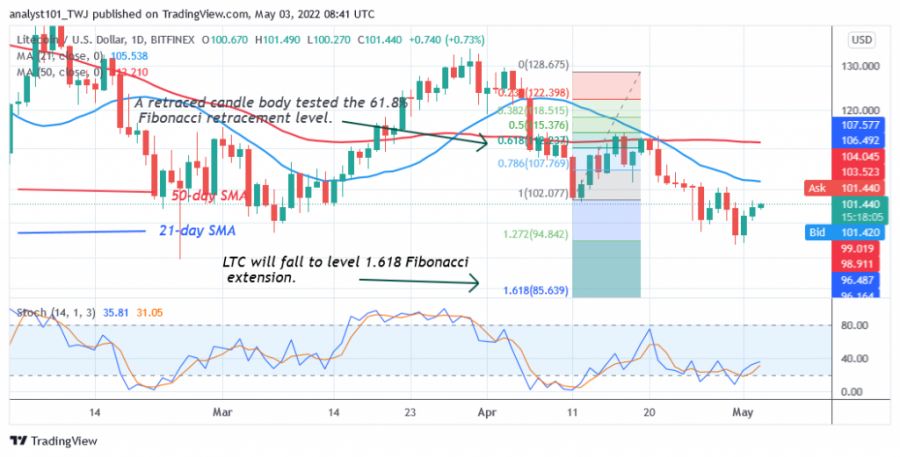