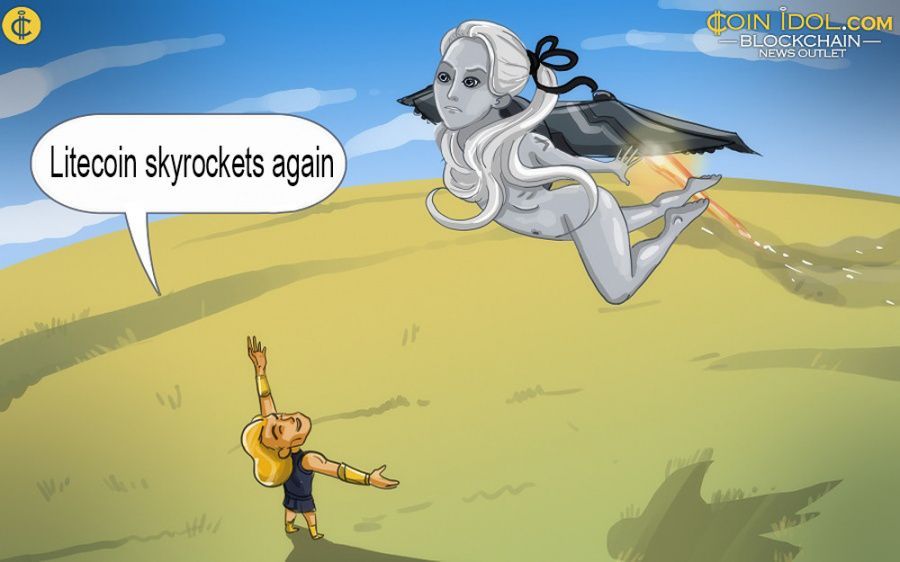 As of Sunday, Litecoin has roared past its own highs and traded past $64 before finally stabilizing at $62. This price surge is surprising as other cryptocurrencies have seen little to no gains over the last week.

Litecoin hovered in the mid to high forties since its last increase in July. However, starting on the twenty-sixth of August, Litecoin gained 18.8 points. This 18.8 point increase led to Litecoin outperforming other major cryptocurrencies such as Ethereum and Bitcoin. For the first time ever, Litecoin’s market cap also exceeded 3 billion dollars making it the fourth largest coin by market cap.

This price increase comes at a time when the cost of transferring bitcoin has greatly increased, which was one of the shortcomings Litecoin sought to address when it was released in 2011. This is the third major increase in the price of Litecoin, making 2017 a profitable year for investors.  The other price increases were due to the activation of SegWit and the introduction of Litecoin to Coinbase which propelled the market cap to one billion dollars.

The founder of Litecoin, Charlie Lee, also quit his job at Coinbase to focus entirely on developing Litecoin even further.