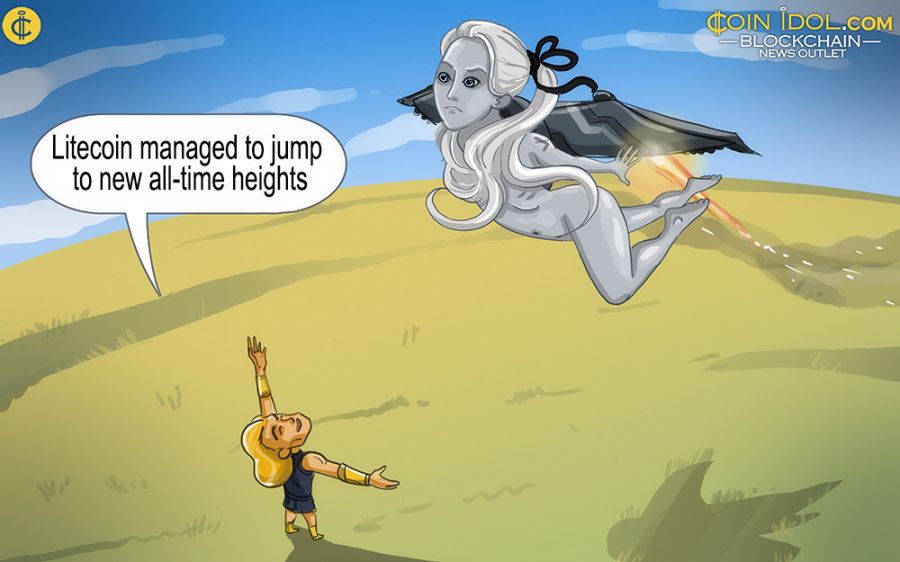 In the very beginning of July, the Litecoin price has shown rapid growth, having grown from $39 per LTC on July 1 to its new all-time high of $56 per LTC on July 5. Soon after, the inevitable correction moved the price down to $45 but then the price of Litecoin again started to climb up and now moves around $50 per coin. 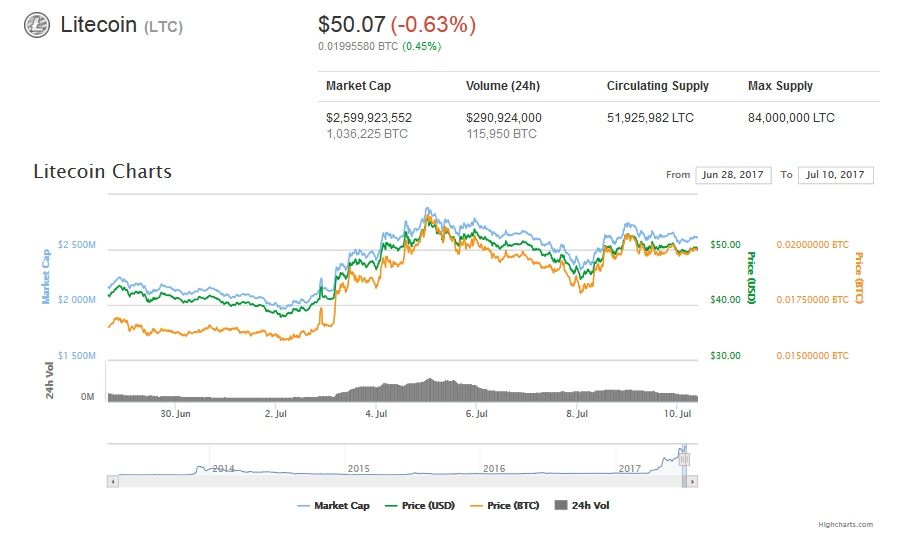 2017 has been very positive for Litecoin. The price first skyrocketed back in spring 2017 with the activation of SegWit. Later Coinbase announced that it was adding support for Litecoin and the LTC price reacted with a sharp rise in price from $16 to $21 to surpass a market cap of $1 billion.

Charlie Lee, the founder of Litecoin, is now concentrated on the further development of Litecoin. He recently decided to leave Coinbase, where he was working as the Director of Engineering, and to shift his focus to Litecoin.

Now, Litecoin holds its position as one of the top and strongest cryptocurrencies and is possibly another promising investment tool that could overtake the results of Bitcoin or Ethereum in time.

John Zwick, Founding Manager at CurrenceC Capital LLC and a lifetime member of the Bitcoin Foundation, believes in Litecoin more than Bitcoin. He recently commented to Coinidol.com:

"I believe in Litecoin, Ethereum, and opaque currencies more than Bitcoin. However all three will rise by more than triple in value each year in my honest opinion."