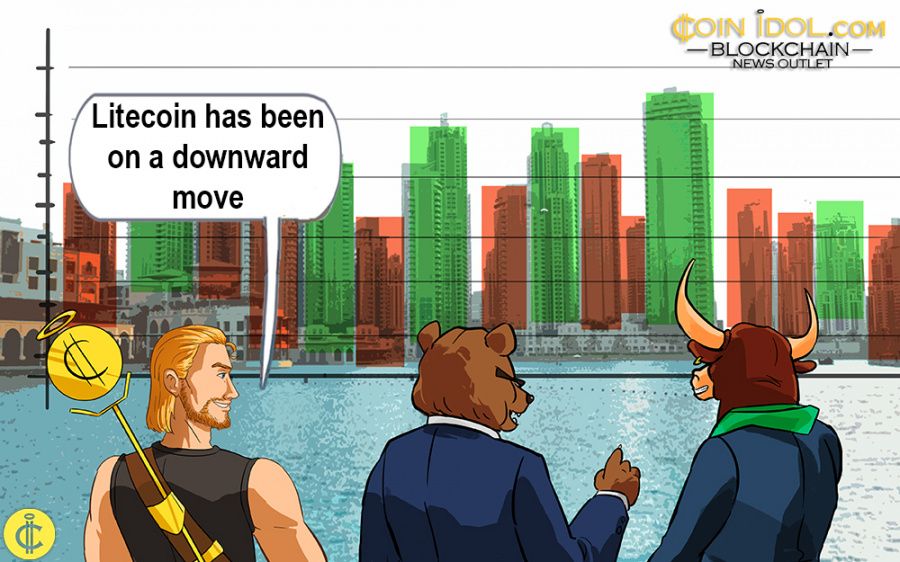 Since it attained a peak price of $50, Litecoin has been on a downward move. In June, LTC encountered a breakdown which made it drop to $42 low. Price corrected upward but was resisted at the $45 high.

Several attempts were made by buyers to break the $45 resistance but were repelled. For the past two weeks, Litecoin has been confined between $42 and $45 price levels. Yesterday, as buyers attempted to retest the $45 resistance, there was a bearish reaction. LTC encountered another breakdown after testing the minor resistance.

The coin dropped as bears broke the support at $42. The bulls responded abruptly as they pulled back into the previous range. Litecoin survived further downward movement but trapped between $42 and $45 price levels. Possibly, Litecoin can be out of the present consolidation between $42 and $45, if price rebounds. In May, the coin rebounded thrice above $42, as the momentum broke the resistance at $45, $48, and attained a high of $50. Today, the crypto is struggling to make an upward move above the current support.

Litecoin is vulnerable to further depreciation as price is below the EMAs. When price bars are below the EMAs, the coin tends to fall at the slightest opportunity. The recent breakdown was made possible because the coin was in the bearish trend zone. The crypto is below a 25 % range of the daily stochastic. It indicates that the market is in a bearish momentum. 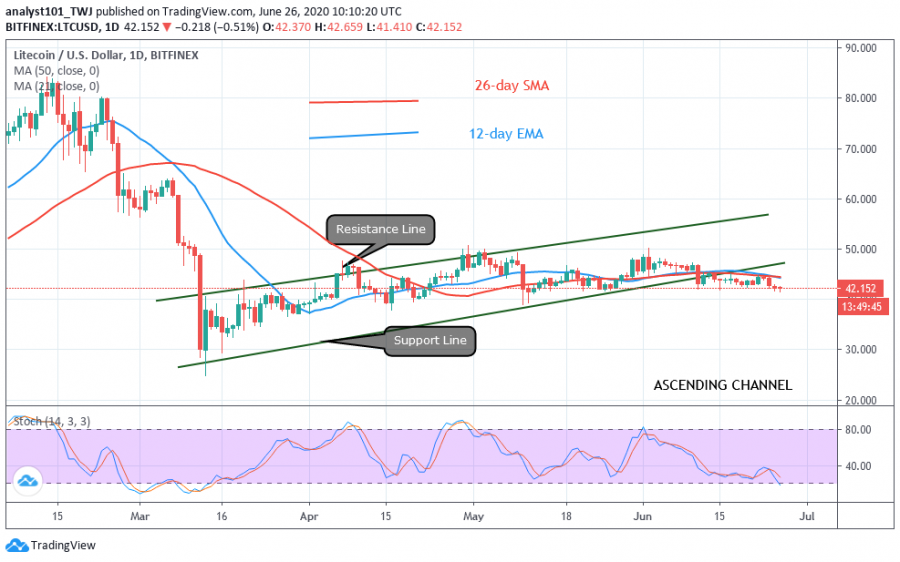