Litecoin Pulls Back and Consolidates Above $30 After Breakdown 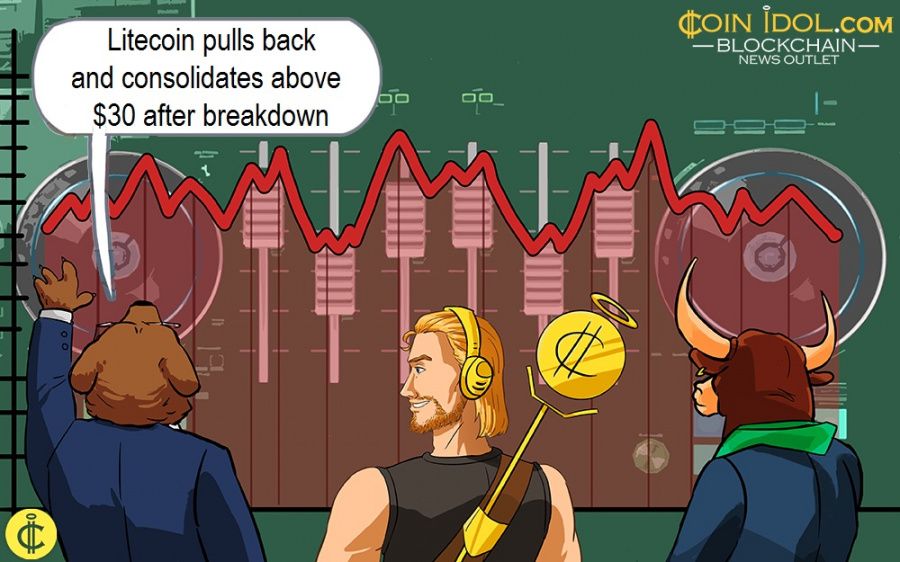 On March 12, Litecoin dropped sharply from a high of $50 to a low of $28. The bulls subsequently pulled back but were resisted at $38. The pair was compelled to a sideways move between the low of $28 and the high of $38.

Litecoin fell to the oversold region twice but it is above the 20% range of the daily stochastic. This indicates that Litecoin is in bullish momentum. LTC can make an upward move to the previous high. It is presumed that the bulls are emerging in the oversold region. 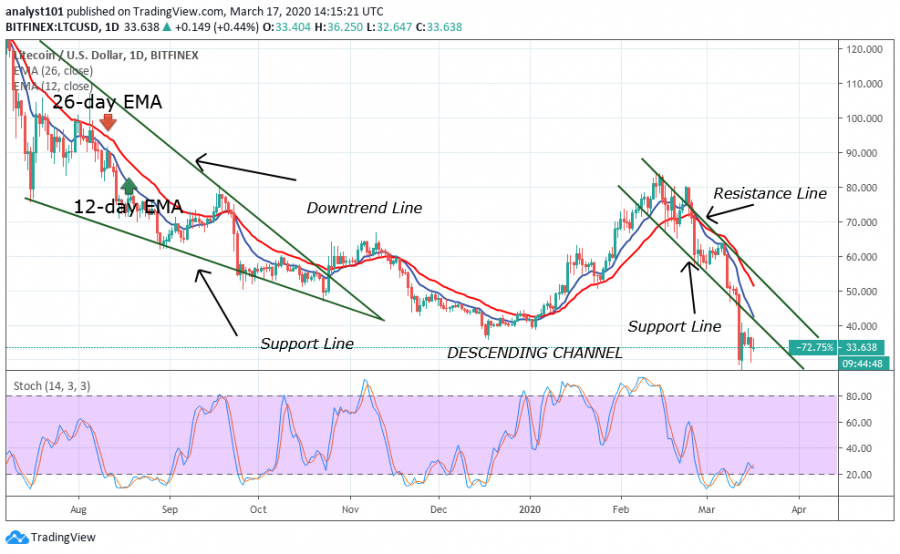 There is no indication that Litecoin is out of its downward move. In the meantime, LTC is confined between $28 and $38. The first sign to show that the bulls are back is the breaking of $38 resistance. Litecoin can rally above $50 if the bulls break the $38 resistance.

Tags
Litecoin Breakdown Support Coinidol Research Bullish Analytics Forecast Investing
Most Popular
Apr 24, 2021 at 09:18
News
Polkadot Is Range Bound between $28 and $45, Unable To Break Recent High
Apr 23, 2021 at 13:49
News
Ethereum Regains Bullish Momentum but Struggles to Break the Minor Resistance at $2,300
Apr 23, 2021 at 12:07
News
The SEC has a Bitcoin Supporter as a Chair; Can it Influence the Fate of Crypto ETFs?
Apr 23, 2021 at 11:00
News
Ripple Price Hovers above $1.00 As Bears Threaten Further Downside
Apr 22, 2021 at 14:30
PR
From Startup to Success Story — Morpheus.Network is Transforming Global Trade With Blockchain
More