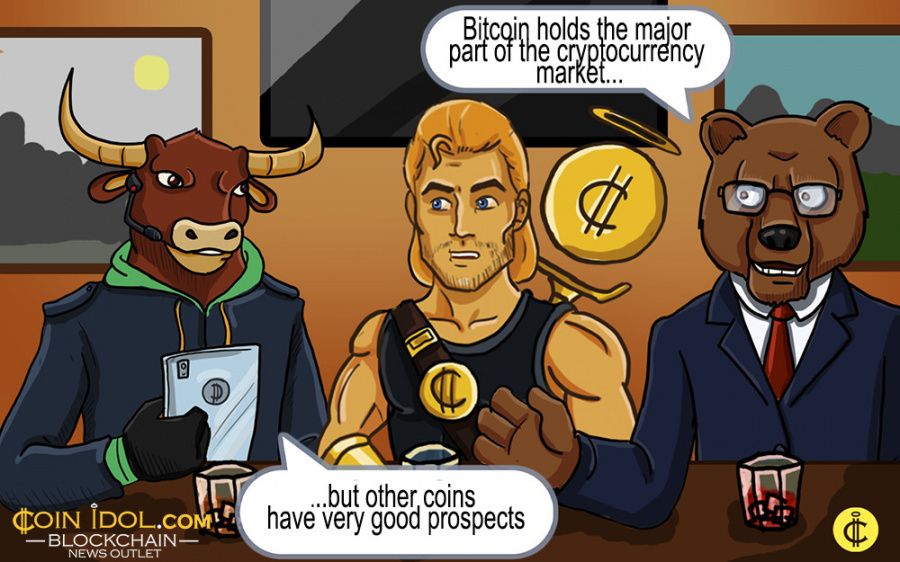 The recent rally of the Bitcoin price to $3,000 paused with inevitable corrections that led cryptocurrency experts to again speak about the possibility that other cryptocurrencies, or altcoins, will soon take the lead on the digital currency markets.

Most top altcoins were following their ‘big brother’ and rose in price in May and June 2017. Moreover, in May, almost all the most popular cryptocurrencies have shown unbelievable market capitalization growth.

Coinidol.com contacted Blockchain and cryptocurrency market experts for their opinions on the possible future of the industry. Some of them noted that, although Bitcoin holds the major part of the whole cryptocurrency market cap, other coins seems to have very good prospects. Some of them may even overreach the results of their ‘big brother’ and take first place as the most popular, secure and fast growing coin.

Ethereum breathes at Bitcoin’s back

Right now, the main competitor to the world’s largest cryptocurrency Bitcoin is Ethereum (ETH). When Bitcoin goes down, Ethereum holds on or even rises in price.

While on June 11 Bitcoin’s price fell down and took the other altcoins into the stage of price corrections, Ethereum managed to hold on and continued growing.

Some cryptocurrency experts are placing bets on Ethereum taking the lead soon.

Sam Cole, Blockchain consultant at Seao company in Sweden, and former Co-Founder and CEO of KnC Group, a builder of the blockchain KnCminer, commented to Coinidol.com: 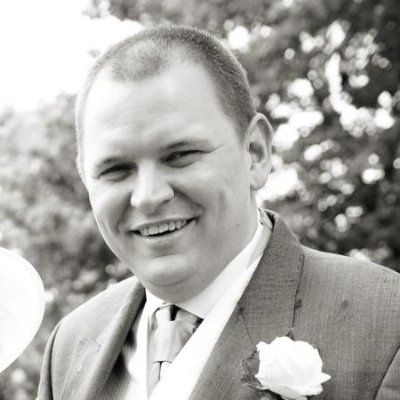 “Bitcoin is being outpaced by others such as ETH which still have space for growth. So while BTC is in first position if nothing changes I predict it will go the way of MySpace and be outpaced by other newer coins which are still in a place to onboard new users”

Frank Espinoza, Director at Coin Capital Group,  an Australia-based Capital Management company in charge of managing portfolios of cryptocurrencies using advanced statistical analysis, believes that one of the reasons for bitcoin going up in value so much is the mass adoption worldwide of blockchain technologies. However, in his opinion, altcoins will soon take the lead and Ethereum will be a key player among them. He stated to Coinidol.com: 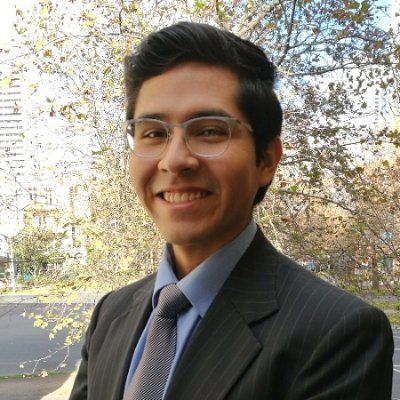 “The bitcoin price will drop quite a lot and maintain at that level between 2018 and 2019, because I think soon people will realise that there are better altcoins out there that are much more reliable, secure and efficient than the current technology of the bitcoin. So people will move out of the gold standard of the bitcoin, selling it, and buying and pumping the price of the other altcoins.”

Frank Espinoza noted that one of the key players in the altcoin scene in at least the following 3 years could be Ethereum. He continued:

“Currently it provides a technology that no coin can easily offer at that level, which is the blockchain base for the issue of new coins.“

Carlos Mosquera Benatuil, General Partner at Solidus Capital, a Hedge Fund specializing in Cryptocurrency Investments focused in Latam, noted that the possibility of a Bitcoin hard fork may lead to an alternative scenario for the cryptocurrency market’s future. He said: 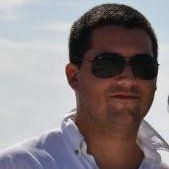 “However even when most incoming new money is ignorant about fundamentals of Ƀ and Alts, the BTC HF threat is real and rumors seem to start being verified, so some are preparing themselves for a possible split. If it happens, possibly both new Ƀ coins would thrive since there's just too much money behind each of them and newbies just will buy whatever they see available. We also think that even though a temporary bubble is present at this point, these ecosystem prices are still marginal in proportion to what X multiples we expect to see in the next 3-5 years. This is just the beginning of the early days. That's why we help High Net Worth Individuals, Family Offices and Institutions invest and manage crypto portfolios in a smart and secure way. We predict at least 5-10X multiple of all the ecosystem cap value in the forthcoming 3-5 years. As well, we think Ξ will gain leadership in market cap in the short term. And probably ETC will gain a very solid leadership position as well.”

He continued that this is the moment to invest as it seems to be a once-in-a-lifetime opportunity for getting into one of the eras of most massive value and wealth creation in history.

2017 became very positive for Bitcoin’s younger brother - Litecoin. Back in January, Litecoin founder Charlie Lee urged the Litecoin Mining community to support SegWit in any way they can, calling it not only a huge improvement for Litecoin but also "the chance to open a new paradigm for blockchain technology". SegWit turned out to be positive for Litecoin’s price as well. On April 4 Litecoin’s price skyrocketed. A month later one of the largest cryptocurrency exchanges, Coinbase, announced that it was adding support for Litecoin and the LTC price reacted with a sharp rise in price from $16 to $21 to surpass a market cap of $1 billion.

Now, Litecoin holds its position as one of the top and strong cryptocurrencies.

John Zwick, Founding Manager at CurrenceC Capital LLC, a company specializes in blockchain-based assets and which is the management entity for Exagon Fund managed accounts, and lifetime member of the Bitcoin Foundation, believes in Litecoin more than Bitcoin. He commented to Coinidol.com that now is the right time to buy. He said: 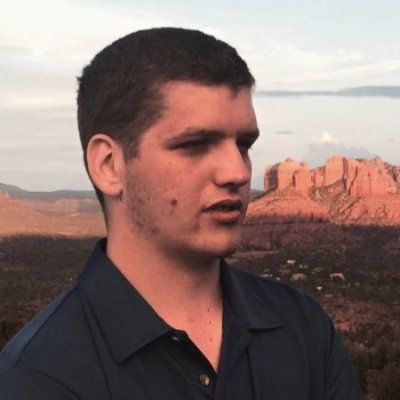 "I believe in Litecoin, Ethereum, and opaque currencies more than Bitcoin. However all three will rise by more than triple in value each year in my honest opinion."

Other Altcoins will win

Altcoins gain a strong position on the market. Not so long ago we were used to altcoins being associated with candy wrappers, but now they are alternatives to Bitcoin and some reserve currencies.

Aaron Foster, CEO and co-founder of the BitPoint P2P exchange and wallet, pointed out that the cryptocurrency market is driven not only by Bitcoin. He said: 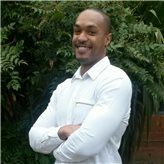 “The total crypto market cap has grown from roughly $16 billion to over $100 billion in less than 6 months. This is clearly not all driven by Bitcoin as its dominance has dropped from about 85% to 45% in the same period. 'Alt coins' are no longer simply bitcoin alternatives. We have now entered a new tokenisation era where bitcoin is taking its place as the reserve of this new economy.”

Vitor Rita, Cryptocurrency investor, CEO of Portdiamonds.com and Portbullion.com, companies trading with diamonds and gold in Africa and South America, Head of Project for Lisbon Diamond Exchange, creating a p2p diamond trading platform, and supporter of Blockchain investment revolution, believes that RIPPLE, GEMCASH, STELLAR have better prospects in the long term. He said: 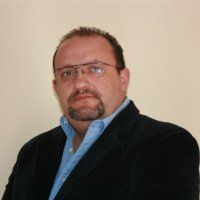 “These will be the currencies of crypto world in the future for a daily trade.  they will be stable, and the world will use them in Mass quantities.”

He pointed out that Bitcoin is a share of the BTC blockchain, like Ethereum is a share of the ETH Blockchain, and not daily currency usage. However, all companies in the world will be trading in blockchain in the next few years including all governments and so they will use the BTC blockchain as a base, or ETHEREUM or another blockchain and this will push the price very high on bitcoin and ethereum because they are shares. He added: “Now is buying time because of the reasons above not because of cryptocurrency usage, bitcoin will never be, nor is Ethereum.”

The rise of the cryptocurrency market

Ivan Glavaš, cryptocurrency trader and investor, Lead blockchain product developer at IN2, a Croatian software developer of Bitcoin and Ethereum blockchain project, and Member Of The Supervisory Board at SKDD-CCP SmartClear d.d., believes that this year is a game changer and it will not stop now, from his perspective this is only the beginning of the growth. He commented to Coinidol.com:

“At this moment we see not only all time high of bitcoin, but also all time high of many other cryptocurrencies and volumes on exchanges. This is a sign of mass adoption what experts have predicted in last article. It is happening not only because of people that are getting involved but also because many new exchange businesses are opening every day. And old exchanges are listing new crypto-assets on their exchanges.” 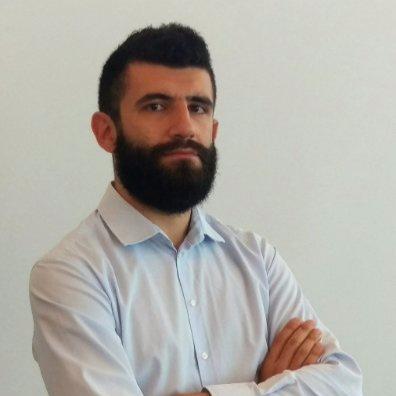 Also, Bitcoin and other cryptocurrencies now have a lot of applications, which is driving the market as well. Ivan Glavaš noted that Ethereum dapps like Augur and Digix are at the bare end of the development process, the Waves blockchain came alive in just a few months and now anyone can try to create his own asset in just a few seconds.

“From late summer I expect very strong bull market, not only in btc but as other assets as well.”

Allison Coleman, Founder at a consulting company in the field of cryptocurrency, Axisflip Cryptofinancial, forecasted the continued growth in crypto as we head into the summer. She said: 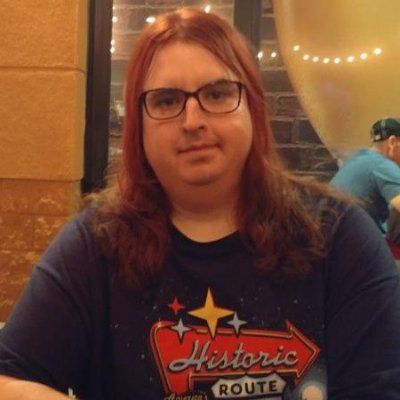 “Last month we had a rally in Ethereum from a couple of professional conferences & announcements, which brought greater visibility to the crypto space as a rapidly growing investment opportunity with support from large and established companies. The total market capitalization has since surpassed a hundred billion dollars. Several major exchanges added new tokens, expanding the available markets to their users. There were a number of successful Initial Coin Offerings recently. A substantial number of altcoin & ICO investors realized their gains back into Bitcoin.
We expect continued growth in crypto as we head into the summer - the success of early ICOs has no doubt stimulated investor interest in upcoming opportunities. Some of the issues from the Bitcoin scaling debate are scheduled to be addressed in the coming months. We are seeing green lights across the board for the entire industry, particularly considering the many use cases for the technology and its relatively small market capitalization compared to the legacy securities it can displace.”