Litecoin Is Limited To A Range But Struggles Below $58 High 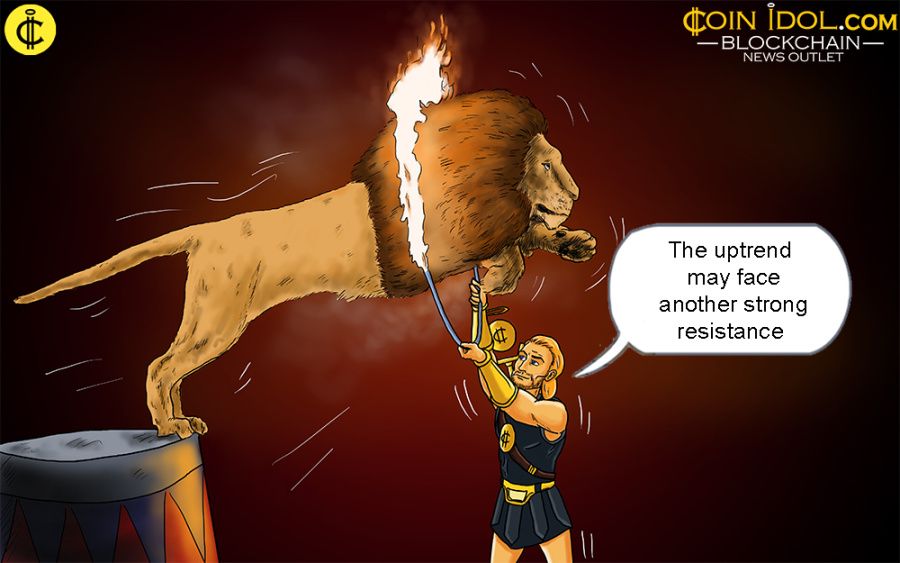 The price of Litecoin (LTC) is in a downtrend as the cryptocurrency declines and finds support above the $52 low.

Since September 19, the movement of the LTC price has been slowed down by the moving average lines. In the previous price action, the upward correction was rejected at the upper resistance of $64.

Last week, the LTC/USD price moved within a trading range between $52 and $64. The LTC price moved up to break above the moving average lines.

On September 23, the altcoin was rejected at the moving average lines. Today, the uptrend may face another strong resistance due to selling pressure. If the LTC price declines and falls below the $52 support, the cryptocurrency price could drop to $47 or $41.

Litecoin is at level 47 of Relative Strength for the period 14. The altcoin is in the downtrend zone, but it is making an upward correction. The price bars of LTC are below the moving average lines, which can lead to a decline of Litecoin. The cryptocurrency is above the 80% area of the daily stochastic. Litecoin has reached the overbought region of the market. Sellers will appear in the overbought region and push prices down. 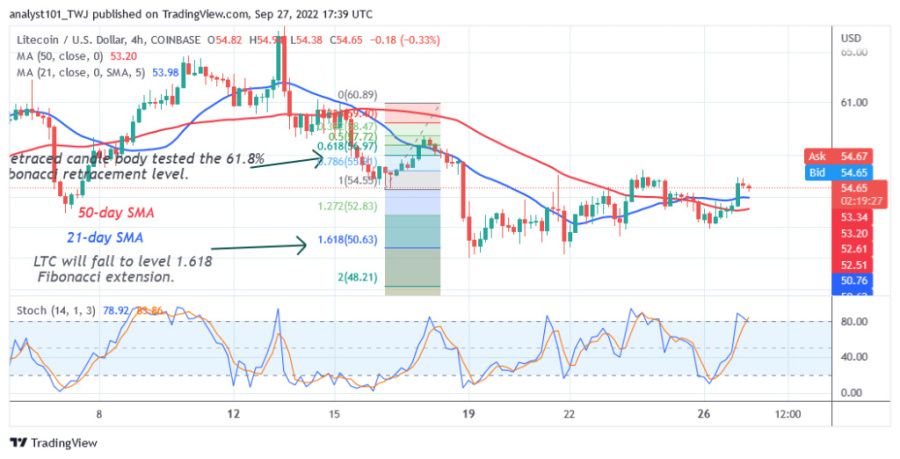 On the 4-hour chart, Litecoin has reached bearish exhaustion. The current support has been tested several times. Meanwhile, the downtrend from September 16 retraced by a candlestick has tested the 61.8% Fibonacci retracement level. LTC will fall to the 1.618 Fibonacci extension level or $50.63. From the price action, Litecoin is trending up again and trading at $54.82. 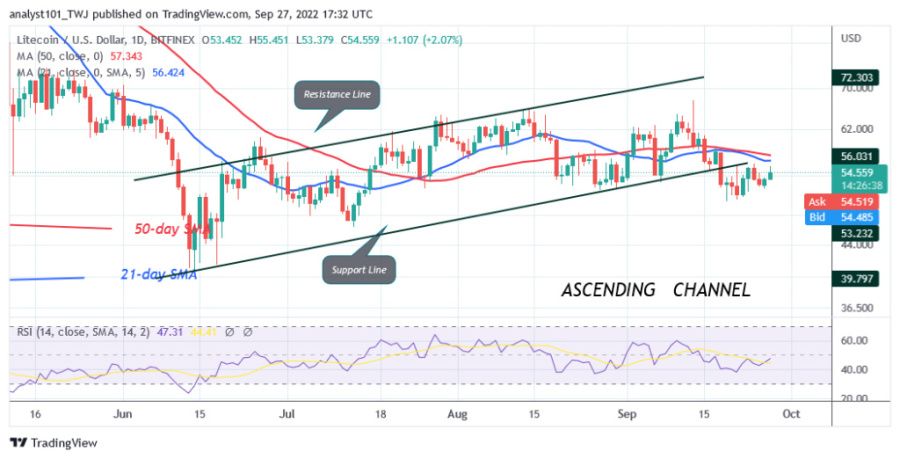 Tags
Litecoin Price Cryptocurrency Support Downtrend Trading Fibonacci Altcoin Correction Analytics
Most Popular
Nov 28, 2022 at 16:29
Price
Weekly Analysis Of The Cryptocurrency Market: Altcoins Will Rally In Negative Trend Zones
Nov 28, 2022 at 14:29
Price
Bitcoin Recovers Above $16,000 And Continues Its Sideways Movement
Nov 28, 2022 at 09:04
PR
How is Ether different from Bitcoin?
Nov 27, 2022 at 10:50
Price
Chainlink Reaches Overbought Regions And Could Be Rejected At $7.30
Nov 27, 2022 at 09:56
Price
Dogecoin Is In A Tight Range But Cannot Hold Above $0.095
More