Litecoin Fluctuates as Bulls or Bears Fail to Control the Market 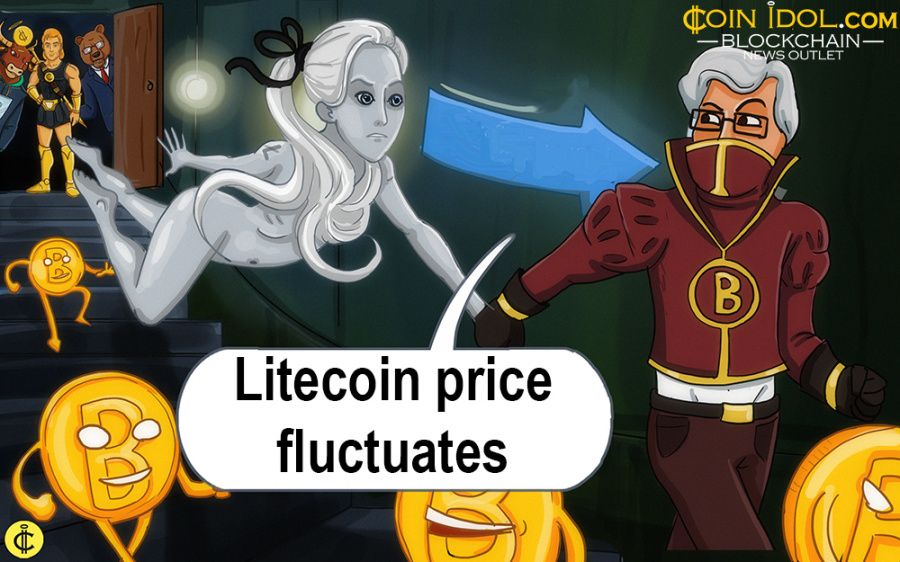 Litecoin makes a surprising downward move after repeated failure to attain the upper price level. The currency had been consolidating previously for two weeks in October but the bears push the price below the consolidation area. However, the trend corrected upward as the coin resumes its consolidation above the $50 support.

As the currency attracted selling pressure it may continue to go down after a retest at the $54 rate. There is the tendency that the price will test or break below the $50 support if the market continues its depreciation. However, if the bulls defend the $50 support, the coin will continue to consolidate above the $50 support.

LTC declines to the $50 support level but the bulls defend the rate. The market will continue its fluctuations if the bulls or the bears failed to take control over it. 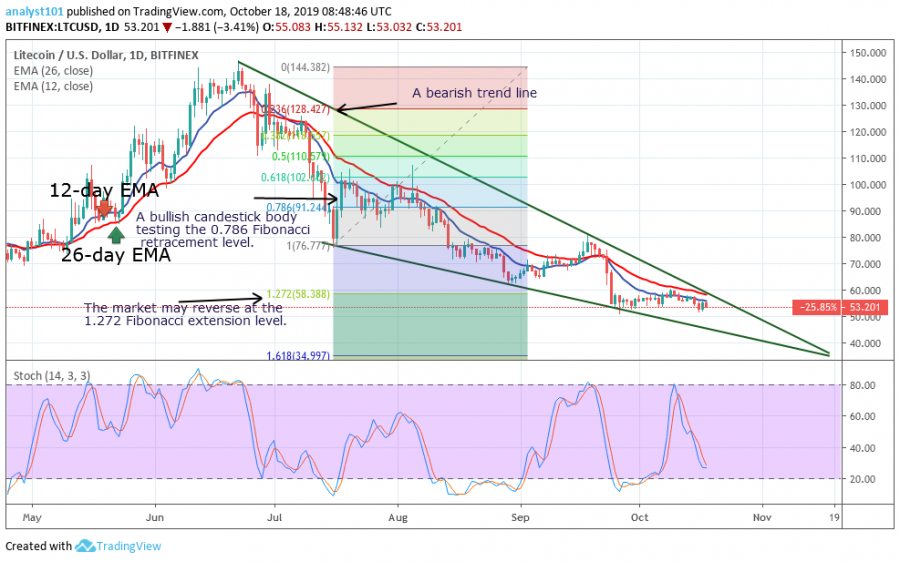 The coin is falling below the 40% range of the stochastic indicator. This explains that the coin is in a bearish momentum. The downtrend line indicates the resistance levels of LTC. If the market makes an upward move and breaks the downtrend line, this will signal the resumption of an uptrend. Conversely, if the lower trend line is breached, this will mean a further depreciation of LTC.

According to the Fibonacci tool the trend will reverse after testing the 1.272 extension level. As per the action, the market has been consolidating at the 1.272 extension level earlier this month. Recently, the coin attracted further selling but has corrected upward. It appears that the downtrend is dying down suggesting bulls to take control of rates. Litecoin is likely to rise the moment the price breaches the downtrend line.