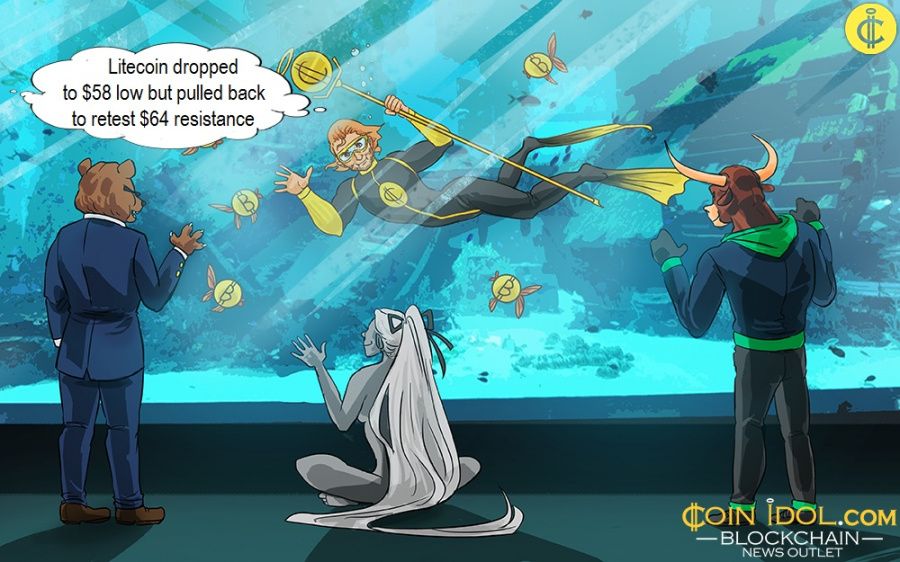 Finally, LTC slumped to a $60 low after several attempts at the $80 resistance. The bears are undone as they threatened to push LTC downward. Earlier on LTC dropped to $58 low but pulled back to retest $64 resistance.

The downward movement is now continuing after the retest. There are indications that if the downtrend continued, LTC will find support at $50. The pair may fall into the oversold region if the downtrend persists. Conversely, LTC may recommend a range bound move, if the current support at $60 holds.

In view of the recent downtrend, LTC is trading below the 25% range of the daily stochastic. In the meantime, LTC is in bearish momentum. Nonetheless, Litecoin is an itch away from the oversold region of the market. This implies that selling pressure will soon be done in as the market approaches the oversold area. 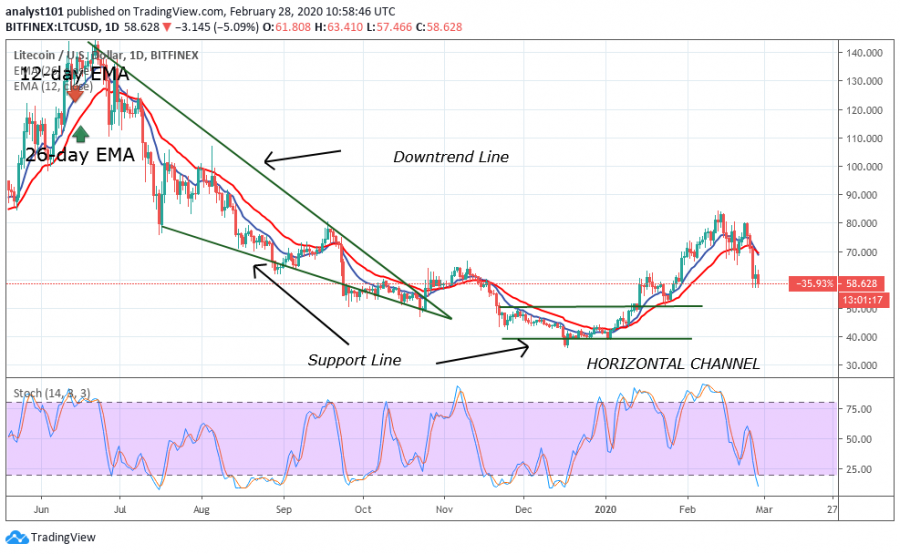 LTC continues its downtrend toward a $60 low. At present, the price is fluctuating above $60 support. The current support at $60 has been a historical price level. The current support was a resistance level in November where LTC was repelled. The market fell to $40 low. It unclear if the downtrend will continue as Litecoin is at point of being oversold