Litecoin (LTC) Ranges after a Breakdown, Is It Time to Buy? 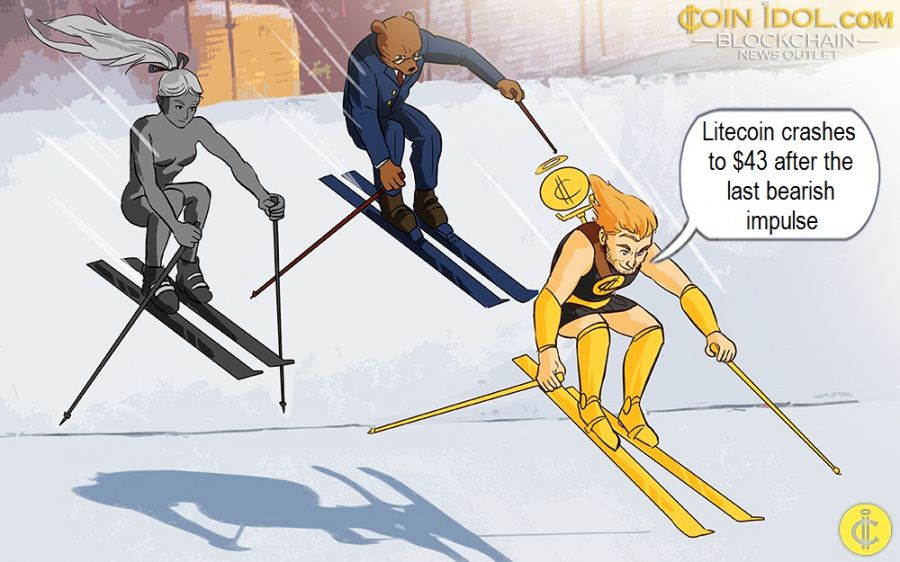 Litecoin crashed to $43 after the last bearish impulse. Previously, the coin had been trading above $50 for over a month before the market went up. This sudden price jump hit resistance at $65. After a pullback, the bulls retested the resistance to form a bearish double top pattern. This pattern formation led to a further drop of Litecoin to a low of $43.

After falling to its current low, Litecoin moves up again but faces a hurdle at the $50 resistance level. Earlier the $50 price level had provided support before turning into resistance  level. In the meantime, the pair fluctuates above the support of $43. Any attempt by the bears to break this low will result in another low of $36.

The bulls broke the downtrend line and commenced a bullish move. This uptrend was short-lived as the bulls were resisted at $65. The stochastic is horizontal above the 20% range meaning that the bullish momentum is weak. 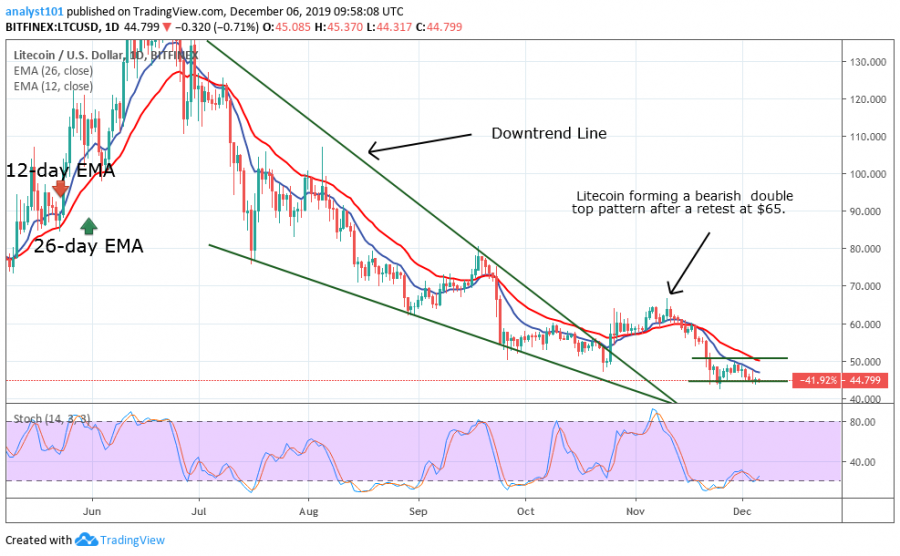 Litecoin had earlier attempted to reverse after breaking the downtrend line. It came under another selling pressure as the market resumes its downtrend. The pair consolidates at its low above $43. It fluctuates within a price range of $43 and $50. A breakdown or breakout will determine the direction of the coin.