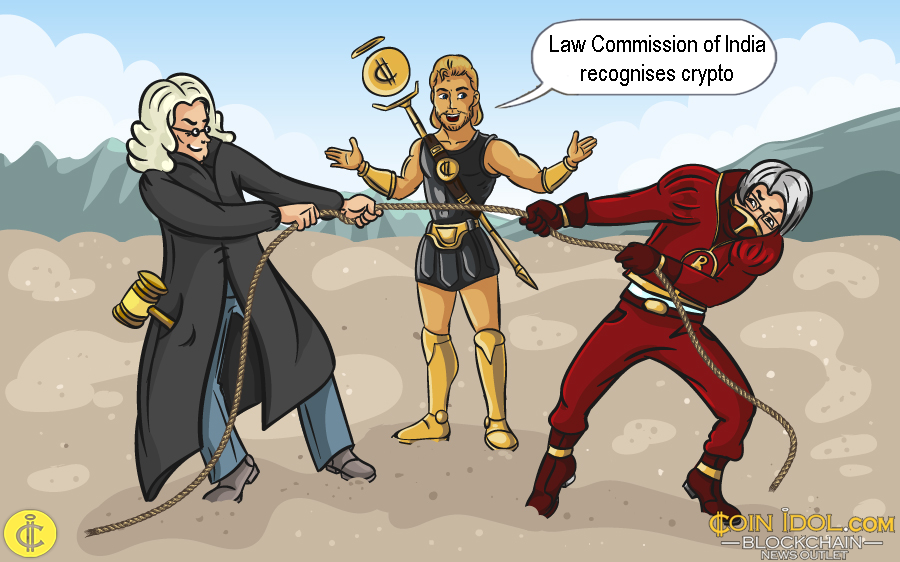 India's large embattled crypto industry may have just acquired a lifeline from another controversial struggle that seeks to make sports betting legal or to ban it completely in the nation.

The county's Law Commission, that has been ascertaining the possibility of sports gambling, has grasped crypto with other formally allowed modes of payments. The same ways used for making online transactions can as well be applied while betting on various sports instead they become legal.

In its report that was submitted to India's Supreme Court early July, the Law Commission recommended that:

“Gambling transactions should be made cashless, making use of electronic means of payment such as credit cards, debit cards, net-banking, virtual currencies (VC, or cryptocurrency), etc.”

The Apex court asked the law commission of India in July 2016 to fully undersee whether or not sports betting should be legalised in the country.

“It is the first time that a body appointed by the government has given recognition to virtual currencies that they have value and can be used for a transaction,” said Nischal Shetty, founder and CEO of virtual currency exchange WazirX. “Therefore, it is a very positive sign, especially considering the report has come out after a lot of deliberation.”

Betting has been discussed for years in many countries such as China since criminalising it hasn't worked as a dissuading factor. A collective ban on gambling has facilitated underhanded operations and a hush-hush economy.

The bigger debate on sports betting strained with the 2013 match-fixing incident associated with the Indian Premier League (IPL) cricket tournament,  a highly-supported sport in the country.  In the deathwatch of the scandal, many arrests were made such as  Ankeet Chavan, Ajit Chandila and Sreesanth, due to having connections with illicit betting and conspiring with bookies.

And that's when the supreme court woke up and gave the task to the law commission.

Mohammed Danish, a Delhi high court advocate and a regulatory expert at Crypto Kanoon noted that the law commission's view of cryptos in addition to various recognised digital modes carries a lot of hope since it has been included in the recommendation part.

“The law commission recommends that regulating gambling is preferable to an outright ban. This is the same argument we are making in context of cryptocurrencies,” said Tuhina Joshi, an associate at legal firm TRA Law, which represents several exchanges.

Keeping track of funds is one important way of regulating, the law commission has indicated that Cryptos made online gambling easier, as the transactions are very hard to properly trace.

In general, the development will chant an industry under extremely harsh treatment following the Reserve Bank of India's mega crackdown. In April this year, the banking regulator commanded all lenders to close exchanges' cryptocurrency accounts plus traders by July 7. In reaction, the stock exchanges took it to the supreme court for justice, and the final case hearing is September 11.