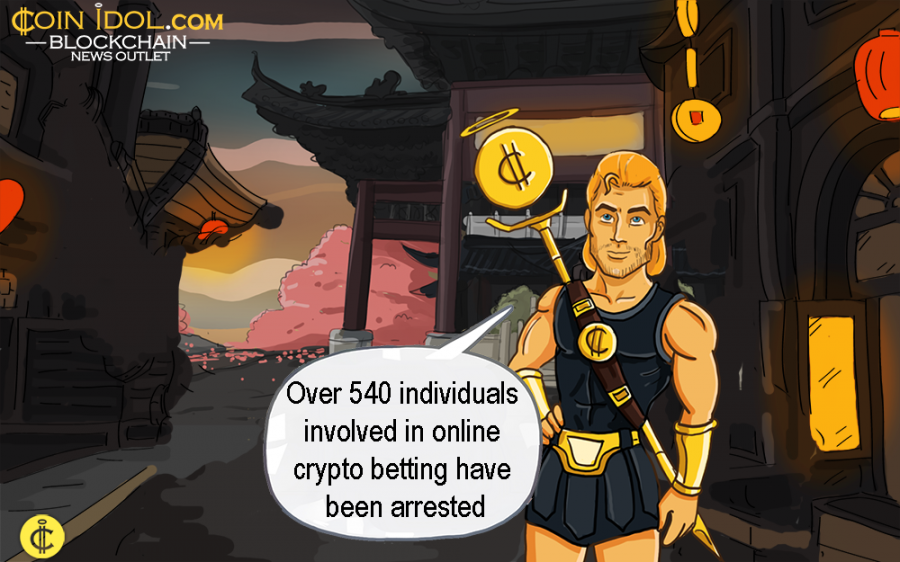 The Chinese police in the Guangdong city have confined hundreds of people in online gambling platforms which enabled betting with over $1.5 billion in cryptocurrencies such as bitcoin and ethereum. A law enforcement operation that involved 21 strong public security authorities in the city of Guangdong has battled football gambling during the Russia world cup football competition which resulted in the massive arrest of 540 people that were suspected of managing online gambling rings.

Gambling as an activity is itself felonious under Chinese law and participating in or facilitating or opening any gambling platform results in criminal offences.

The Authorities strongly censured the gambling platform for amassing abnormal profits via a pyramid scheme which emboldens members to recruit others to generate their own commissions. In addition, the bookmaker purportedly manipulated the online betting odds into different sizes of bets to enable a less number of people to gain.

Authorities have gone further to arrest '6 significant members' that are behind this wide-spreading gambling platform all over China, seized crypto worth over $1.5 million and froze assets of more than RMB 5 million.

Very many things were also seized including computers, bank cards, servers and smartphones during the operation, the authorities closed up 70 mobile apps and websites plus 250 other online active chat groups.

"[This case] is the most representative [example] of a new form of online football gambling," Guangdong Authority added.

Meanwhilst, the World Cup final is on the door that is to be contested between the two elephants, France and Croatia, this Sunday. Bet or no bet?

Tags
Online Betting Police Cryptocurrency Gambling Football City Ethereum Bitcoin
Most Popular
May 12, 2021 at 15:03
News
Cardano Consolidates Below Recent High as Bulls Attempt to Breach $1.80 Resistance
May 12, 2021 at 14:03
News
Most African Countries Cannot Access Akoin. How True is the One Africa, One Koin Sentiment?
May 12, 2021 at 14:00
PR
Spring and Bondly NFT Partnership Unlocks Digital Potential for Creator Economy
May 12, 2021 at 12:59
News
Bitcoin Cash in Sideways Move, Battles Resistance at $1,600
May 12, 2021 at 11:26
PR
XRP is Back on Track on Phemex
More