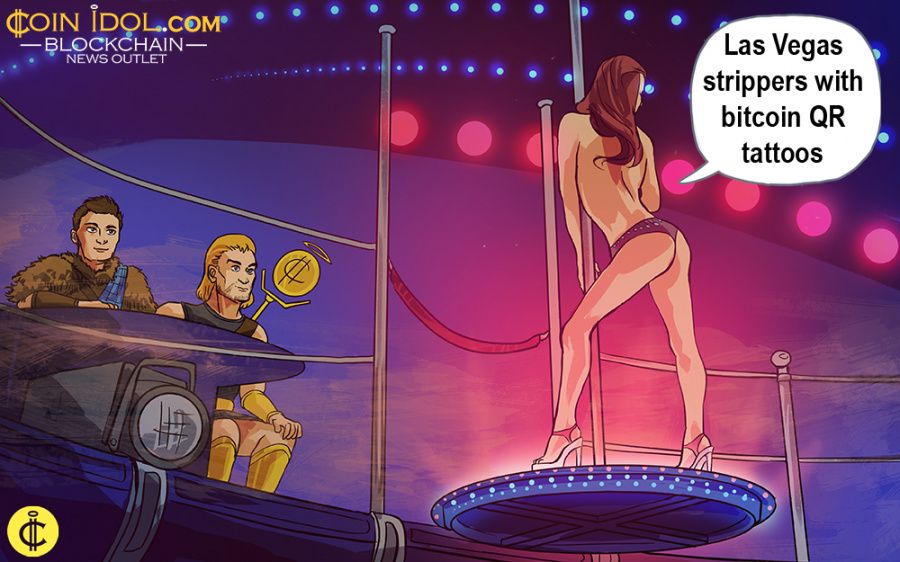 Clients of the famous nightclub Legends Room in Las Vegas can pay exotic dancers in Bitcoins, using the Blockchain technology in order to remain anonymous. The performers of the club have QR codes tattooed on so that they can receive payments electronically.

"We came up with an idea probably about a year and a half ago of how we could turn this Bitcoin into something. So we were brainstorming. First, we were thinking about a fight company because I own a mixed martial arts gym. I was like well that would work better in a strip club," Nick Blomgren, the club’s owner and martial arts master told LasVegasNow.

Blomgren explained that they were throwing out a lot of ideas until the best one was picked up. The gentlemen’s club was the top option because cryptocurrency payments keep secret anyone who doesn't want his or her partner to know about the money spending.

Club regulars who already have a cryptocurrency account can outlay the bitcoins by paying from their personal digital wallet and this transaction will be totally secret.

Temporary QR code tattoos can be found on some of the pole dancers so one can scan it and thus tip a club’s employee.

"And that's how we do private rooms," said Brenna Sparks, an adult performer.

She revealed that cryptocurrency markets became one of her interests seven years ago when she was 19 years old. Sparks explained that it was peer to peer, and anonymous, and instant.

The adult dancer also added that she and her friends believe that Bitcoin may become the future for workers in the adult entertainment industry.