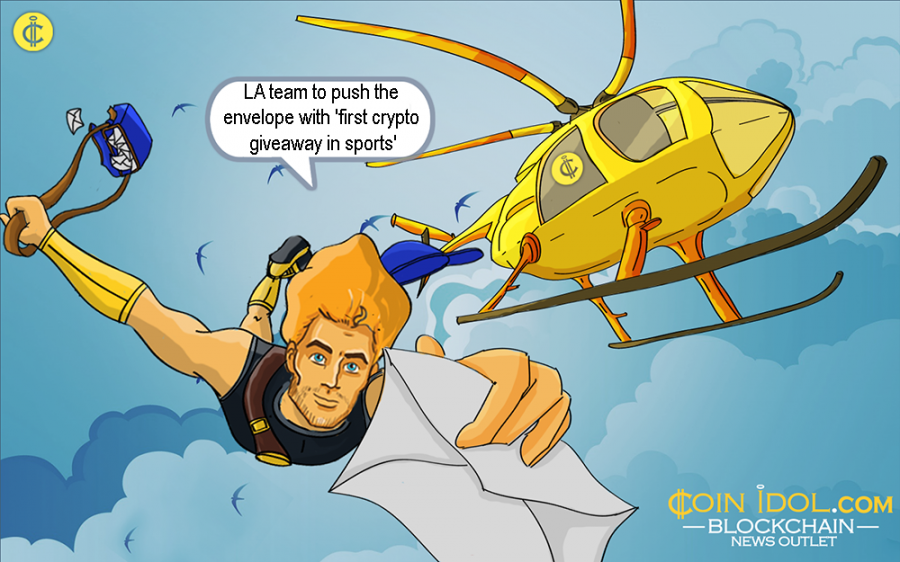 Almost 60 years after player-specific ceramic figurines were released, the Dodgers will play a big part in what is described as "the first Cryptocurrency giveaway in sports." The digitised bobblehead giveaway will occur during the LA Dodgers vs San Diego Padres game on September 21.

The first 40,000 fans to attend will get the opportunity to download a digital bobblehead of one of 3 players; pitchers Kenley Hanson and Clayton Kershaw and baseman Justin Turner.

Excitement Around the Crypto Giveaway

Every fan who takes part will get a card with a private code and a set of instructions steering them to a webpage where a randomly chosen digital bobblehead token is unlocked and put in the participant’s Ether wallet. The total of related tokens for every player is almost the same.

“We’re excited for our first-ever Crypto giveaway, and to explore an entirely new marketplace with our fanbase. We hope this piques the interest of Dodger fans, and will help launch a new age of collectables and promotions.”

Not the First and the Last

The giveaway by the LA Dodgers won't be the first Cryptocurrency event in Baseball, in July, Coinidol.com reported on considerations by MLB and Lucid Sight, a Blockchain gaming firm, to develop MLB Cryptocurrency Baseball to trade digital baseball collectables.

However, while the real game was officially launched on August 31 this year, MLB Cryptocurrency Baseball first began trading digital collectables in mid-August, with the first player groups earning $20 apiece while other famous players such as Justin Turner and Mookie Betts were earning up to $25,000 apiece.

The aim of the project is to offer fans a platform that simplifies the trading of virtual avatars and remarkable moments in baseball's recent history. There are also motives such as significant rewards for partakers that gather a full team roster.