Kwhcoin: Cryptocurrency as a Liberation Technology 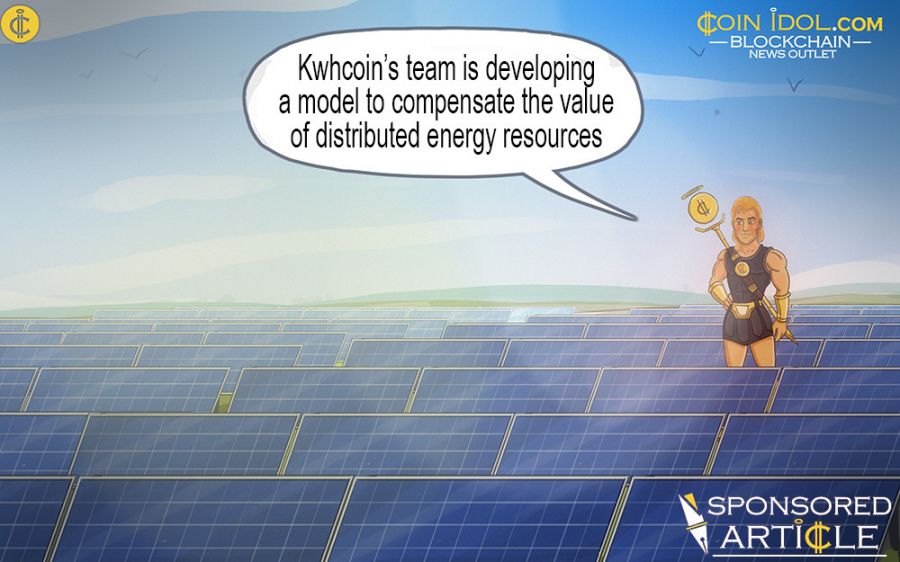 Kwhcoin is a blockchain based solution for a cost effective and network incentive based platform to integrate renewable energy and distributed energy resources into the grid. More importantly Kwhcoin team is developing a model to compensate the value of distributed energy resources at the edges of the grid transitioning to an advanced energy network that can be accessed by all with no barriers to inclusion.

The energy sector is in its most significant transition since the inception of the electricity grid. The United States is served by an extraordinarily complex and effective electric system with fossil fuel generation of electricity at strategically positioned centralized plants serving as the core reactor. The three major parts of the system — generation, transmission, and distribution — work together to bring reliable and affordable electricity to virtually everyone in America, thus providing a service that is essential to the nation’s security, economic development and social connectivity. However this is very expensive and carbon intensive at all generation and distribution points and virtually removes all of us from access to the value chain. There are many estimates but McKinsey’s values the current (depreciated) value of the U.S. electric grid, comprising power plants, wires, transformers and poles, is roughly US $1.5 to $2 trillion and the replacement costs would EXCEED $5 TRILLION dollars. The environmental impacts of such a large investment in fossil fuel energy sources are beginning to reflect in natural environment and geopolitical turmoil.

Distributed energy resources are much smaller power sources that can be aggregated to provide power necessary to meet regular demand. Clear examples are solar panels, electric vehicles, energy storage, demand response technologies, and other distributed generation sources and they can be used to deploy resources for electricity generation from multiple locations providing the components for a more flexible, two way flow of energy generation and distribution. As the electricity grid continues to modernize, DER’s such as storage and advanced renewable technologies can help facilitate the transition to a smarter grid (much less expensive grid) enabling and unlocking the potential to build an advanced renewable energy economy that can serve many purposes with positive social impact.

So…let’s involve cryptocurrency in a context different than what has become mainstay the last few months on mainstream press and through financial punditry. Kwhcoin is a cryptocurrency in the context that it will be used as the native token of a decentralized application thats aim is to create a platform that prosumers, local business, universities, climate change advocates anyone interested in an energy source that is 100% renewable and has no barriers for access. The Kwhcoin is a digital representation (backed by) a deliverable kilo watt hour that was generated or distributed as part of work that occurred on Kwhcoin platform. So, here is how it works in a clear example. A homeowner in California decides to put his energy usage data on Kwhcoin blockchain, where its monitored in real time for its billing cycle and the energy export that is integrated into the grid is instead converted to a Kwhcoin which is automatically deposited into the members digital wallet making the homeowner an energy company with viable virtual assets. The homeowner will now have the choice of accessing the decentralized application (this will serve as the marketplace for prosumers and renewable energy source seekers can collaborate to allocate resources) to access choices on the value chain or access multiple decentralized exchanges for value exchange.

Kwhcoin enables any distributed energy resource to access a value chain for integration into the grid or asset discovery while unlocking value at the edges of the grid where the value chain has been inaccessible for the majority of Americans since the inception of the electricity grid. The coin is designed to empower individuals to make an independent choice for a 100% renewable energy alternative and option. Cryptocurrency and blockchain technology enable platforms to access and activate our passions for a sustainable and environmentally conscious energy future. We can leverage these technologies to disintermediate fossil fuel and monopolistic/utility networks that due to the economics of their investments make decisions not aligned with our environmental and economic needs but are based on fossil fuel reliance as “a cheap” driver for our energy needs.

There are 1.2 billion people in the world without access electricity and over 2.5 billion with limited access to “dirty” sources for electricity generation. Kwhcoin will donate 10% of all proceeds from the initial coin offering and all revenue in the future to developing Microgrid and off grid technologies in Africa, Southeast Asia, South America and the Caribbean as part of Kwhcoin commitment to Electrify the World as first step to economic development and basic standards for quality of life. Kwhcoin project can then serve as a rail to deliver electricity to areas once inaccessible but it can also provide a stable economic currency for trade and exchange in these areas of the world most adversely affected by geopolitical turmoil and social unrest related to economic deprivation.

There are many projects and initial coin offerings that deservedly so have created a detachment from the core transformational element of cryptocurrency and the underlying blockchain based protocols that form consensus. Kwhcoin is a project that aims to give credibility back to using technology to lower the barriers of access to all and to build new systems and new applications that are all inclusive and nothing can demonstrate that necessity more than energy more notably renewable energy access for all. To build a virtual power network that anybody in the world can access with only a phone was the initial inspiration for Kwhcoin but is has now grown into a vision to build an advanced energy economy that connects us all and serve as a platform for energy and economic independence and reconnecting with Kwhcoin  ecosystem and taking on the responsibility of building and creating the world that we ALL know is possible. Come visit us at www.kwhcoin.com to join the advanced energy economy of the future.