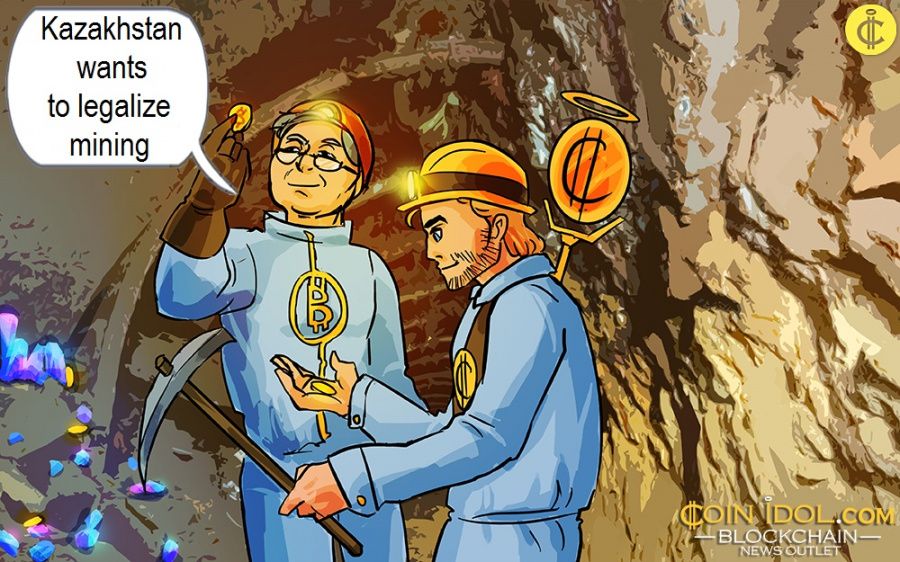 A new law to institutionalize Bitcoin (BTC) and cryptocurrency mining will be dealt with in the House of Representatives of Kazakhstan.

In addition, Kazakhstan is in the spotlight as an emerging mining centre based on low electricity prices and favourable climatic conditions. The electricity rate is around 2 or 3 cents per kWh, which is quite competitive compared to other countries.

If the bill passes, it is expected to attract great attention from the mining industry by adding flexible regulations to support the industry.

In fact, the institutionalization of cryptocurrency mining in the country started in 2018. The government has been open to digital currencies, blockchain and distributed ledger technology (DLT).

At the end of 2019, local blockchain association legislative analyst Mardi Saken revealed that the national administration is reviewing a draft tax law that does not tax digital currency mining activities.

It seems mining becomes mainstream for developing countries, as they develop a friendly attitude to the industry. Thus, as coinidol.com, a world blockchain news outlet reported, Iran is also creating favourable conditions to attract miners from all around the world. In such a way, the country hopes to bypass strict sanctions imposed by the USA.

On the other hand, the Iranian government strives to regulate the industry to prevent money smuggling out of the country and other illegal activities that might be facilitated by cryptocurrency.

Kazakhstan plans to roll out its own cryptocurrency

While it seems natural that mining started attracting attention after the BTC halving that took place on May 11, Kazakhstan has been exploring innovative technologies for some time now.

In 2018, the President of Kazakhstan at that time Nursultan Nazarbayev unveiled the plan to issue and circulate a global democratic and diaphanous cryptocurrency dubbed G-Global. Nursultan thought cryptocurrency could assist the globe to put an end to financial and economic wars, black-marketeering and slump volatility in markets.

Nevertheless, since the resignation of the Nazarbayev, the current president Kassym-Jomart Tokayev has not shed any light on how far the G-Global project has gone. Hopefully, the country might get back to the initiative on the wave of increased interest from government around central bank-backed digital currencies.