It's Not Yet Over by Facebook, Google Displays Coinbase Advertisement Once Again 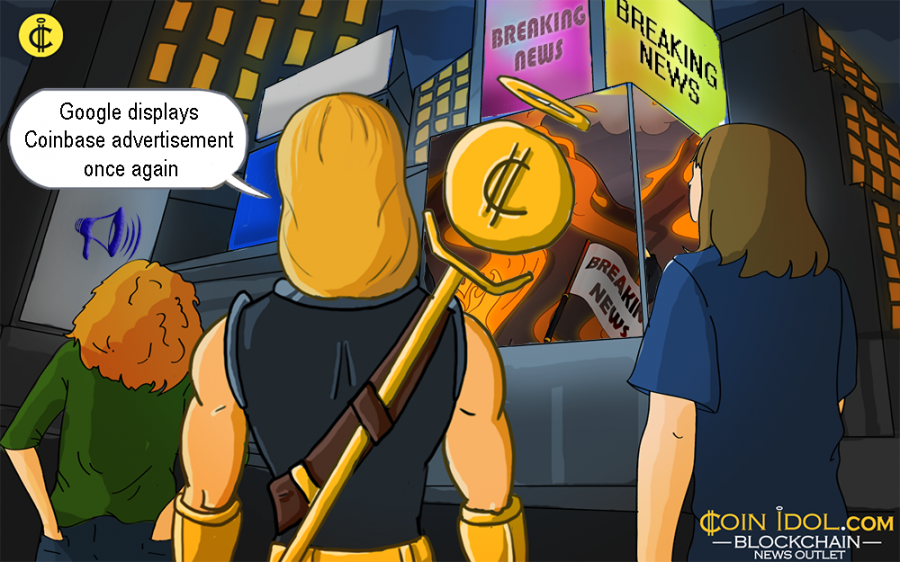 Google is now accepting crypto advertising once more. Or anyway, it's showing the adverts of giant Coinbase. This action immediately comes two days after Coinbase's adverts resurfaced on Facebook. 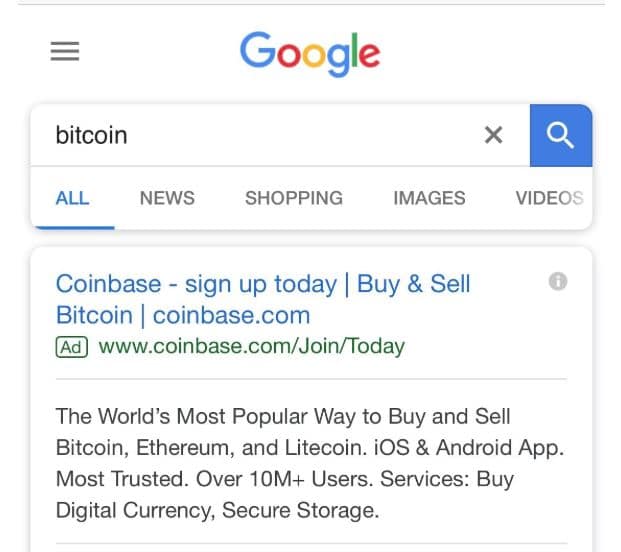 Earlier this year, crypto business ventures were negatively affected after all the giant Western websites forbade their advertisements. On January 30, Facebook was the first to proclaim its decision. Their explanation focused on the tide of scammers creating fraudulent ICOs such that people can give them investment money.

In March, Google also followed the same idea and officially announced it was banning ads. This simply implied that when people typed a word such as 'Bitcoin' in the google search bar, it could only bring the results of organic results not paid ads. Various crypto experts regarded this as a big equaliser for the cryptocurrency sector, and further accepted something had to be done on the rampant scams, though others indicated that a collective ban on the whole crypto industry was devenustate.

Twitter and Snapchat followed suit. In the case of Twitter, the adverts ban hasn't had any impact on the awkward abundance of scam bots but still was deemed a blow.

On June 26, Facebook relieved its rules for many blees of the crypto sector with ICOs staying away from the table.
Rob Leathern, Product Management Director, noted at the time:

“In the last few months, we’ve looked at the best way to refine this policy — to allow some ads while also working to ensure that they’re safe…we’ll continue to prohibit ads that promote binary options and initial coin offerings.”

The CEO of Coinbase, Brian Armstrong, officially declared his readmission to the Facebook era in last Friday's tweet: 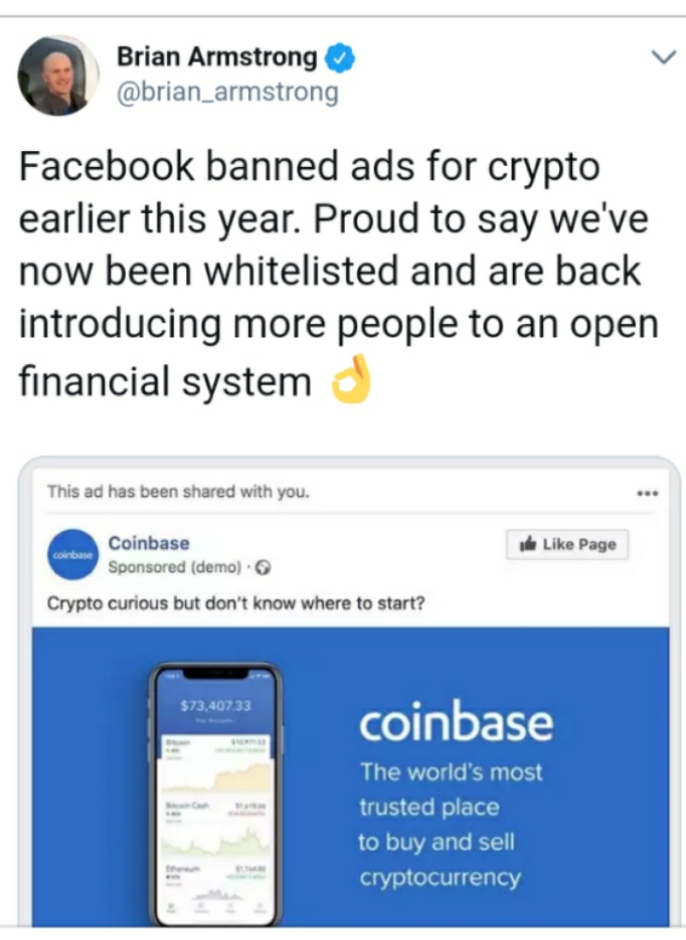 Google Is Not Ready To Lose Out

“We are seeing rapid growth in 2018 and larger institutions getting into the space and it is of no surprise that as more regulators and countries jump on board to be a part of this sector, advertising giants like Facebook and Google will not want to lose out.”

Coinbase is the US’s top crypto exchange, though it has been experiencing a decline in business since a few months ago. However, it processes over $100 million in crypto trading daily, and it even created a political action committee in order to dig deep into the financial system. And become the first ever company to reappear on two great advertising platforms, Coinbase is more likely to register a significant effect on its business.