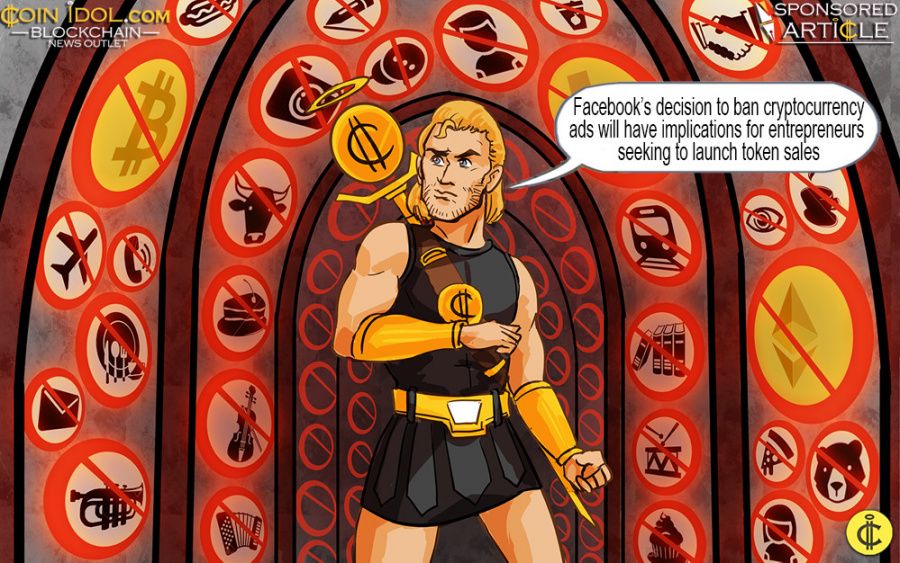 Facebook’s decision to ban cryptocurrency and ICO related ads will have real implications for entrepreneurs seeking to launch token sales.

Facebook has already said that they will revisit this policy and that the initial version was intentionally broad, the idea being that the company will refine a more nuanced approach over time--yet another example of the incredible fluidity of the crypto world at the moment. Until then (and likely after), there’s a lot for blossoming ICO’s to consider.

To help blockchain entrepreneurs negotiate this brave new world, here are four main implications of Facebook’s decision that we are already seeing in our ICO work:

2.            Increasing importance of PR. Earned media coverage pre-ICO has always been a key part of generating awareness, establishing credibility and community building. Though PR is a risky, hard to control channel, in a no-Facebook ad universe, it will have to shoulder a heavier burden. Entrepreneurs have to either find more effective ways to conduct their own media relations or get better at finding the right agency partners. Media cynicism about ICOs means this is a high stakes matter. The bottom line is that money spent on PR needs to return more than it previously did and failure to properly execute in channel will bring more dire consequences than before.

4.            A healthier environment for ICOs. Truth be told, the ability to blanket the world’s most popular social network with ads had led to numerous dodgy projects raising significant funds. While Google’s decision to ban ads by payday lenders suggests that people can and will find a way around a behemoth’s attempts to regulate behaviors, perhaps now the Wild West will be a little less wild.