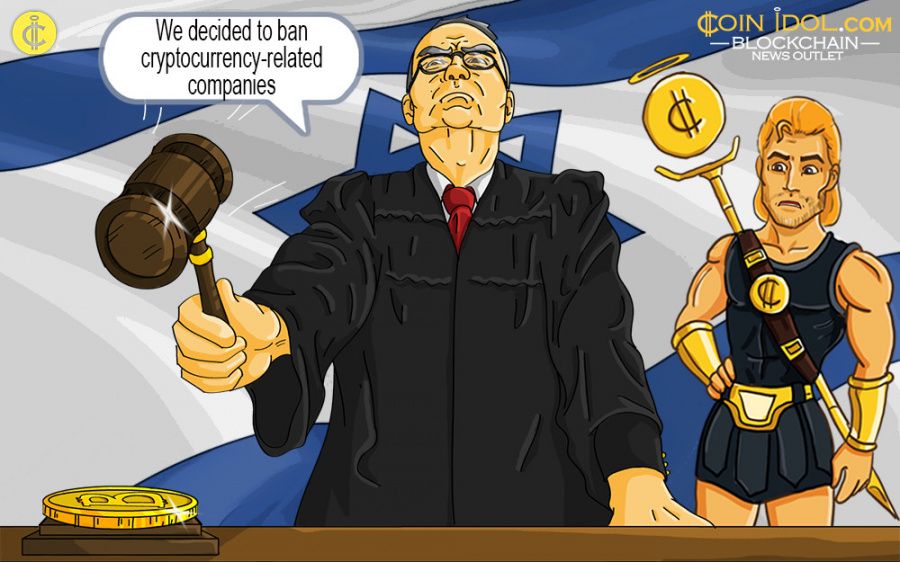 Cryptocurrency is quite a controversial industry. While some eagerly accept its disruptive potential for the entire financial sector, some (mostly, governments as they can’t regulate it) look quite suspiciously at it or even try to ban it. But how can you ban something you can’t control?

Such a move could turn away businesses from using digital money, which might prove much more effective in the government’s fight against decentralized digital assets. Besides, Israel’s policy may set an example for other countries wishing to get rid of cryptocurrencies from their financial markets.

At the moment, the exact number of Israeli companies that would suffer from such an aggressive stance from the government is not known. However, there are at least two cryptocurrency-related businesses whose shares are currently traded on the Tel Aviv Stock Exchange: Blockchain Mining and Fantasy Networks.

The latter showed concerns as to the situation, stating “these restrictions could harm investment in the company and even exclude it from trade on the stock exchange.”

As to the reasons for such a move, CNBC cited Shmuel Hauser stating:

“We feel that the prices of bitcoin behave like bubbles and we don't want investors to be subject to that volatility and uncertainty. There is an importance to signal to the market where things are... Investors should know where we stand.”

Tags
Ban Cryptocurrency Companies Israel Industry Finance Shares Stock Exchange
Most Popular
May 03, 2021 at 13:00
PR
Everything You Want to Know about Stellar, and Why it’s Getting Added to 1xBit
May 03, 2021 at 12:17
News
Bitcoin Reclaims $58,000 Support as Bulls and Bears Resume Price Tussle
May 02, 2021 at 11:54
News
South Korea Announces Testing of CBDC Right After Imposing a New Tax Framework; Is It a Coincidence?
May 02, 2021 at 10:36
News
Chainlink Breaks Initial Resistance at $38, Eyes $44 Overhead Resistance
May 02, 2021 at 09:14
News
Uniswap in Minor Retracement, Set for More Upside Momentum
More