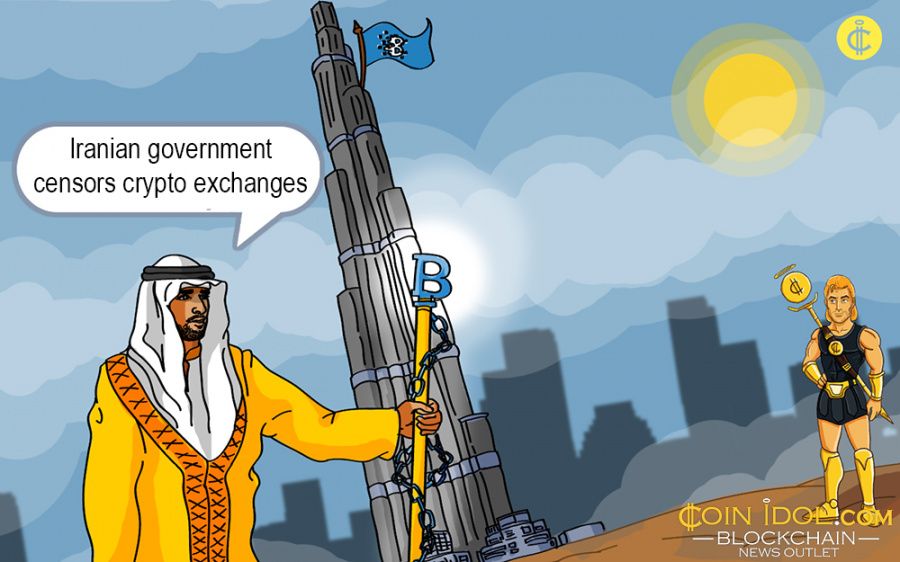 The government of Iran is strengthening its position on cryptocurrency with dynamic international relations.

The government censorship has played a major role among the Iranian society, and according to Reporters Without Borders, an international non-profit that backup world freedom of the press, the country has been rated as one of the globe’s giant prison states for journalists.

An Iranian bitcoin maniac revealed that each cryptocurrency exchange in the country was filtered since the month of May this year. Many other citizens that are crypto users also said that they facing hardships in attempting to access crypto exchanges even if they applied VPNs and other strong tools that can bypass or get around internet censorship.

Bitcoin as a better alternative for stabilizing the economy

The tendency is purportedly linked to the renewal of U.S sanctions appearing in the relatively near future possibly in August and November 2018.

The government censorship comes at a moment when a rapidly increasing population of Iranian citizens are majorly depending on bitcoin and other relevant cryptos for economic stability and empowerment.

“Many people are using it [bitcoin] as a hedge instrument because buying bitcoin is easier than going into the black market to buy yourself US dollars,” Iranian source said.

The Rial, Iran’s national currency is anticipated to lose 57% of its value by the end of 2018 because of hyperinflation.

In many countries whose currencies have been facing unreliable and unstable stores of value such as Zimbabwe and Venezuela, cryptocurrencies such as Ethereum and bitcoin have become a soaring popular alternative for many nationals.

The Director of the IranObserved Project from the Middle East Institute, Ahmad Khalid Majidyar, said that Hassan Rouhani, Iranian president might look at bitcoin as a big threat to the country’s economy since he doesn’t want at all the citizens to transfer foreign currency such as dollars, outside his country.

Integration of cryptocurrency in high gear

The government of Iran hasn’t often tried such a limiting approach to crypto-talks about starting the nation’s economic infrastructure for the integration of crypto started earlier in October last year. This year in February, reports showed that Iran was planning on creating its own crypto.

In May, Mohammed Reza Pourebrahimi, head of Iran’s Parliamentary Commission of Economic Affairs (IPCEA) revealed that Central Bank was formulating major plans of integrating crypto into financial systems of Iran.

“The IPCEA has already obliged the Central bank of Iran to start developing proposals for the use of cryptocurrency. This is one of the good ways to bypass the use of the dollar, as well as the replacement of the SWIFT system. Russia shares our opinion. We said that if we manage to promote this work, then we will be the first countries that use crypto in the exchange of goods,” Reza said.

As it stands, it looks like Iran’s stance towards bitcoin is highly changing, it’s a matter of time now as we hold on to keenly observe how shifting international understandings will pose any effect on the future of cryptocurrency across the whole nation.