Golix Files Case in Court Against Reserve Bank of Zimbabwe 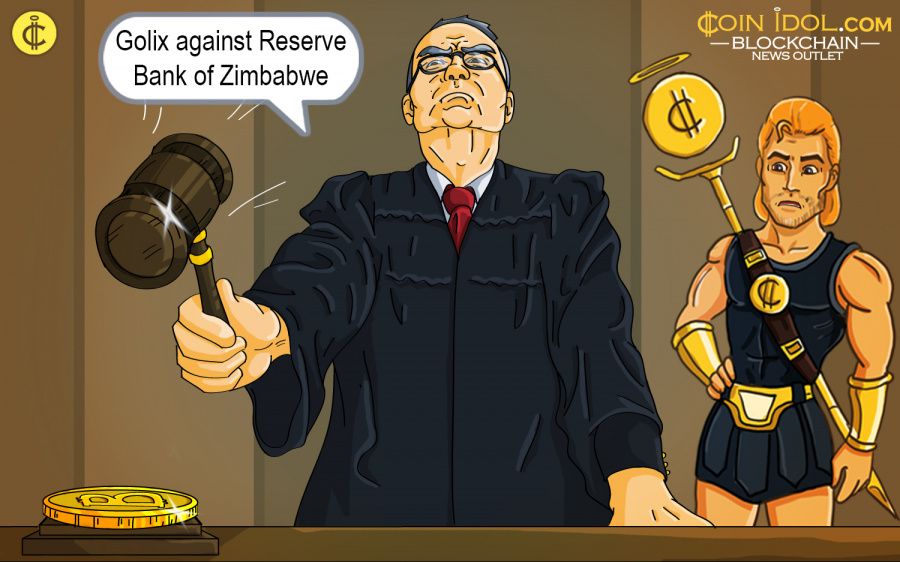 The Reserve bank of Zimbabwe (RBZ) issued rules of thumb in a circular on May 13 that detailed that all cryptocurrency activities carried out in the country were being stopped. The RBZ went ahead and indicated that all domestic digital currency operations were given the maximum of two months to begin complaining. RBZ is now facing a lawsuit from a giant cryptocurrency exchange.

Golix, Zimbabwe’s giant cryptocurrency exchange filed a high court challenge saying that the RBZ has no authority at all to label cryptocurrencies as felonious. Golix believes that it is only the legislature, the parliament that has the power to enforce rules and authority to formulate laws that forbid cryptocurrencies. It continues to insist that RBZ did not give them enough time for notice and right of response after issuing out its ban to prepare themselves in advance for any challenge.

The ban would negatively affect Localbitcoins dealings within the country, together with other three cryptocurrency exchanges i.e Bitfinance, Styx24 and Golix.

Zimbabwe registered record rates for bitcoin and other cryptocurrencies in 2017 after the military coup-like takeover of the government that was headed by President Robert Mugabe and cryptocurrencies have at superior in values within the country.

It has been a hustle for all cryptocurrency exchanges operating in Zimbabwe, which forced the Central Bank to caution the public not to participate in any cryptocurrency operations since they were not permitted by law and hence not recognized as legal tender in Zimbabwe.

Cryptocurrency businesses in the country such as exchanges are registered as companies but they were functioning lacking licensing framework intended for virtual currencies. Notwithstanding this opinion originating from the legal regulator, no regulations or laws that have been formulated to strengthen all cryptocurrency related activities.

Even though the case entangling the RBZ has not been heard, it is attracting a lot of attention from different stakeholders and courts and the effects of this sanction have already gained momentum.

All banks in the country have supposedly closed the accounts that were held by Golix and the order book has been taken down on the exchange’s website.

The citizens will now be using informal peer-to-peer trading relationships to make any cryptocurrency transactions in Zimbabwe since the exchanges have been banned.

Cryptocurrencies have been known as a popular avenue for cross-border value retention and value transfer in the whole country, with many citizens using them as a foreign currency option and other people employing them as a hedge against the country’s financial instability.

Golix has approximately 50000 regular customers, yet it only began exchanging in September 2015 and accumulated those customers within two and a half years of operation. It has been trading a total of approx. US$9.9 million and it has been collecting 3% on every transaction (1% on the sender of the transaction and 2% on the receiver) hence making a profit of $297,000 since 2015.