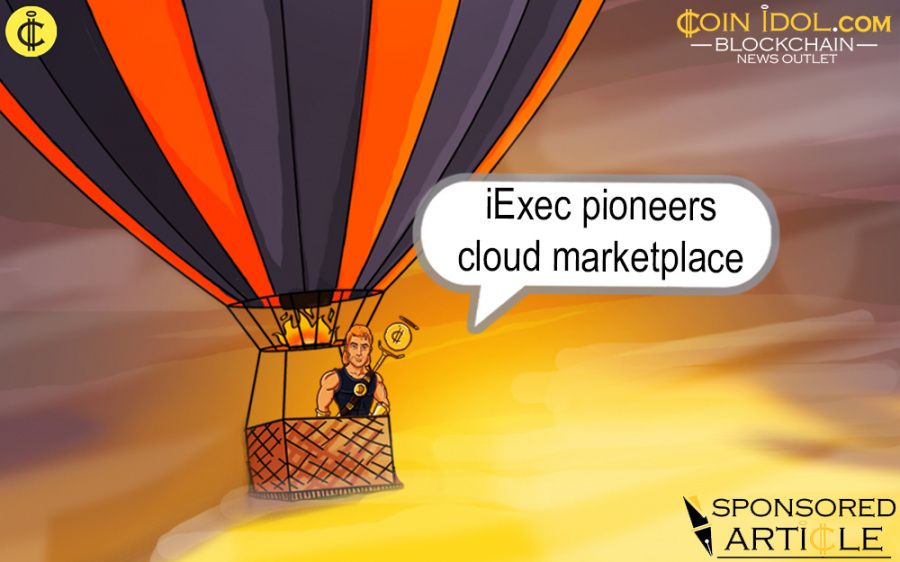 In recent years the the world has witnessed a technological transition thanks to the blockchain technology. Despite the recent eruption of cryptocurrencies and the blockchain, we are in a relatively infantile stage in the grand scheme of things. With this said, the main issue hindering exponential growth in the world computing power is the demand in contrast to the currently available supply.

Innovative projects have been paving the way for the world to progress into a hyper-connected world. Blockchain startup iExec has announced the launch of its pioneering cloud marketplace. For the first time, users can now freely trade computing power through a network of cloud providers and individual market traders. iExec pride themselves on pioneering cloud decentralization, by developing the best technologies and to invent new protocols that will bring decentralization economy for everyone.

iExec has released its decentralized cloud marketplace for everyone. With such a breakthrough, computing power can be free traded to a dedicated market, just like any other commodity. This is a huge milestone to help bring blockchain technology to the mainstream. The groundbreaking new network is a massive break through for the blockchain sphere and leading cloud providers, TFCloud, Stimergy, Cloud&Heat and Nerdalize have already announced their participation.

Anyone can benefit from this new marketplace whether you are a provider, developer or investor. The marketplace allows app develops to have access to a access affordable, secure and scalable computing power at their leisure. Each transaction is notably secure, with auditing and certification by the Proof-of-Contribution algorithm

A Decentralized Marketplace for Computing Power

iExec’s new market offers an ergonomic and standardised access to computing resources regardless of their provider. This of course differs from more mainstream markets, as the market can offer is users access to computing power and the most competitive rates. The edge of decentralization means that the entry barriers are extremely low, allowing anyone to join in and benefit from the marketplace.

The salient benefit of blockchain technology is giving power back to the people. iExec’s platform does just that, and participants can set their own prices in this peer-to-peer market. iExec does not take any fees and the marketplace offers a high level of trust and traceability. iExec has recently released this marketplace on the Ethereum blockchain, on which RLC tokens can be used as a means of payment.

Users are really put in control on the iExec marketplace. Users can place “work orders” for the computations to be executed, based on certain pre-selected categories. Similarly cloud providers who place a sell order set their own prices.

iExec are not alone on their mission and have formed strategic partnership to realise their vision. Key partnerships include the likes of “Green IT” cloud providers like Stimergy, Cloud&Heat and Nerdalize, as well as with the major Chinese provider TFCloud. These providers will be the official “workers” of the platform when it is launched. More providers will follow in the future and soon anyone will be to join the marketplace and benefit from earning RLC tokens.

Momentum is certainly on iExec’s side, as the team recently made an appearance at the prestigious Blockshow Europe in Berlin. At the event, the team revealed details about the technology powering their marketplace, with notable features including: public and private worker pools, a scheduler per pool to manage and organize machine contributions, a new pricing model labeled “pay-per-task” that allows providers to unify resources despite their heterogeneous offers, and finally Proof-of-Contribution (PoCo). This is a new consensus algorithm which also verifies every off-chain computation once executed.

The blockchain startup is also continuing their ambitious cybersecurity research programme, whose first results with Intel were presented during Consensus 2018, in NYC. iExec are currently being accelerated by Ubisoft at Station F in Paris, the world's largest startup campus. To celebrate its recent deployment, iExec will organize a “Worker Contest”, where RLC tokens will be distributed to the first individuals sharing their machines on the iExec network.

iExec are paving the way for blockchain technology to benefit the masses. For the first time, everyone can monetize their applications, servers and data-sets on iExec innovate market network. Stay up to date on social media and check out their website for more information. Read the Whitepaper here and get involved on iExec’s exciting new chapter by connecting on social media.