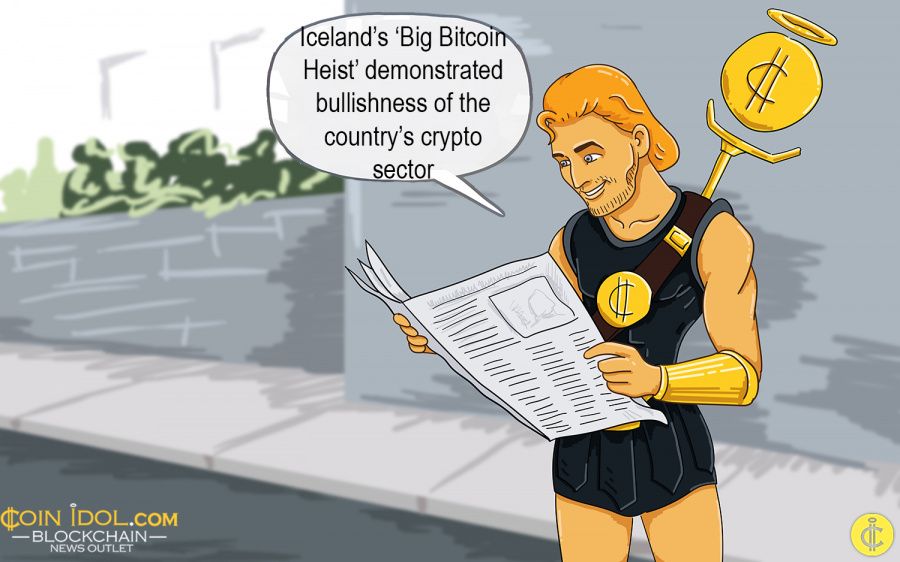 A developer and minor criminal steals 600 Bitcoin mining units and eludes on an aeroplane together with his country's leader. This story appeared like it was copied directly from the pulp fiction. Currently, this is Iceland's "Big Bitcoin Heist."

Three different raids also accounted for the stolen bitcoin units December last year from a store near Reykjavik, the capital city of Iceland. Some few weeks later, Sindri Stefansson, a 31-year-old, was captured and immediately placed in a low-level prison but he escaped a few days later through a prison window and got an aeroplane to Stockholm, capital and largest city of Sweden, delivering Prime Minister Katrin Jakobsdottir to a major political meeting,  and turned into an international fugitive.

Sindri was later fortunately hunted down and is right now behind the bars though various questions such as how did he remove 600 machines sans awakening suspicion? Is a crime syndicate involved? Where are they now? Still stand.

Some of the insiders revealed that the computers are suspected to have already been shipped out of the country, and others suspect to be hidden in a secret place in Iceland. The big bitcoin heist has led Iceland's giant crypto industry to the globe's attention and it's highly growing.

Iceland installs 500 bitcoin mining machines daily. The expert said that the heist was just a "hiccup" in the crypto sector's high increase.

Iceland is among the most alluring places in the world to mine bitcoin. Low temperatures and low electricity tariffs are major factors favouring the country to have one of the grids for crypto-diggers on this planet earth. This very year Iceland is planning to enlarge more electricity on bitcoin much higher than lighting homes for its just 334,252 nationals.

Iceland was one of the illest-hit economies of the financial crisis that happened a decade ago, and its citizens look the national currency,  the króna, with a lot of mistrust. Iceland has its very own cryptocurrency known as Auroracoin.

Genesis Mining Company,  the global's giant cloud mining firm, have leaped on Iceland's flawless metrics. That will reduce as the nation's infrastructure strive to accommodate miners.

Cryptocurrency especially bitcoin is bringing technology talent to Iceland whose domestic scene is prospering, the education system has also developed and a close-knit cabal of business people run by local VC platforms is going to set its startups to the globe.

There is a possibility that bitcoin itself might swing in value: bitcoin is currently worth $9,244 from a December 17 high of $13,860, however, it's still doing better on its $2,328 price last July, leaving Iceland to be vaulting into heavyweight crypto countries.